The artist known as KAWS worked with General Mills to create a pair of designs for Reese’s Puffs cereal. Each box includes a QR code that links to a smartphone app called KAWS Puffs, developed in collaboration with Acute Art. Using the box as a visual base, KAWS Puffs open an augmented reality cereal portal through which the user is invited to step, into a new realm.

This isn’t the first time an artist has worked with a food company to place their art on grocery store shelves. Take for example Andy Warhol (or more accurately: the Andy Warhol Estate), worked with the Campbell Soup Company to release a set of “Andy Warhol 50th Anniversary” soup cans. Like what KAWS and Reese’s Puffs did here in 2021, the design of the packaging is different, while the contents remain the same. 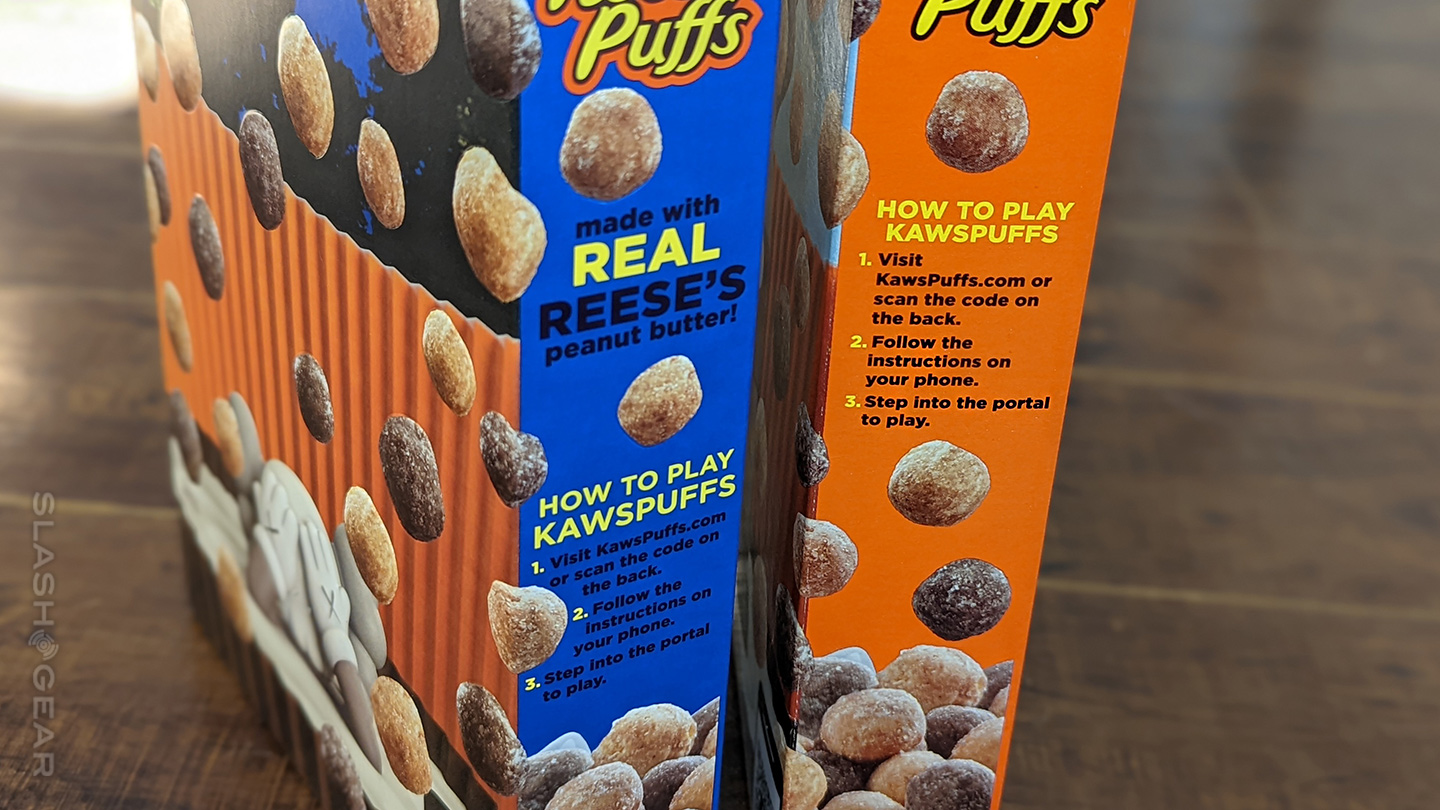 This cereal collaboration takes things up a notch and allows the viewer (and the eater of the cereal) to take a peek into the future with augmented reality. This isn’t quite the metaverse, yet – we can’t really modify the environment or take any of these pieces of digital content home with us – but it’s getting close!

The orange box can be purchased in stores across the United States right now, you’ll find them on store shelves for a price of around $3.99. They are decidedly not rare – so don’t go dropping hundreds of dollars for a box on eBay. 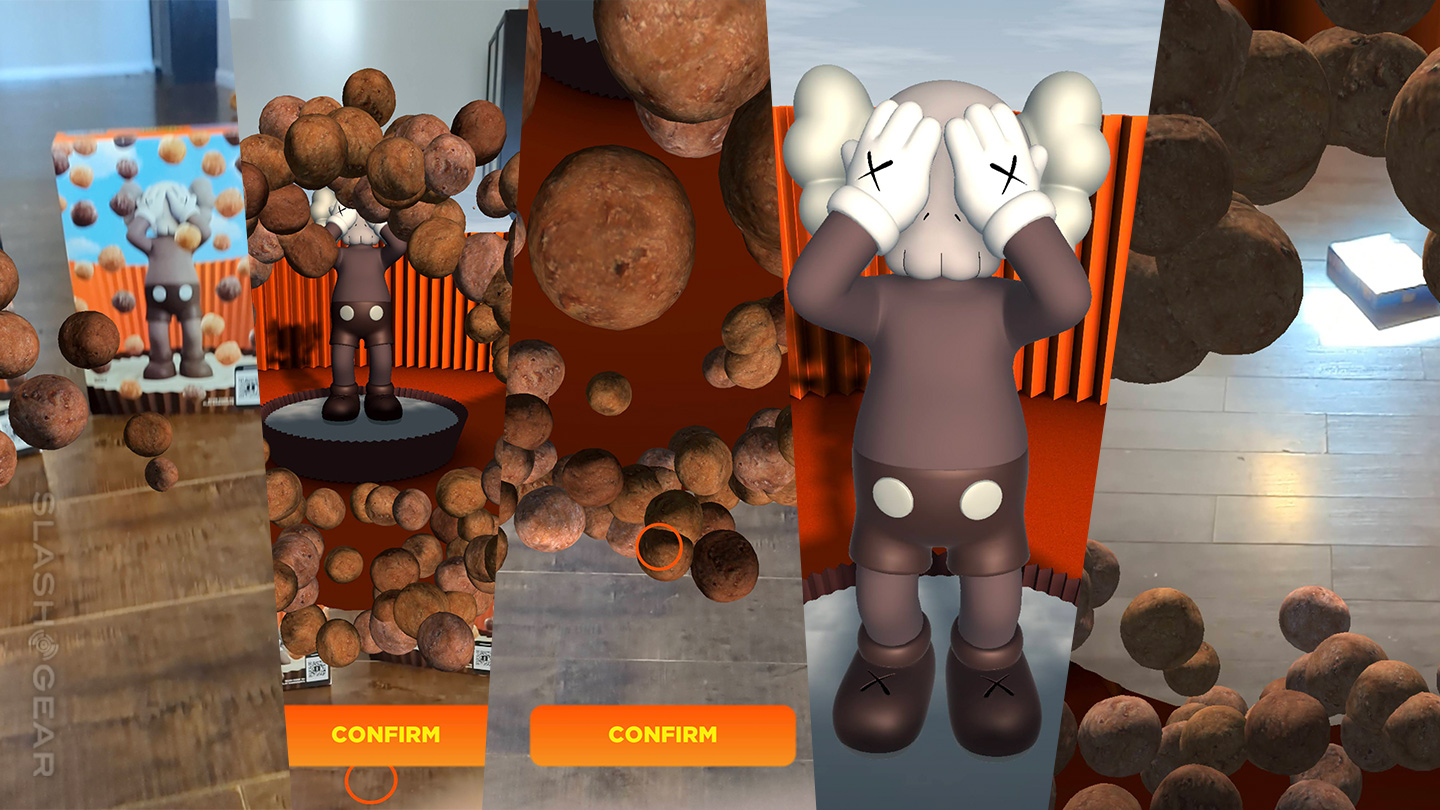 The blue box design is a Limited Edition design, made to mimic the “dynamic 24-hour AR experience” which, at night, has a dark blue sky – fancy! One batch of these limited edition blue boxes was sold on KawsPuffs.com for approximately $50 apiece – they’re sold out.

The AR experience offers another pathway to the blue box. In the app, once you’ve stepped through the cereal portal AR via Acute Art, you’re invited to play a game. The game shows the KAWS Companion standing in milk, just as it’s shown on the back of the orange box. Pieces of Puffs fall from the sky, and the user must tap to break as many Puffs as they’re able before said pieces of cereal cause the Companion to sink! 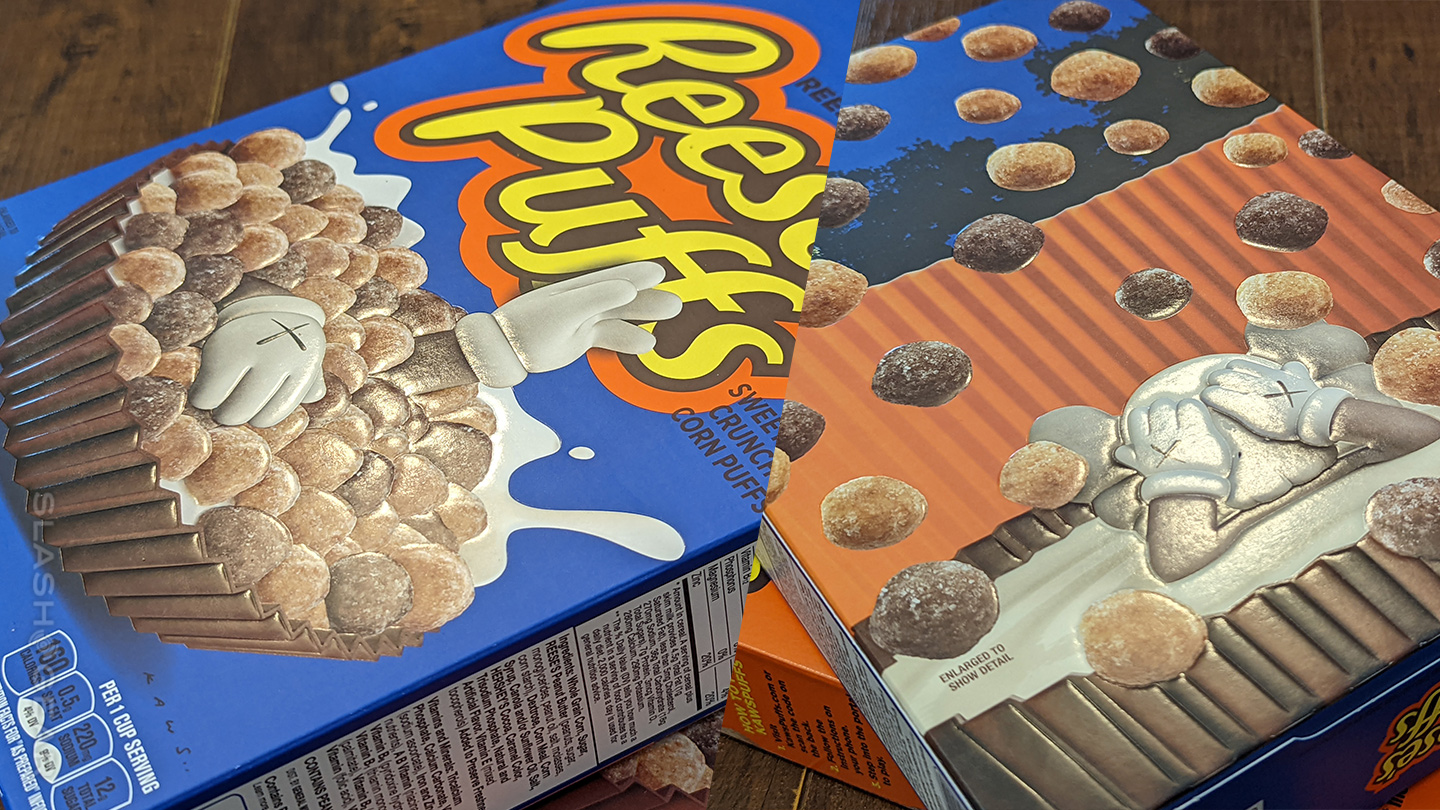 The blue box has a different design from the orange box – but it’s more than just a different arrangement of inks. This box also has 3D elements, making the box a piece of 3D art that expands beyond the flatness of a standard box of cereal here in our physical world.

And this isn’t the start nor the end of art works appearing in augmented reality, through our phones, hung on our walls and presented in any arena we wish in AR, VR, and mixed reality. The Acute Art app also delivers more KAWS and other art to users with augmented reality on multiple platforms, right this minute!