Last month, Karma Automotive presented the latest iteration of its all-electric E-Flex architecture. And now, the California-based EV maker has begun prototype testing of the E-Flex platform in a four-motor, all-wheel-drive configuration. According to Karma, this setup is good for up to 1,100 horsepower and 10,500 pound-feet of torque.

“Physical prototype testing is an important landmark for Karma, and an exciting milestone for all involved,” said Kevin Zhang, Chief Technology Officer of Karma Automotive. “We aim to make sure the platform is capable of achieving leading standards in the supercar sector and is superior in every sense.” 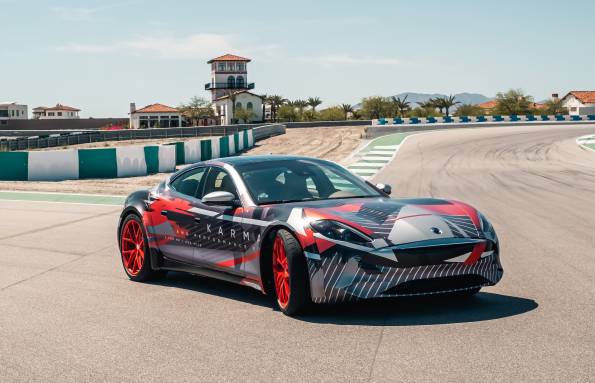 Karma’s E-Flex platform is not only intended for supercars and hypercars. According to Karma, the chassis applies to both street-bound road cars and track-focused racing cars. The inherent flexibility (pun intended) of E-Flex is engineered to support multiple drivetrain configurations. The platform was also developed as a turnkey solution for other carmakers and third-party suppliers.

“The first time this prototype was on the track was a special moment,” said Michael Jones, Director of Body & Chassis Engineering at Karma automotive. “We’ve followed the development phase from ideation to creation of our E-Flex platform to testing in our prototype.” 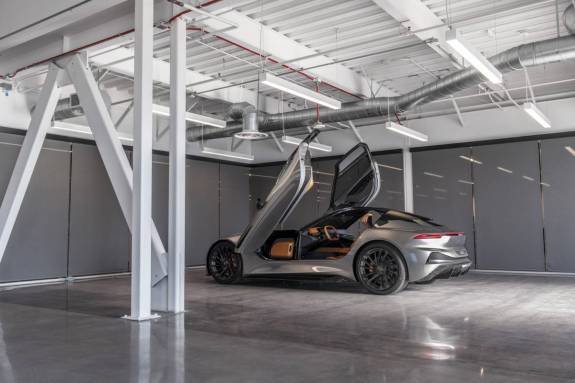 We first caught wind of Karma’s E-Flex architecture in the SC2 Concept which debuted at the 2019 Los Angeles Auto Show. The SC2 Concept blew us away with its large vertical doors and futuristic design. It happens to be an all-electric sports coupe with twin electric motors and a 120 kWh battery pack.

With 1,100 horsepower and an estimated range of 350 miles, Karma says the SC2 Concept can rush to 60 mph in 1.9-seconds. It also has pushrod suspension, carbon-ceramic brakes, and a torque-vectoring gearbox. Karma’s E-Flex architecture is also underpinning the 2021 Revero GTE luxury-performance sedan, Karma’s first all-electric car. 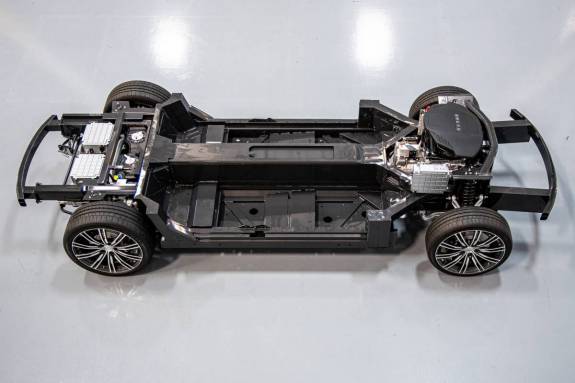 Showcasing the innovative flexibility of E-Flex, the Revero GTE is offered in two models. The standard version has a 75 kWh Manganese Cobalt lithium-ion battery good for 200 miles of range. On the other hand, the extended-range model has a 100 kWh battery rated for 300 miles of range. 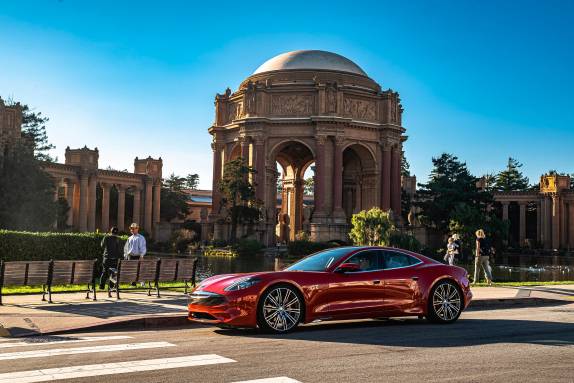