The next Kanye album was revealed today in a device called the Donda Stem Player. It’s entirely possible this device will be released without Donda onboard at some point, but for now, it’s all Donda. The album Donda has been in the works (acknowledged as existing, but not released) by Kanye West since recording started all the way back in September of 2018, then again in October 2019 through (apparently) the start of August, 2021. Now the album is set to be released on Apple Music and with this new device on August 27, 2021.

The Stem Player was designed by Kano and Kanye West and manufactured by Kano. Kano is generally known for their work on stuff like the Kano PC, a simple Windows-based machine made to assist kids in learning how to use a computer and grow with a computer.

The Stem Player device will have the entirety of the album Donda onboard when shipped to buyers “this summer.” The device is approximately the size of an adult human palm and is made to make a music stem accessible by the user. The user will access the software on the device via a webpage on a connected computer.* 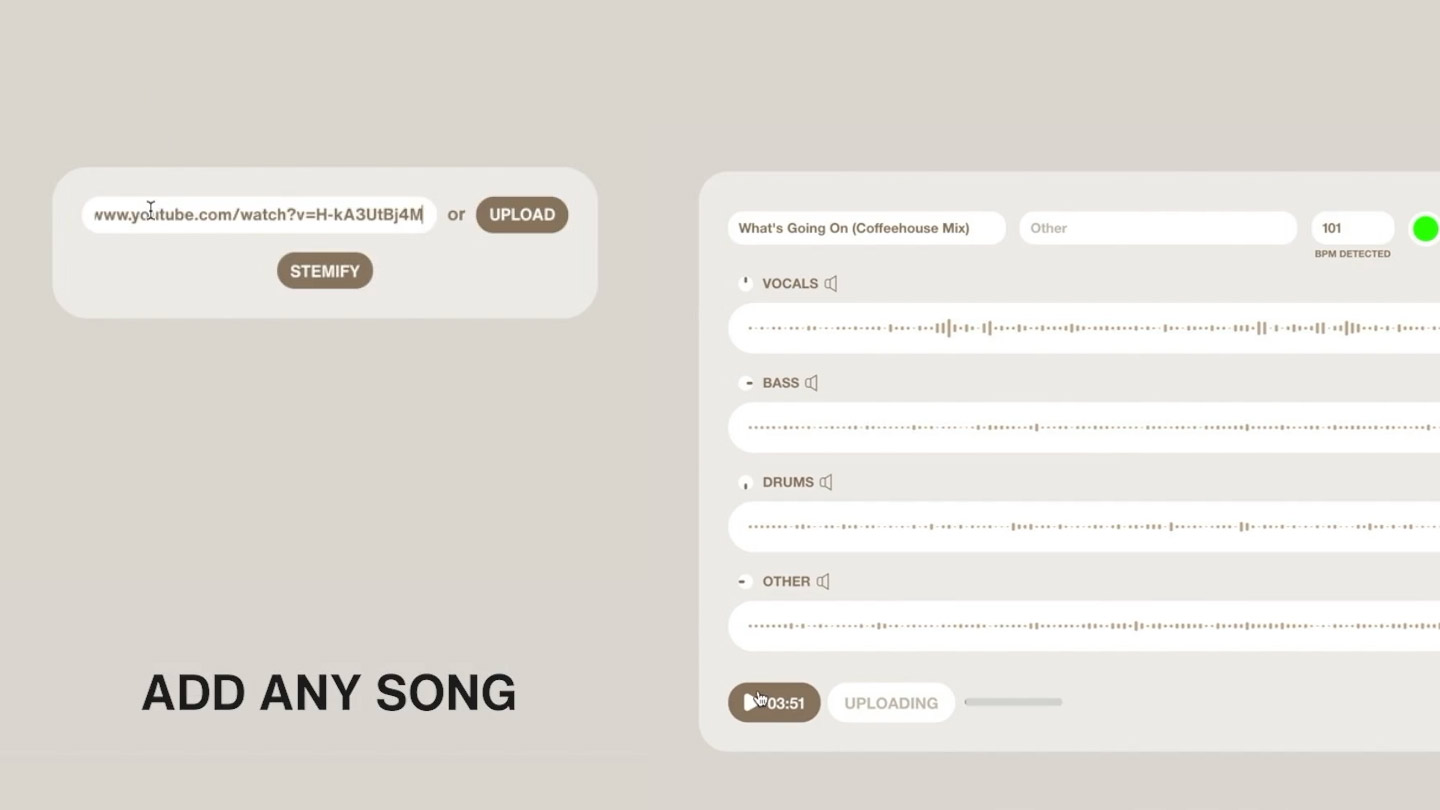 A Stem file is a music track split into four elements. Generally these are a bassline stem, melody, drums, and vocals. The Stem format is an open and free file format that can be used by anyone without licensing fees. The track elements included in the Donda album will not necessarily also be free from licensing requirements – but we shall see!

The Donda Stem Player can “customize any song.” Per the release for the device, this includes 4-channel lossless audio mixing (with stems), real time loop and speed control, live samples, one hits, and the ability to save, playback, and share mixes. 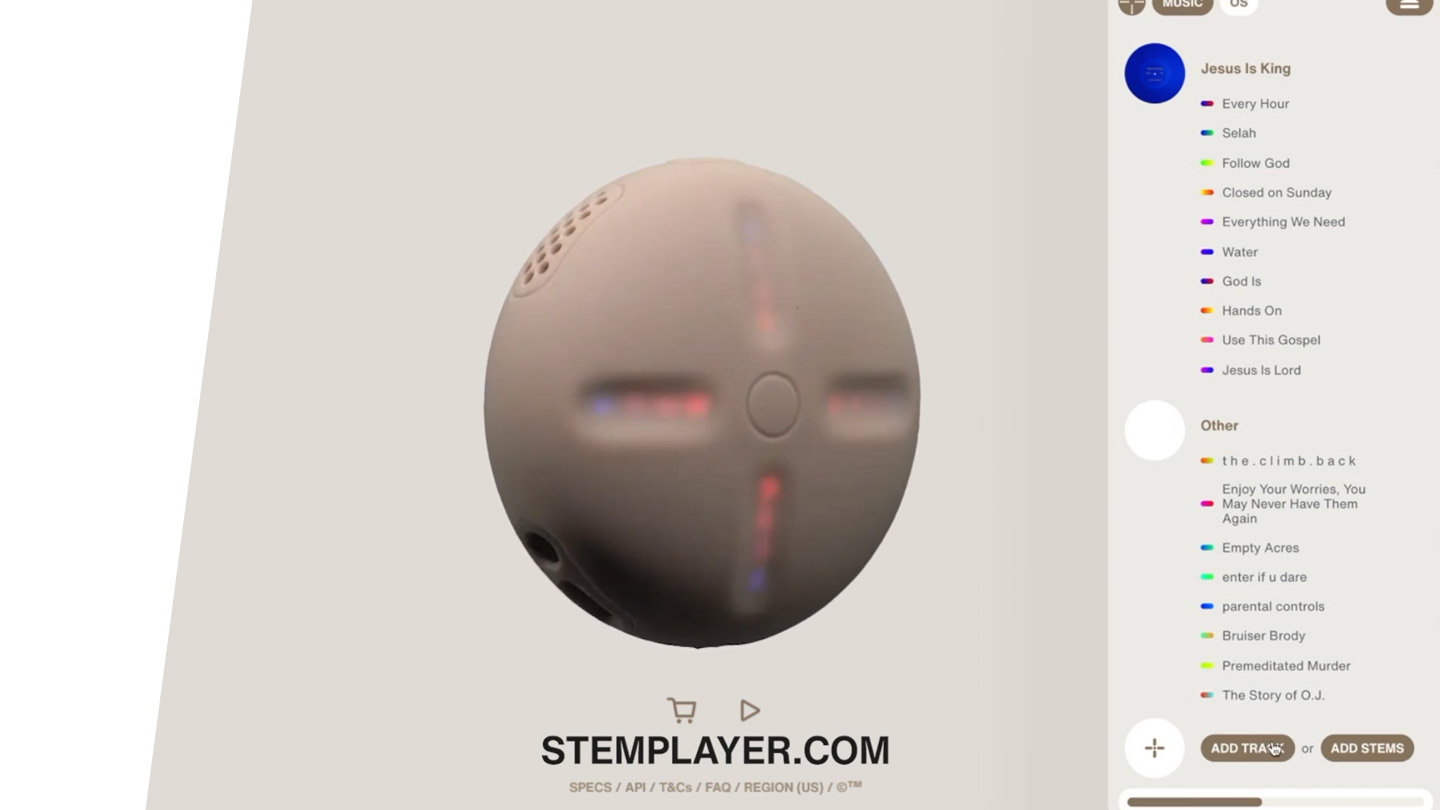 The device has tactile effects (lights and haptic feedback), custom color lighting, and a 97db speaker. There’s a 3.5mm headphone jack on the side, USB-C power and data (with internal battery to hold a charge for wireless use). The exterior is coated with a soft silicone blended skin, with an anti-static, oleophobic coating (that means it resists water, but there’s no claim about the device being entirely waterproof.)

This device has 4 touch-sensitive light sliders – that you’ll see in the preview video below. This device can play both Bluetooth and audio jack audio at the same time, and it supports a whole bunch of different audio formats, including .AIFF, .AIF, .FLAC, .M4A, .WAV, .WAVE, .AAC, .ALAC, and .MP4.

NOTE: Video was removed at the request of the maker of said video. New demo video will be released soon.

The Donda Stem Player will be available for purchase from the website linked above and likely from the main Kanye West homepage – which, at the moment, basically leads to the same place. In the box you’ll get 1x Stem Player, 1x Carry Case, and 1x USB-C cable. This package will cost you approximately $200 USD, and it’ll ship “Summer 2021”.