To quicken the development of Kano OS and its innards, the team behind the creation of the “fast, fun, friendly OS” have made it free to Raspberry Pi 2. This software works with games, web browsing, a video app, and lots of tools for software development. This system comes with a toolset of utilities for Raspberry Pi and the OS itself and is aimed at developers – though you could very well make your own tiny console with it if you do so wish.

The team behind Kano OS have come a LONG way since they launched with a kid-friendly system on Kickstarter back in 2013. Back when they first aimed to start, they needed $100,000 to get off the ground. Before the end of their crowdfunding adventure, they pulled in $700,000 USD – cancel that, actually a whopping $1.5 MILLION – lots of units to ship, that was.

Below you’ll see a Raspberry Pi 2 unit – very similar. to the untrained eye, to the first Raspberry Pi.

Kano OS originally came – and continues to come – in a kit with a first-gen Raspberry Pi kit inside. It also includes a keyboard, a case, a speaker, cables (like HDMI for video output), and a dongle for Wi-fi. 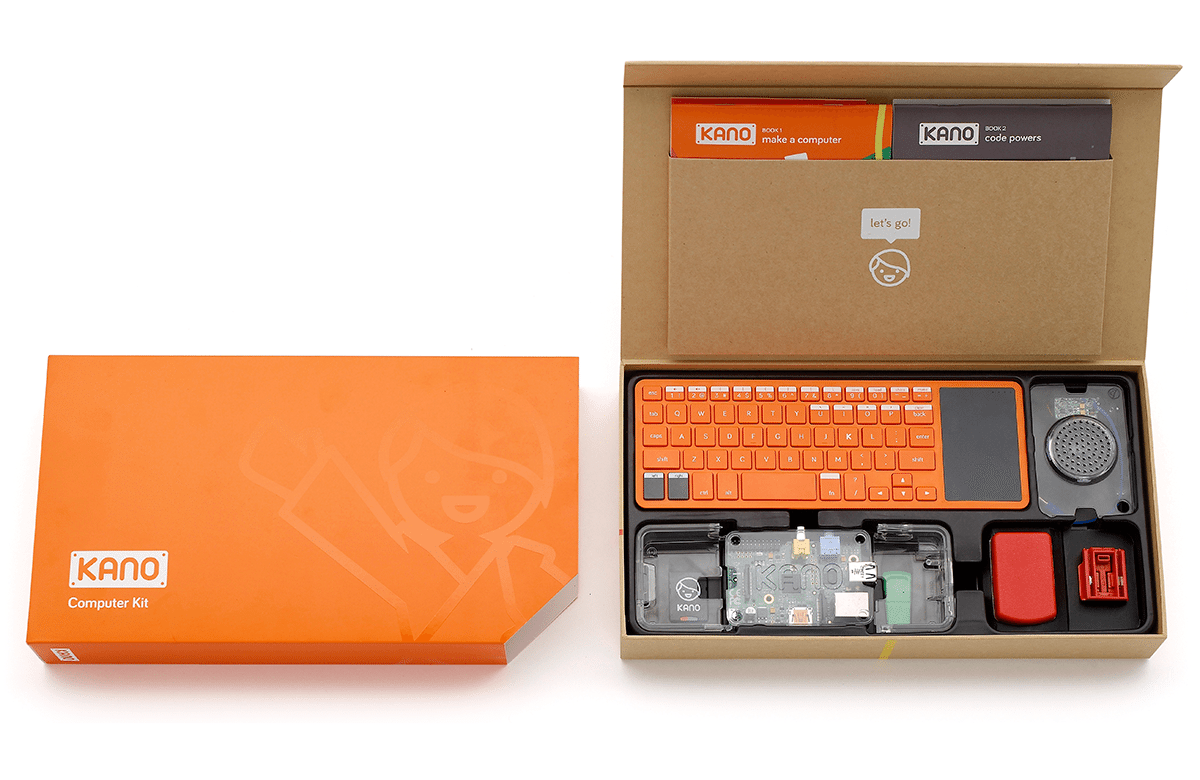 This kit is still being made available at the Kano homepage for $149.99 – available in any color, just so long as it’s orange.

Above you’ll see an example of a creation made with the Raspberry Pi (likely the first-gen, but just as viable with Raspberry Pi 2).

Over at the main Kano downloads page you’ll find the operating system prepared for multiple kinds of hardware. There you’ll also find two books for download: “Make a Computer” and “Code Powers”, both free, both ready to help you or someone you know create their own computer system with ease.