Jupiter’s spot is fading, Neptune’s too

Jupiter’s red spot was its most defining characteristic for the average observer – save its size. But like all storms, this one had to end sometime. This storm was observed since 1830, and may well have been in existence for hundreds of years before that. Despite this, at least one scientists believes the red spot’s time is soon ending.

The “Great Red Spot” changed shape over the past several decades. The first image you’ll see below comes from Pioneer 10 in 1974, showing a red spot with solid edges and a far more stark appearance compared to its surroundings. The image in the center shows Jupiter’s spot photographed by Voyager 1 in 1979.

The third image above was captured by amateur astronomer Damian Peach in 2010. The photo shows the red spot in the upper left, far more circular now than it was in the previous image. The storm is changing shape as it moves toward snuffing out. You can see this and other images of Jupiter at NASA.

“Nothing lasts forever,” said Glenn Orton, Senior Research Scientist at the Jet Propulsion Laboratory, Caltech. Orton worked on the Juno Proposal Team & Juno Science Team to observe Jupiter. Orton spoke with Business Insider on February 18th on the subject of the Great Red Spot in the context of Juno’s latest photos. The Great Red Spot lasted as long as it has because it’s in the position it’s in.

“The GRS will in a decade or two become the GRC (Great Red Circle),” said Orton. “Maybe sometime after that the GRM [Great Red Memory.]”

A guide for the storm’s ending comes in a planet with a very different set of gasses. Neptune has storms too – dark storms across its bright blue exterior. Hubble captured images of a large storm appearing in mid-2015, shrinking over the next year, eventually disappearing in late 2017. Images were captured over this period by a set of researchers from the University of California, Berkeley. 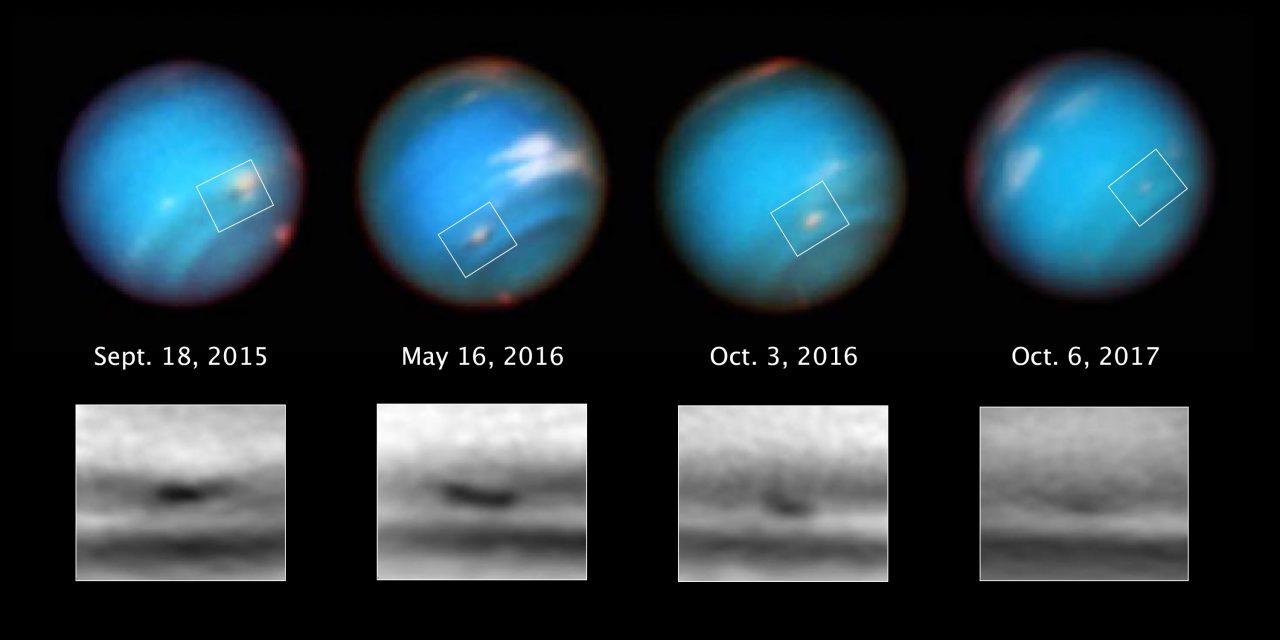 “It looks like we’re capturing the demise of this dark vortex, and it’s different from what well-known studies led us to expect,” said Dr. Michael Wong, from the University of California, Berkeley via SciNews. “Their dynamical simulations said that anticyclones under Neptune’s wind shear would probably drift toward the equator. We thought that once the vortex got too close to the equator, it would break up and perhaps create a spectacular outburst of cloud activity.”