Over the past several weeks I’ve been testing out Joule, a system of wearable caffeine patches that administer the drug gradually rather than all at once. With coffee or soda I’d have been getting high and getting low within an hour. The sugar crash happens, I’m back below where I was when I started. What the folks making Joule have suggested is a fix. Not just a short burst of energy, but a lengthened distribution of caffeine through my skin.

I was extremely skeptical of this solution from the start. I really enjoy the burst of energy I get when I drink a cup of coffee or a can of Pepsi. I’ve gone so far as to start buying cans of Surge again since they pushed the brand to gas stations more widely earlier this year. 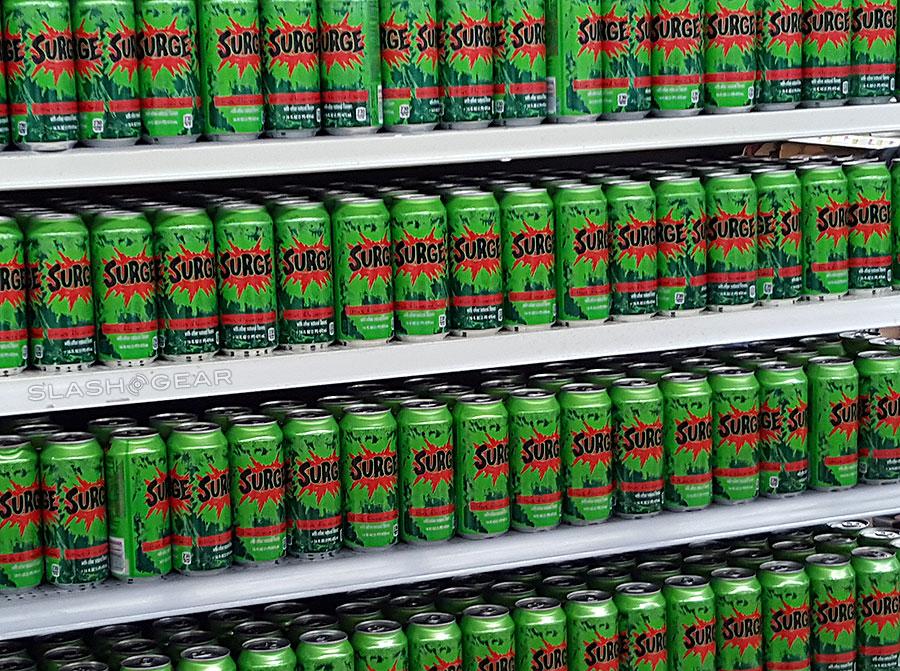 But I do want some other sort of way to get through my day.

I am really and truly addicted to caffeine. I have a lot of trouble doing work during the day if I’ve had no caffeine at all, and if I’m in a place where I have access to caffeine after an extended period having not had any, I’ll pay more than reasonable prices for a can or cup of it – soda pop or coffee.

I enjoy caffeine very much. If I’m in a bind, I’ll drink crappy coffee. If I’m very lucky, I’ll drink Surge. Joule offered an alternative to any sort of drink – in a patch.

I was given a packet of sheets, on each of these sheets a set of patches. Each patch had a sticky side and a crosshatched, white, almost medical-grade-looking material side. The patch stuck just fine on any part of the non-hairy bottom of my arm.

More often than not, I pasted one of these patches on my wrist.

These patches are part of a system which incorporates a “Joule bracelet” of sorts, so it’s not necessarily going to be the same patch situation I was using in this test. This is still the prototype phase.

Normally I’d avoid products like these – or at least testing them. I’m a little squeamish when it comes to medical procedures of the invasive kind – but this didn’t feel like I was being prodded in any way that was uncomfortable to my person.

Instead, Joule was more of a patch that I stuck to my arm then forgot about. On the outside of my arm. At the end of the day, or at the end of the 4-6 hour period, I’d take the patch off and toss it in the garbage.

“Transdermal administration is simply another method of helping active ingredients reach your blood stream, which is also the goal of digestion. Transdermal release is more slow and controlled than oral administration so as long as the correct concentrations are used, there is no significant dangers of administering ingredients transdermally versus orally. Joule has roughly the same caffeine content as a cup of coffee but administered over 4 hours so the amount being taken up by your blood stream will not be a shock to your system any means if you already enjoy caffeine regularly.” – Joule

Why would I want to wear caffeine?

If you’re not the sort of person who drinks caffeine regularly, you probably shouldn’t get started. Caffeine is a drug – not an illegal drug, but a drug nonetheless.

If you’re happy with the fact that you drink 5 cans of soda a day, or more, and you’d just like a different way to imbibe – this might be your next key to keeping up throughout your day.

• Joule could be cheaper than soda: Based on the prices you’ll find in the Indiegogo campaign, these patches cost around $30 for a pack of 30. If you’re the sort of person that drinks an energy drink every few hours, Joule patches are most certainly going to cost less.

• Joule is certainly better for your teeth: Imagine how much better your teeth will feel after you cut coffee or soda out of your diet entirely. Coffee stains your teeth, soda pop’s eats away at your teeth with sugar. Just so long as you don’t EAT the Joule patches, you should be good.

• Joule requires no drink at all: Using a patch is easier than drinking a cup of coffee. Much easier.

Yes. As far as we can tell, these caffeine patches do exactly what their makers suggest they’ll do. You’ll slap one on your wrist, then for the next four hours or so you’ll have an ever-so-slightly larger amount of energy.

Do they work? Yes.

Does it make sense to use them? Sure.

Will it be socially acceptable for you to use them? Maybe. Consider what your friends and colleagues will say and/or think when they find out you’re on the patch, but not the nicotine patch, the caffeine patch. And not because you want to quit.

You can access these patches via WearJoule through the future. Let us know if you get the patches, the bracelet, the watch, or the stickers – or the whole lot.