Jeep spent $1.6bn on the future home of its new hybrid SUV – and invited me inside

Usually, seeing the underside of a new car on a launch event is a sign that something went terribly wrong. Even before I’d touched the wheel of the new 2021 Jeep Grand Cherokee L, though, I’d seen it stripped back to bare metal. The automaker knows that perceived quality is key to nudging the first three-row Grand Cherokee upmarket, and that involved a tour of where they build it – and a preview of what’s to come.

It’s all happening at Detroit Assembly Complex Mack, a 3 million square foot factory in the heart of Detroit. Generally known as Mack, up until less than two years ago it was the home of FCA’s Pentastar engine family. Now, $1.6 billion later, it’s something a lot more special. 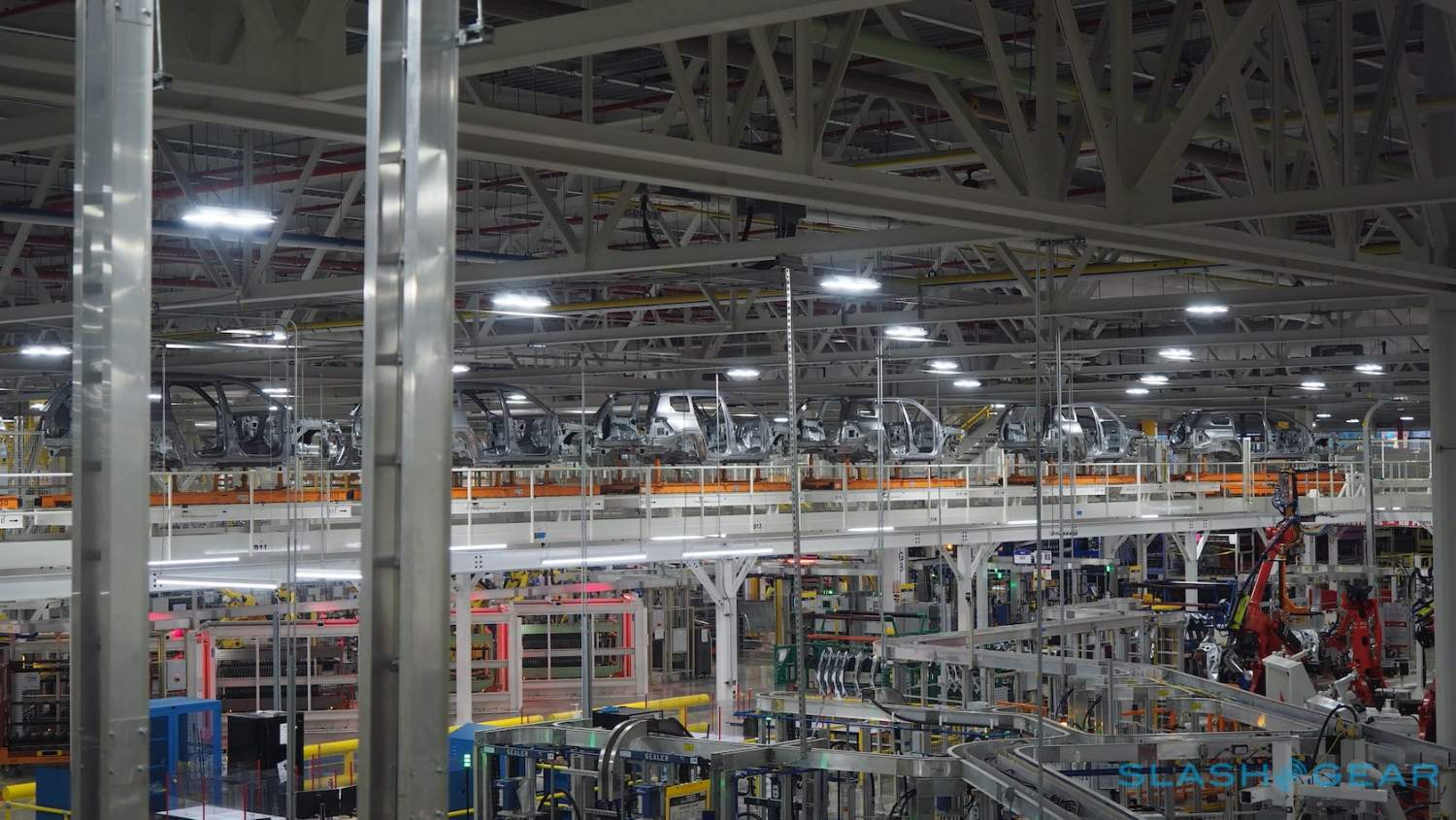 The Mack site has been used for manufacturing for more than a century, but this renovation for the Jeep Grand Cherokee family makes it the first new assembly plant in Detroit for three decades. The result is a trio of buildings – the body shop, the paint shop, and general assembly – where the new SUV is pieced together, laser welded, painted and polished, and then united with its engine, drivetrain, cabin tech, and everything else, before being run through a battery of tests. 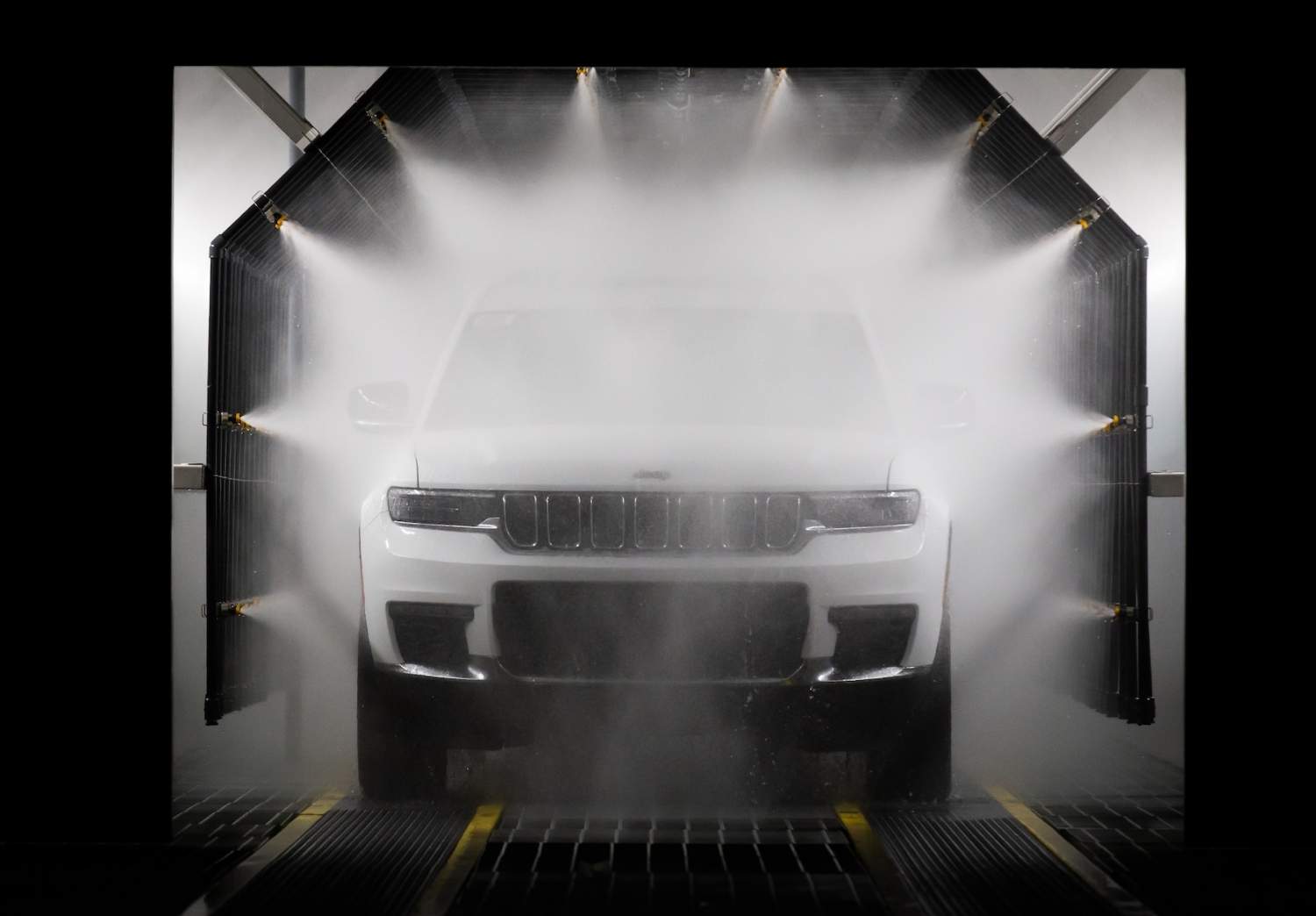 Jeep – now part of Stellantis – is clearly proud of the reborn Mack. Factory tours aren’t atypical, but seeing a running production line for a car yet to arrive at dealerships is still relatively unusual. Then again, the Grand Cherokee L is pretty unusual, too. 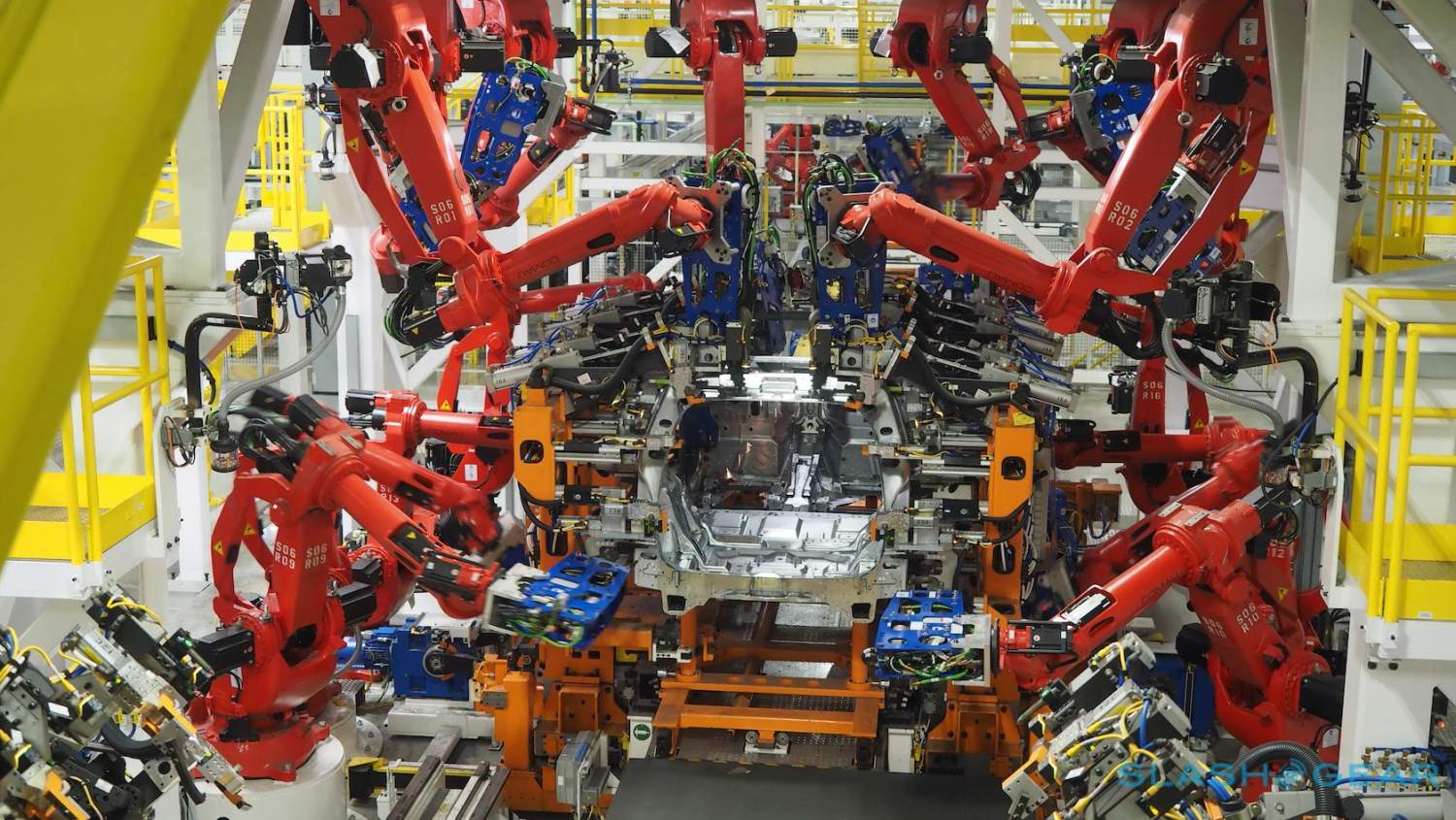 It’s the automaker’s first three-row version, an overdue development you could say given almost three-quarters of sales in its segment are now of 6- or 7-seaters. The Grand Cherokee has been good to Jeep over the years; even the outgoing generation remains the company’s best-selling model. Problem is, the segment is changing, and so is Jeep itself. 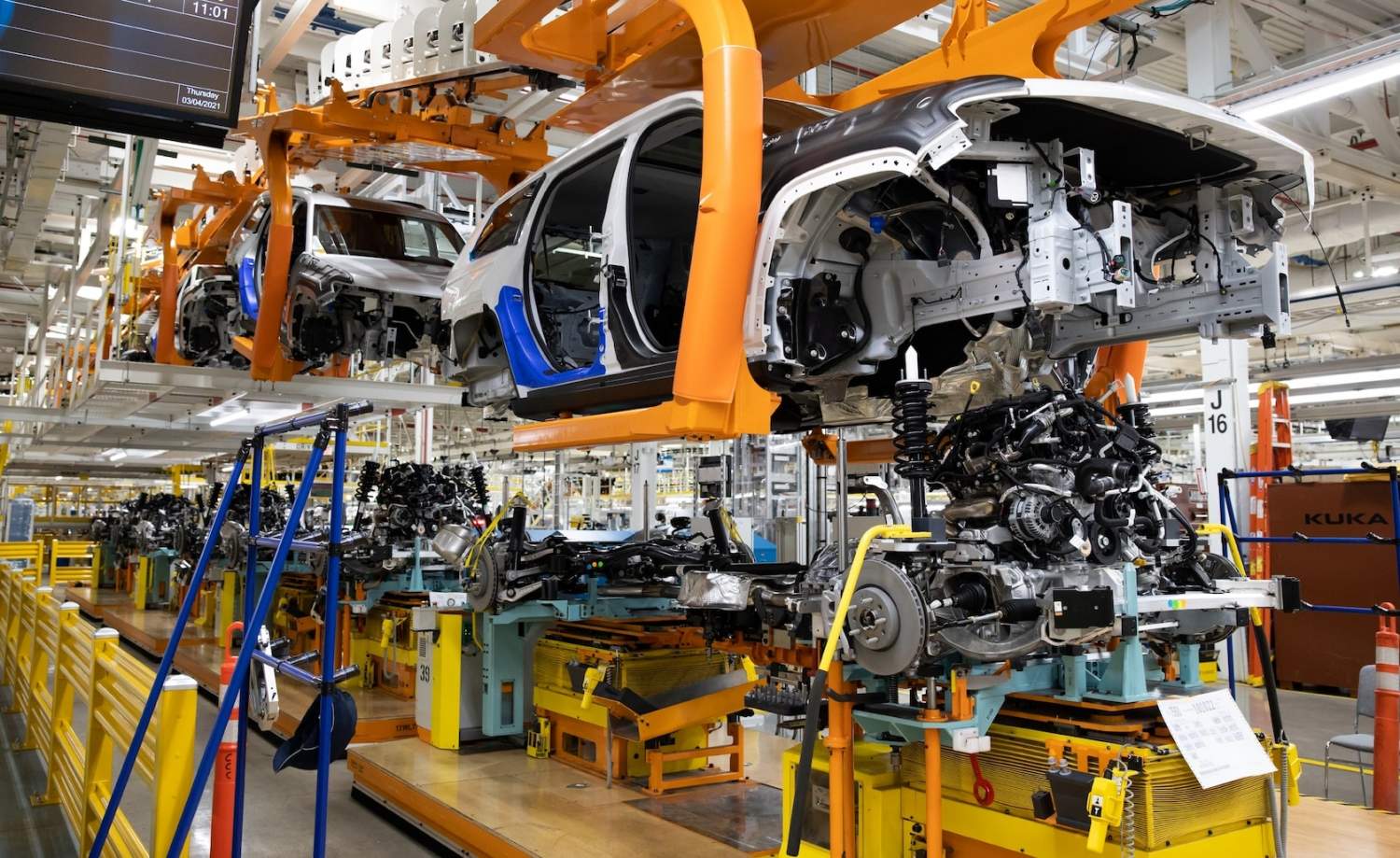 The new 2021 Grand Cherokee L is the first step in that process. Longer than the current model, to accommodate that all-important third row of seats, it’ll be followed by a two-row Grand Cherokee that’ll also be built at Mack. That’ll come later in the year.

What’s really intriguing, though, is the Jeep Grand Cherokee 4xe. That’ll be a two-row plug-in hybrid, borrowing the new PHEV badge that Jeep used already on the Wrangler 4xe. As with that smaller SUV, it’ll have a gas engine combined with a battery and electric drive.

Jeep isn’t spilling details on the exact configuration – the Grand Cherokee L will offer a choice of 3.6-liter V6 or 5.7-liter V8, whereas the Wrangler 4xe pairs a 2.0-liter turbo-4 with electric motors – but expectations are quietly high for its reception. Launched only a few months back, the Wrangler 4xe has been a hit for Jeep (helped, undoubtedly, by some particularly juicy lease deals) and, equally importantly, hasn’t diluted the company’s reputation for “go anywhere” talent. 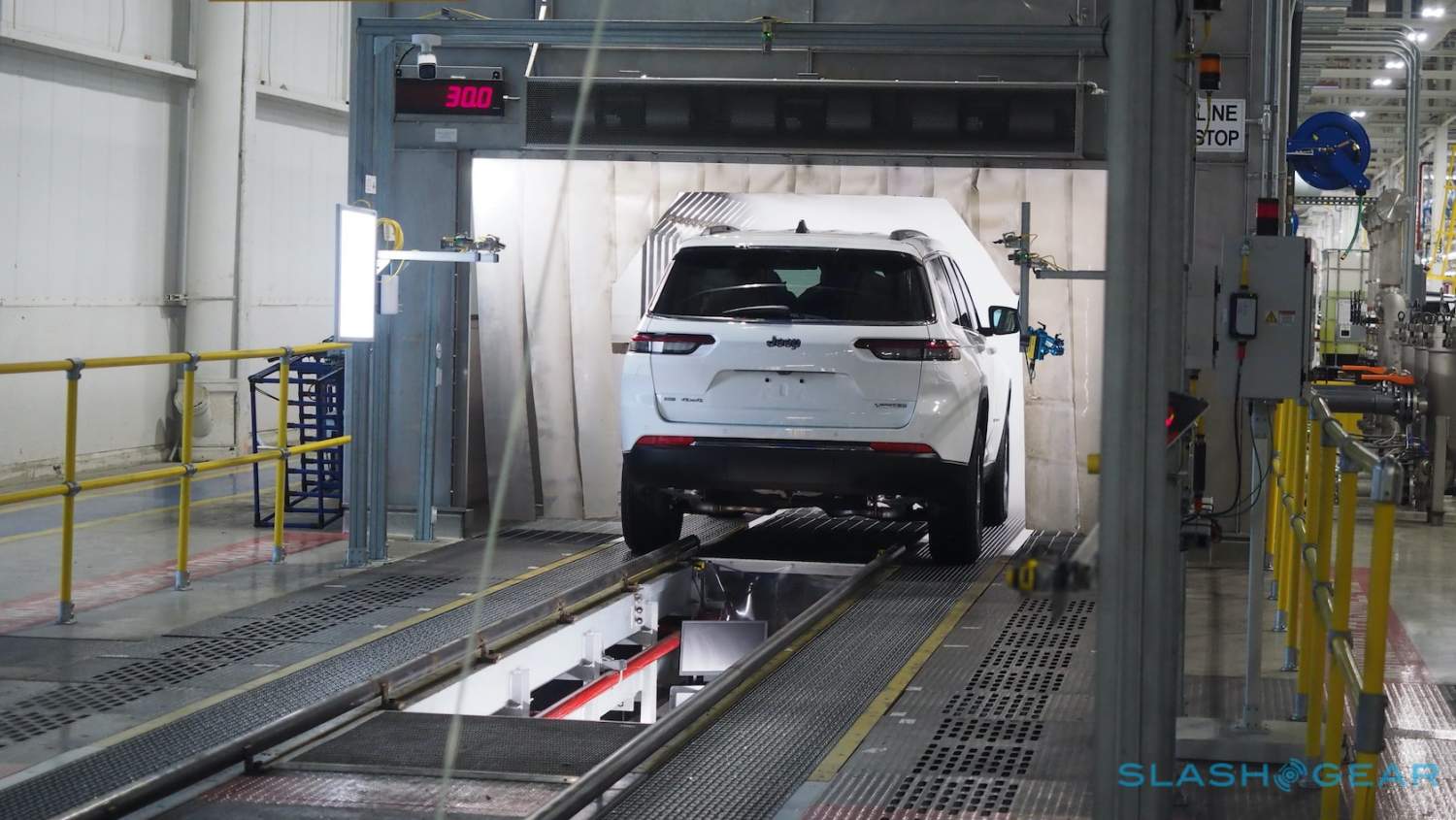 Car factories run much slower than I suspect most people imagine them. The vision is always one of swirling, twirling robotic arms punctuated with flourishes of sparks, and yes, Mack isn’t short on its mechanized helpers. There are hundreds of robots on the production line, assisting with everything from assembling and laser-measuring the SUV’s shell, to painting it, to helping load in the wiring harnesses and other components. 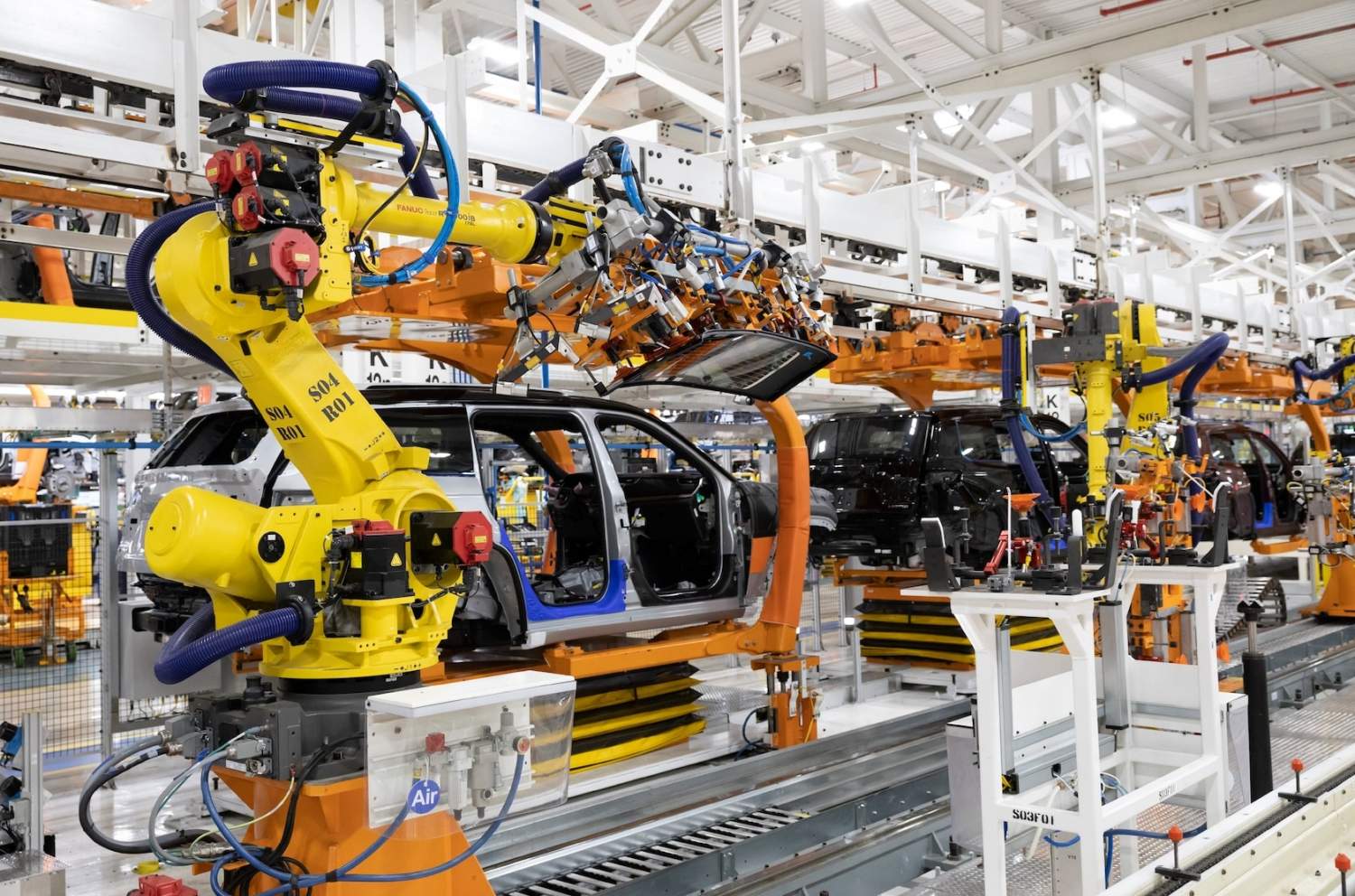 Their actions are jerky, though, and punctuated with pauses. Mack’s measured trundle takes around 36 hours per car, and what’s important isn’t so much the machines helping with the workload but the work they’re actually doing. There’s an uptick in glue and insulation, a stiffer body, and a far more complex electrical architecture, all in the name of making the new Grand Cherokee more refined, more rewarding on the road, and able to compete in an age where technology and active driver assistance systems are as important as horsepower and tow ratings. 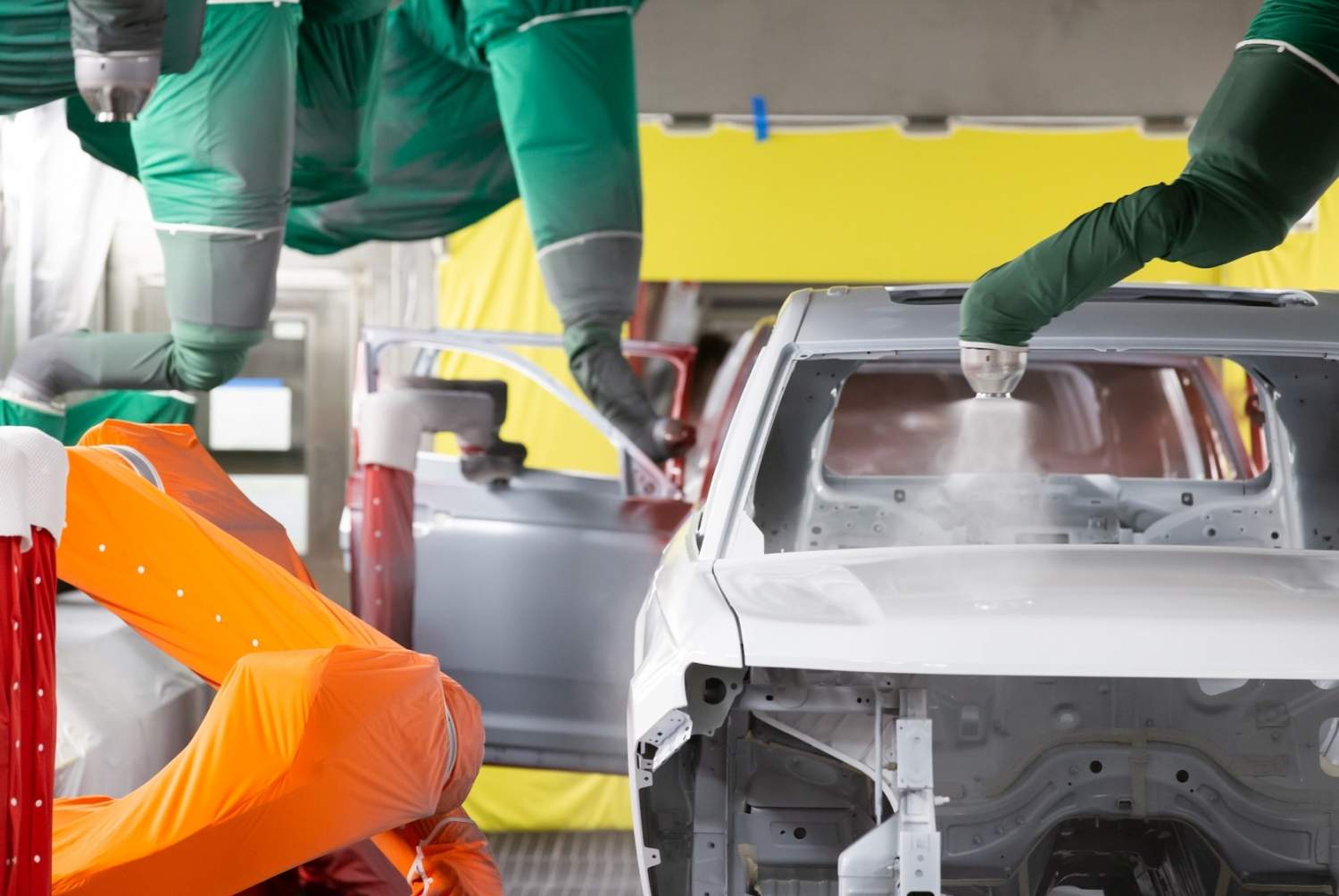 In short, Jeep is leaving nothing to chance. There is, of course, only so much a guided tour of a factory can show you. It’s easy to get mesmerized by the ballet of the robots, or the multi-million square footage of the production line floor, or indeed the tracks of half-assembled cars snaking their way around and even over the facility. 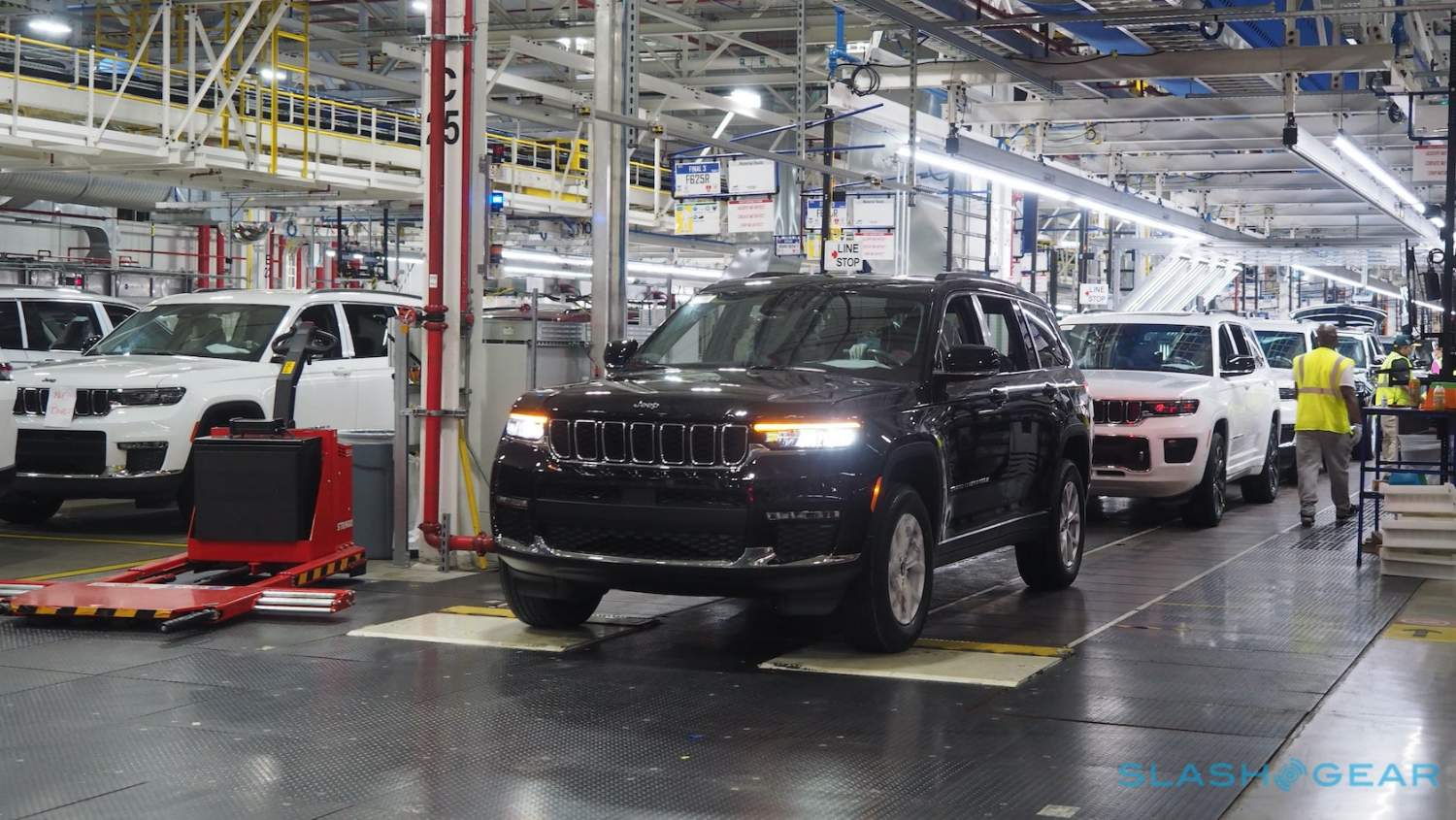 If there’s only one takeaway, then, maybe it’s this. Jeep is putting its best foot forward with the new Grand Cherokee L, betting more than a billion dollars in factory renovation on it staying the company’s most important model, and making electrification a centerpiece of the SUV’s story. The stakes are high, then, but with sales in the category soaring, so are the potential rewards.