Japan’s great toilet mystery is about to be solved

The first time I visited Japan, I knew what I really wanted to try first. Not the sushi, though that turned out to be superb, or the bullet train. No, my boyish excitement was all about the magical robotic toilets. For a button-loving geek who has long thought that the bathroom should have more unexpected warm water surprises, Japan’s clever bidets or “washlets” are the Holy Grail.

The reality doesn’t disappoint. True, not every venue is blessed with the most advanced version of the technology: some will merely rinse your undercarriage down with a bracing gush of cool water, in fact. Yet the ubiquity of the washlet is so astonishing, even in public restrooms, that all but the most experiment-averse couldn’t resist pressing a mysteriously labeled button at least once.

Now, those buttons are set to become less mysterious. The Japanese Rest Room Industry Association has mustered its collective forces and agreed to standardize the buttons and legends its controls use. Rather than each company’s own spin on bidet iconography, the major companies will adopt a single set of pictograms intended to reduce confusion among non-Japanese readers. 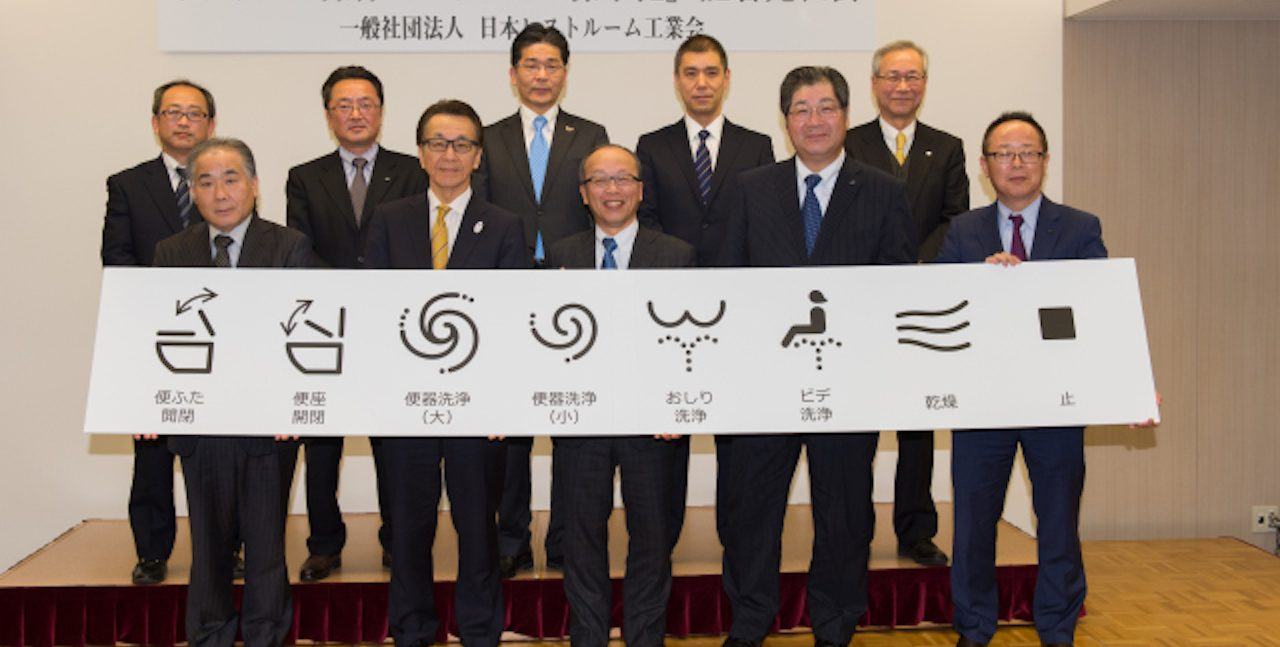 It’s all being done in the name of creating “a toilet environment that anyone can use with peace of mind,” the organization says. While it may sound like a joke, the fear is that tourists are put off by the complex control panels that handle things like warm water rinsing, heated or automatically-lifting toilet seats, and the gentle drying blower that’s like the soft rush of Gaia’s loving breath.

According to research by prominent washlet manufacturer TOTO, more than a quarter of the 600 foreign travelers questioned back in 2014 said they didn’t understand how to use a Japanese-style toilet. More than a quarter complained that they didn’t understand the functions of the various buttons, and more than 18-percent couldn’t figure out how to activate the warm water flow. Almost 9-percent accidentally pressed the “emergency button” though it’s unclear if that was due to bidet-related surprise.

Eight of the most common features will now use standardized labels, across nine of the main manufacturers. That’ll include lid open/close, toilet seat open/close, large/small flush, clean, dry, and perhaps most important for the readily-spooked, “stop”. Although a voluntary opt-in process to start, the association’s goal is to make the pictures an ISO standard worldwide.

As I’m sure you’re wondering whether my experience in Japan lived up to expectations, I’m pleased to inform you that yes, my washlet journey was a positive one. Like with most situations, I found that a healthy willingness to take risks with what buttons I jabbed at led to the most interesting outcomes, even if they weren’t quite what I’d expected to begin with. Sadly, the TOTO flagship store in Tokyo no longer has the washlet museum that it once did – it’s now a showroom for the company’s glossy bathroom products – but I’d still recommend stopping by to check out its MP3-streaming, sound effect-capable musical toilets.