Today the Japan Aerospace Exploration Agency (JAXA) opened a space capsule containing material from the asteroid Ryugu. This was the Hayabusa2 re-entry capsule, retrieved all the way back on December 6, 2020, at landfall in Woomera, Australia. This opening and retrieval is a little odd, as JAXA describes he material as “thought to be the particles attached to the entrance of the sample catcher (the container in which the sample is stored).”

JAXA suggests that the material is “believed to be derived from the asteroid Ryugu” and that they’ve found a “black sand granular sample” inside their sample container. The material in the sample container has not yet been shown publicly. The photo you see above shows the bit of the container circled in red in the schematic below. 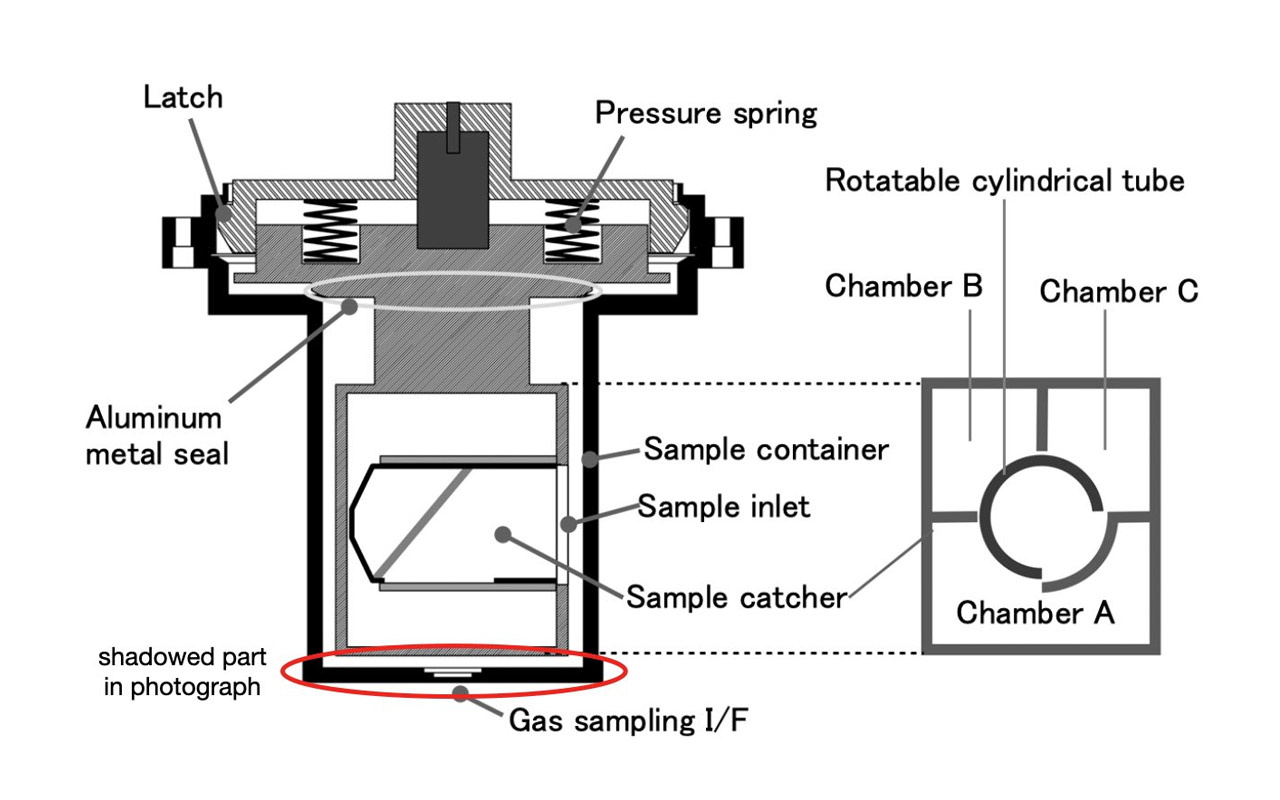 Above you’ll see the most recent public news conference with JAXA officials on the state of the mission.

The Hayabusa2 spacecraft was originally launched back on December 3, 2014. The time between launch from Japan’s Tanegashima Space Center and the opening of this sample capsule was 6 years – almost to the day! It was on June 27, 2018 that the mission reached the asteroid Ryugu, and remained in contact until November 13, 2019. 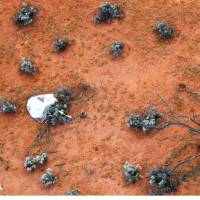 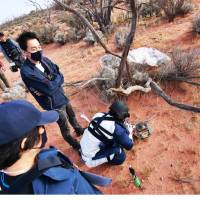 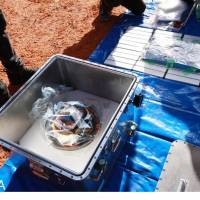 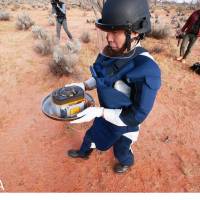 Above you’ll see several photos shared by AmbJaponFR for JAXA. Imagery shows the retrieval of Hayabusa2 on December 7, 2020!

If you’d like to explore more of the Hayabusa2 mission and see photos from the surface of the asteroid, drop in on the several sets of photos delivered over the past several years. It’s a rocky mass, of that you can be certain.