As if landing on large planets weren’t difficult enough, the space scientists and engineers in at JAXA (Japan Aerospace Exploration Agency) wanted to land a spacecraft on an asteroid. In fact, it wanted to do it twice, on the same moving asteroid. Mind-boggling but definitely epic and, fortunately for JAXA and its probe, that is exactly what happened. The very proud space agency just announced that its Hayabusa2 successfully hopped on the asteroid Ryugu for the second time and it sent home pictures to prove its short adventure.

Hayabusa2 wasn’t intended to stay on the surface of a moving body like Ryugu, which actually complicated matters. It only made a short landing and then jumped back up, in other words, a hop, on the asteroid’s surface last March. And then JAXA decided to drop a bomb on the large rock.

JAXA decided it was well worth the risk and their gamble paid off. The probe was even able to send photos of the “hop” from two of its cameras, one of which was developed through public donations. 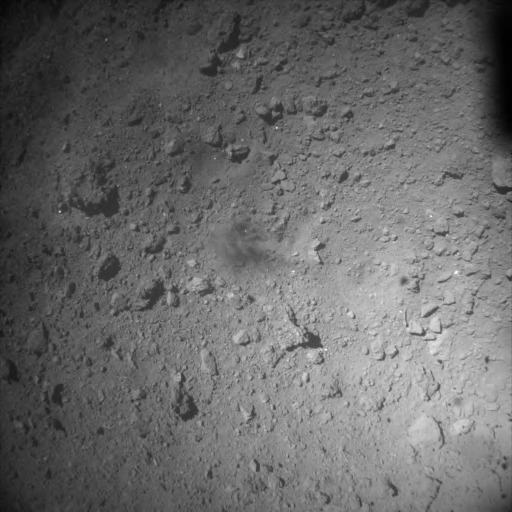 Data gathered from Ryugu will be extremely exciting and interesting for scientists. Unlike planets, asteroids are mostly shielded from cosmic rays and solar winds, holding pristine clues to the solar system’s origins. That is why Hayabusa2’s next trick will be to get home to Earth safely, carrying the samples it gathered in the past months.