Australia’s Southern Tablelands are experiencing an Angel Hair event – a spider migration which covers entire towns in spiderwebs. Thousands of flying spiders falling from the sky, creating an ethereal, other-worldly event the likes of which you’ve only likely ever seen in a dream. Or a nightmare – depending on your preferences. “When I looked up at the sun it was like this tunnel of webs going up for a couple of hundred meters into the sky,” said Goulburn resident Ian Watson. “It was beautiful.”

This is not the first time this webbing of entire landscapes has happened. And it’s not the last. It’s also not the apocalypse and it’s not a plague of any sort. It’s an entirely natural occurrence and is not at all unheard of.

Where everything is terrifying.

“Every time I’d walk outside my feet would get covered in very fine cobweb-like substance,” said one anonymous woman from approximately 30 minutes from Yass, just East of Wagga Wagga.

“And the clothes line and clothes were absolutely entangled in it.”

“I saw that yesterday and I refuse to look at it again,” said an anonymous onlooker. “What sort of freaking hellish place on Earth… UUUGGGHH.” 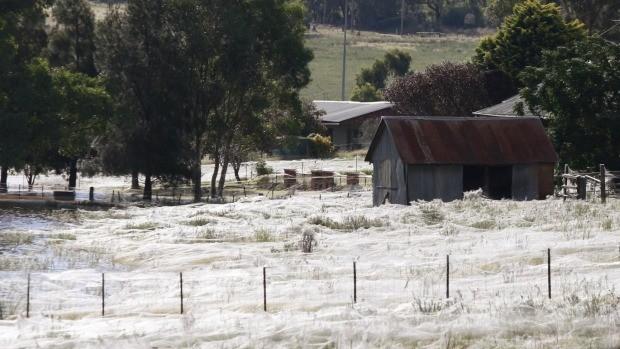 “We’ve seen heaps of this around the highlands in the last few weeks,” said L. Carney of Exeter, SH.NSW, Australia.

“Our clothes line was covered!” said B. Kennedy of Goulburn.

“As long as they are not redbacks or funnel webs that’s okay,” said I. Greer of Goulburn

“When I heard about it, I was entirely squicked,” said SlashGear’s own Chris Davies.

Further reports suggest webbing of an entire landscape as far away as Holden Hill, SA. That’s about 12 hours away from Goulburn. So if you’d like to keep away from spiderweb environments, according to this map, maybe just stay out of Southern Australia entirely. 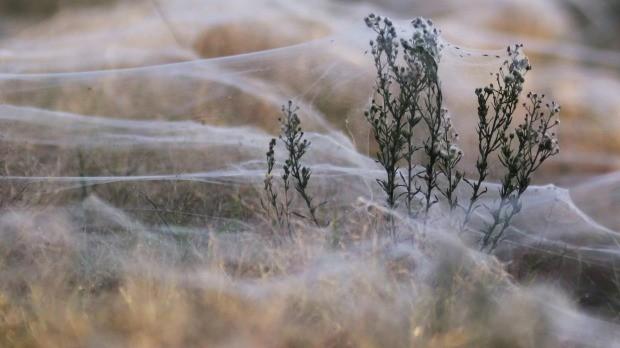 Above: Fields are covered in spiderwebs amid rising floodwaters in Wagga Wagga. Photo: Reuters

While the Wagga Wagga photo you see above was captured back in 2012, you can see here how the path of madness fits in with the greater whole. The whole bottom of Australia, that is.

Two migratory techniques are used by the tiny spiders that’ve taken over Goulburn earlier this month:

Ballooning is when a baby spider releases a stream of silk at the top of a structure – a corn stalk or a tree – and lets the wind carry it where it may. This can result in the spider flying more than a mile above the surface of the earth.

Spiders have been known to fly 3 Kilometers high using this ballooning technique. They’ve just got to catch the right gust of wind.

This is why spiders live everywhere. They can fly across the sea with the greatest of ease! 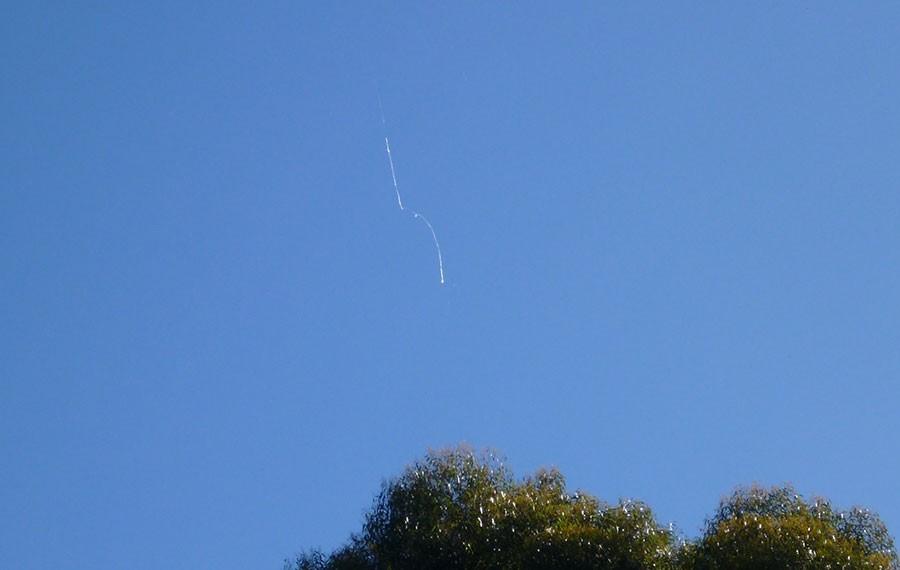 The above image comes from Reddit user “IShouldaStoppedThere” of West Geelong, Australia (the same general region as the rest of these incidents. This photo was taken approximately 1 year ago.

Angel Hair – much of what you’re seeing with this total coverage of the landscape – happens when the surface of the ground becomes waterlogged. After large amounts of rain, spiders that normally live under the ground will come up and make temporary webs above the surface.

While this happens in most places that spiders live, it’s particularly pronounced in Australia as they’ve got one whole heck of a lot of spiders to speak of.

This also happens in places like Brazil, where – as you’re about to see – the phenomenon is also terrifying.

This archive video shows the Anelosimus eximius, which doesn’t necessarily use ballooning to make the horror you see in this video – instead this is more of a Sheet Web which apparently, according to a so-called “local biologist” in Brazil, is something of a “regular occurrence.”

No thank you. Get fire. Burn them all. 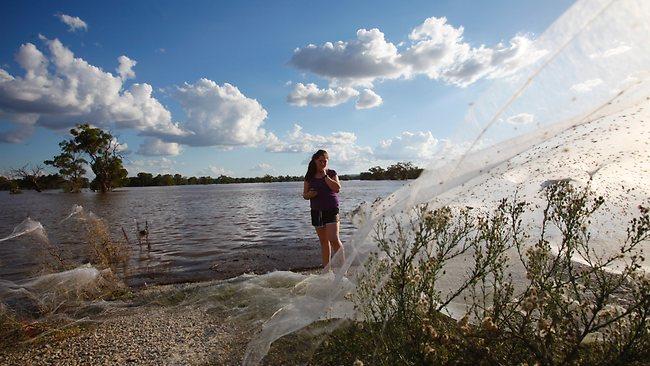 More information on the Goulburn landscape coverage can be found in a report from Australia by Inga Ting for the Sydney Morning Herald from earlier last week.