It’s okay to be disappointed with Diablo Immortal

It was an interesting weekend for Blizzard, its fans, and the Diablo series. On Friday, Blizzard revealed Diablo Immortal, a new game set between Diablo 2 and Diablo 3 that’ll be available exclusively on iOS and Android. Fans, in short, weren’t pleased by this announcement, and the blowback began almost immediately, with one BlizzCon attendee now-famously asking during a panel that took place almost immediately following the announcement if Immortal was some kind of “out-of-season April Fools joke.”

It’s pretty clear now that something like Diablo Immortal wasn’t what the larger Diablo fanbase was expecting or even wanted out of a BlizzCon announcement. In the time since that push back began, plenty of criticism of fans has cropped up online too. Some of my peers have expressed some troubling opinions about the reaction to Diablo Immortal, with some saying that Diablo fans are acting “entitled” because they’re upset that the Diablo series is going to mobile next.

That kind of reaction to this criticism is really strange to me, because shouldn’t the consumers who have supported the franchise throughout the years feel at least a little entitled? Don’t get me wrong, I’m not saying that fans who are upset about Diablo Immortal should feel that their demands must be met, but I do think that fans of the franchise should absolutely feel entitled to having their voices heard.

It truly is mind boggling that there’s this faction of people who suddenly think it isn’t okay to have a negative reaction to something, or that Blizzard is somehow above criticism for taking a beloved gaming franchise in a direction that most people don’t want it to go in.

Granted, in a community as large as the one surrounding Diablo, you’re always going to have people who take things too far. These are the people who make death threats or bigoted remarks toward the developers instead of keeping focus on why Diablo Immortal misses the mark and why we expect more. Those people should definitely be criticized and their remarks should be disregarded as the waste of good air that they are. 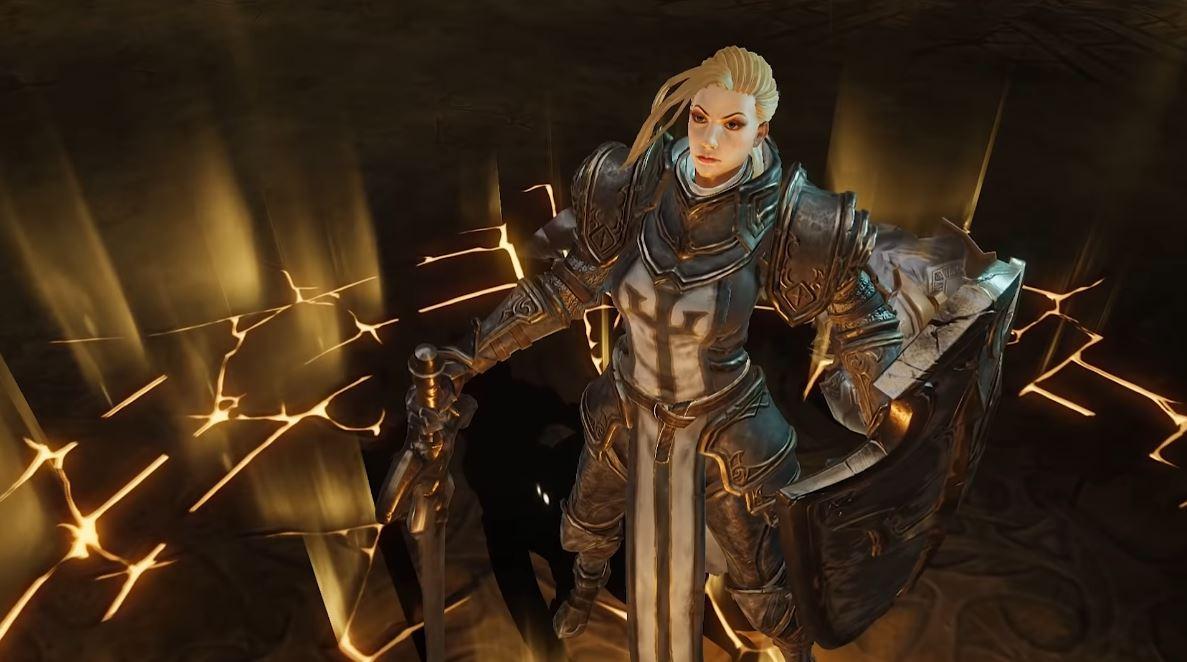 But what about the people who showed up to BlizzCon or bought a virtual ticket or simply stuck with Diablo 3 as Blizzard spent years fixing its launch problems and wanted to see what the next big thing was? Those people should definitely be allowed to state their disappointment in the fact that the next big thing for Diablo is a mobile game that doesn’t even seem to be primarily made by Blizzard. They put in the money and the time on these games, so they get a seat at the table when it’s time to give feedback on what’s next for the franchise. Now is that time.

Personally, my disappointment doesn’t so much stem from the fact that Blizzard is working a Diablo mobile game. Blizzard’s intentions when it comes to further monetizing Diablo have been clear for a long time, otherwise Diablo 3 wouldn’t have launched with a real money auction house back in 2012. A mobile game seems like the safest way to realize that potential for additional monetization without packing a mainline game with in-app purchases and gambling mechanics. 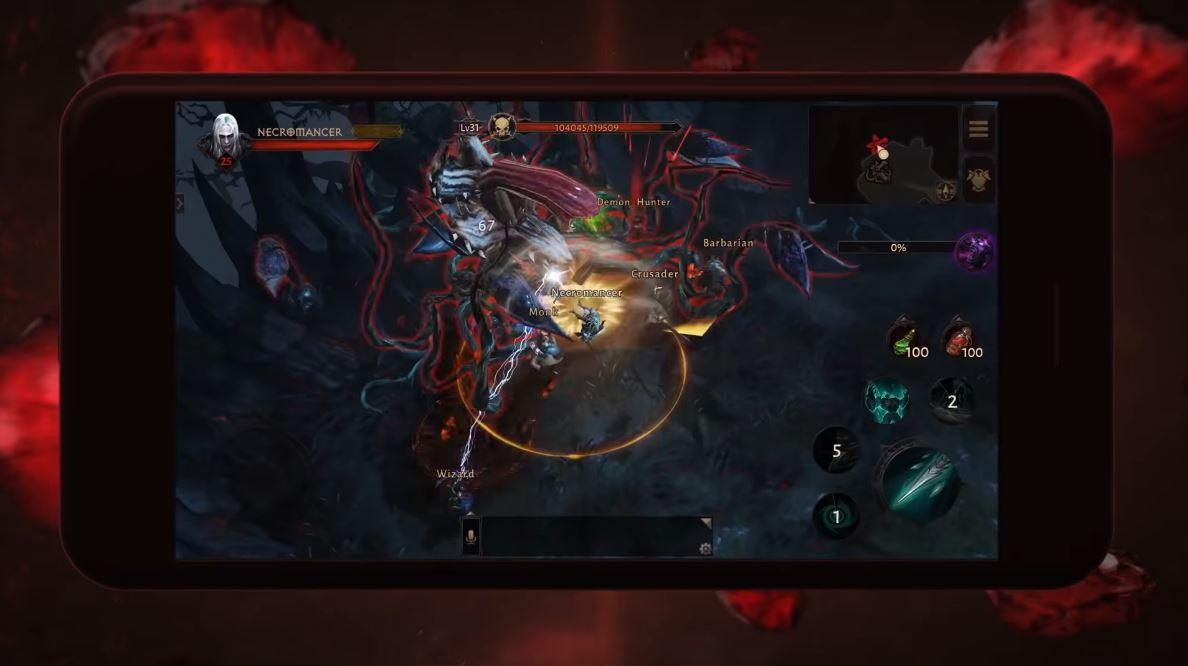 I guarantee the reaction to something like that would be far more negative than the reaction to Immortal, and if a mobile spin-off is what it takes to ensure that Diablo 4 resembles the launch version of Diablo 3 as little as possible, I’m all for it.

I don’t even hate mobile games. I played Summoners War for nearly two years, and I’ve spent the last month or so playing Dragalia Lost, Nintendo’s latest mobile title. Both Summoners War and Dragalia Lost are gacha games, and they embody pretty much everything gamers dislike when they deride mobile games. I enjoy them, though, as consumer-unfriendly as they may be. We’ll call them guilty pleasures, but even beyond those gacha games, I’ve played enough mobile titles to know that smartphones can be a good platform for gaming. 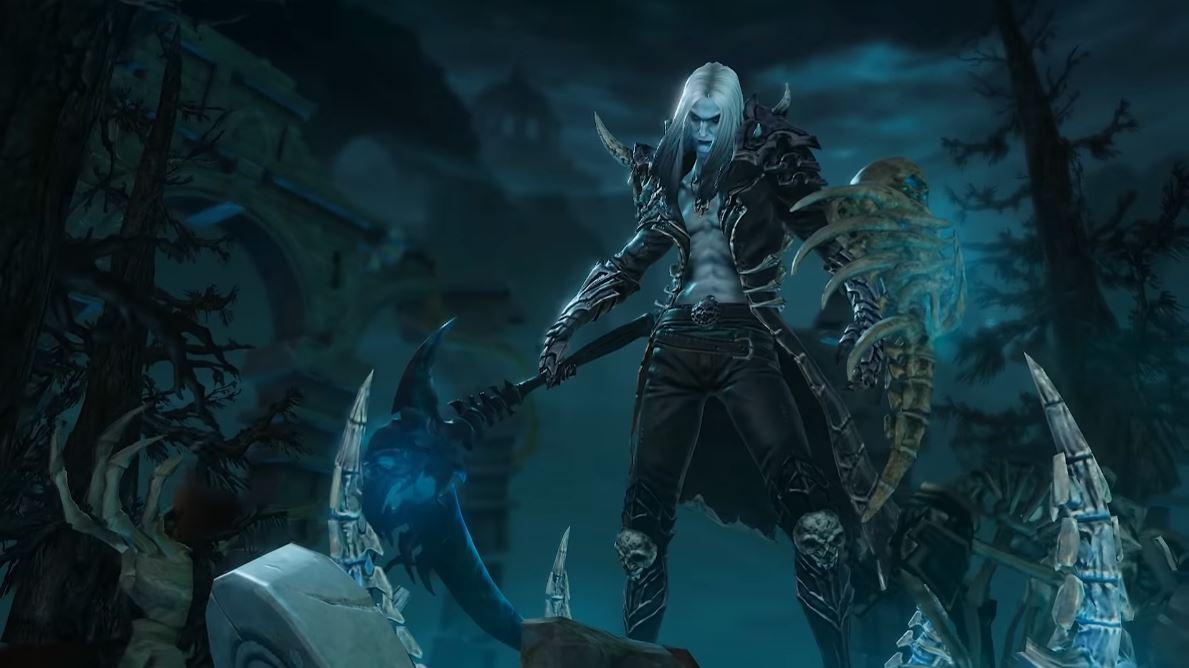 So no, I don’t begrudge Blizzard for announcing a Diablo mobile game, and I’ll probably take it for a spin myself when it comes out. I might even like it! For me, though, the problem with Friday’s announcement is that this mobile game was the only thing that received any stage time. Blizzard confirmed back in August that it has multiple Diablo projects in the works, so why were they all missing in action during the company’s biggest event of the year?

I’ve seen some people blaming the fans for getting their hopes up after Blizzard also said that Diablo 4 wouldn’t be at BlizzCon 2018. I don’t think any us expected Diablo 4 to be announced once that statement was made, but when Diablo skipped BlizzCon 2017 entirely, can you really blame us for hoping for something a little more substantial than a mobile spin-off? I was personally hoping to see something about a Diablo 2 remaster, which I think would have been the perfect palate cleanser for people who aren’t interested in Diablo Immortal. 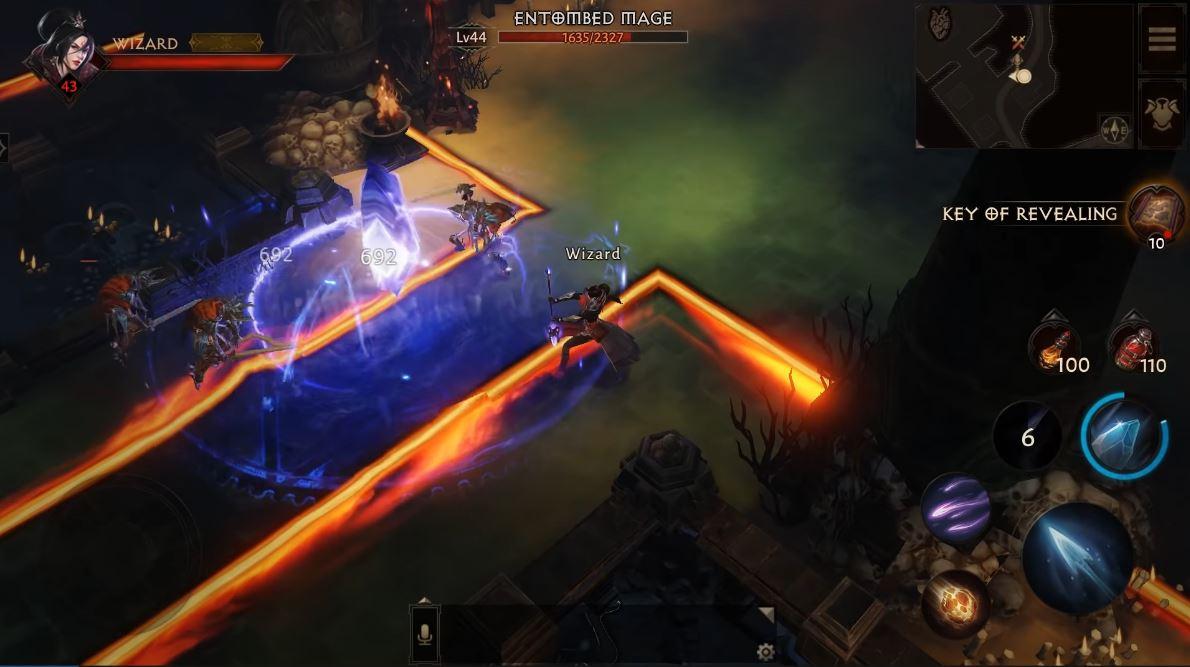 Imagine what the reaction would have been if Blizzard would have hopped on stage and said something like “Today, we’re confirming that we’re remastering Diablo 2, but it won’t be here for a while. For now, we want to show you Diablo Immortal, which is a new mobile game we’ve got cooking.” I think the reaction would have been a lot more tame because Blizzard would have offered its core audience something, rather than simply expecting them to cheer for a mobile title because it’s got Diablo branding.

It did so with a mere 30-second teaser that told us nothing about the game, but instead of walking away from that E3 presser wondering what kind of implications Fallout 76 had for the future of Bethesda’s single-player series, I immediately knew that this was more of an experimental spin-off because of that Elder Scrolls VI announcement. It’s a game we all knew was coming from the moment the credits rolled in Skyrim, but it was nice to have that confirmation, especially when Bethesda was taking a risk with Fallout 76.

Similarly, we know that Diablo 4 is coming, and with Warcraft 3: Reforged now out in the open, it’s almost a certainty that Diablo 2 will get the same treatment eventually. Confirmation that these are projects in active development isn’t exactly necessary at this point, but it sure would have been nice to hear a little about one of them this year. After Diablo was a no-show at BlizzCon 2017, I’d say that the series’ core fans deserved at least a teaser.

I think most people probably share the mentality I laid out here, and would have been perfectly fine if Diablo Immortal was announced alongside something for Diablo‘s legion of PC fans. As it stands, though, it feels like the mainline series has been coasting for years while Blizzard has spent its time trying to figure out the easiest way to squeeze extra money out of Diablo players. Those who disagree can say that Blizzard doesn’t owe its Diablo fanbase anything, but that doesn’t mean we can’t want more out of one of gaming’s biggest franchises anyway.