SpaceIL, a private space exploration company from Israel competing in Google’s Lunar XPRIZE competition, has announced it’s the first team to get a launch contract to send their private rover into space and hopefully land it on the Moon. The Google Lunar XPRIZE competition is awarding $20 million to the first privately-funded moon landing. SpaceIL’s contract with California’s Spaceflight Industries means the team has a “ticket to the moon” that will see their aircraft launched on a SpaceX Falcon 9 rocket scheduled for the second half of 2017.

The Lunar XPRIZE challenge was first launched in 2007 as a way to “foster innovation and entrepreneurship in space through low-cost, efficient access to the moon.” The remaining 15 teams in the competition still have a chance, but they must secure their own launch contracts by the end of 2016, and any Moon landings must take place the end of 2017.

The first place team will take home $20 million of the $30 million in prize money, with $5 million going to second place, and the remainder divided across other challenges. 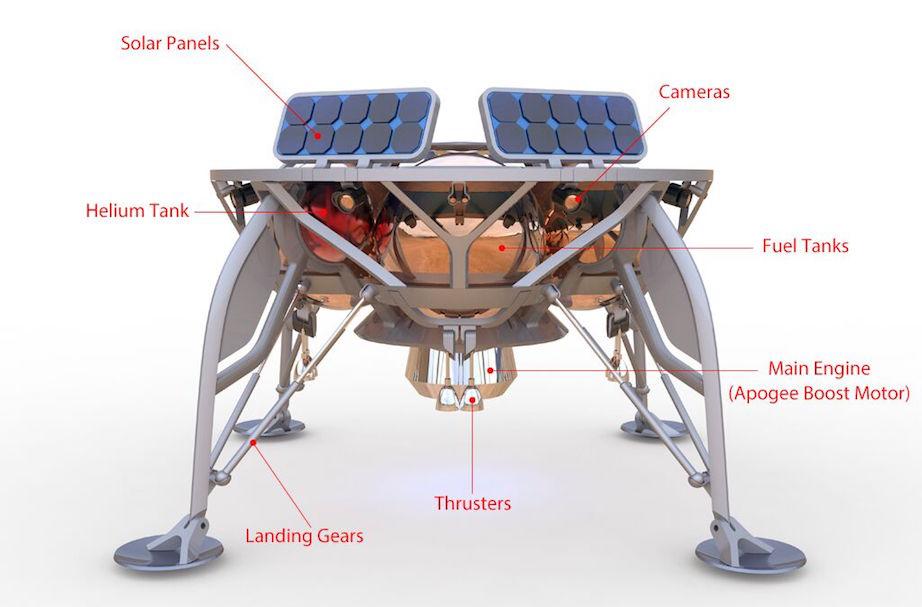 If SpaceIL is successful in landing its craft on the lunar surface, not only will it be the first private organization to do so, but it will be a first for Israel, as only the US, Russia, and China have done so up to now. Once landing, in order to be declared the winner, the team’s rover will also need to travel 500 meters across the Moon’s surface and then send high-definition video and photos back to Earth.

SpaceIL’s CEO Eran Privman said at the announcement that the team hadn’t been focused on the competition, but are now confident they will win. He added, “I promise you once we land on the Moon, we’ll look around and see we are the first.”