The Google Lunar XPRIZE competition has handed out $5.25m to five companies for their contribution to taking a private spacecraft to the moon, with the so-called Milestone Prizes awarded in advance of final entries in 2016. XPRIZE aims to spur space exploration with a $30m prize pot from Google’s wallet, challenging private industry and researchers help take a private craft to the lunar surface, have it travel at least 500 meters, and transmit high-definition video and imagery back to Earth. Although none of the Milestone winners have actually made it to the moon quite yet, they’ve been given an early bite of the award cash for their current progress.

The five different companies – Astrobotic, Hakuto, Moon Express, Part-Time Scientists, and Team Indus – variously come from the US, Japan, Germany, and India. The amounts awarded vary depending on the category of achievement, with one firm taking away $1.75m after hits in three different sectors.

Astrobotic has done the best out of the quintet, winning $1m for its work on safely landing a spacecraft, as well as half a million dollars for mobility, and finally $250k in the imaging category. Fellow US firm Moon Express also took $1m for landing, and $250k for imaging. 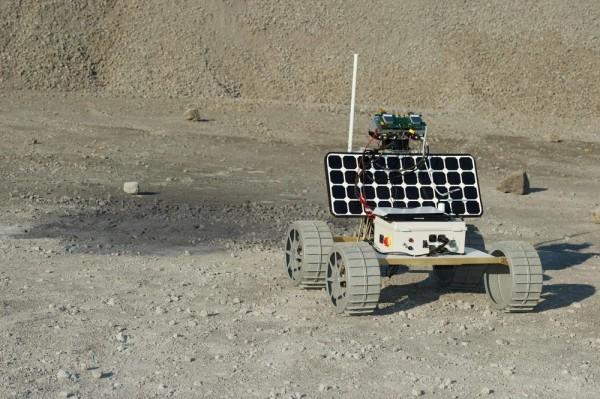 The Milestone Prizes are optional in the overall XPRIZE competition, and should any of the five rewarded at this stage go on to win Grand or Second Place awards, the cash they’ve received now will be deducted from that final prize.

There’s still some way to go, however. To stand a chance of recognition, each of the teams had to demonstrate their work so far and its value to the XPRIZE judges, including a mixture of hardware and theoretical tests.

That’s a long way from actually going into space, however. Astrobotic, for instance, envisages using a SpaceX Falcon 9 rocket to take its Icebreaker mission to the moon, piloting a lander down to the surface at which point the Polaris rover splits off and goes drilling for methane, ammonia, and water at the north pole.

If a success, Astrobotic envisages the same lander technology being used again to deploy other scientific experiments to the moon. The spacecraft has a payload capacity of 262kg; in contrast, the Curiosity rover currently exploring Mars had a launch mass of 900kg.

Entrants to the Google Lunar XPRIZE will be accepted up until December 31st, 2016, though each team involved has to show the judges before 2015 out evidence that a launch has been booked.