This week an apparent McDonald’s Sony PlayStation collaboration surfaced in Australia. This collaboration appears to have resulted in a fancy new McDonalds Australia 50th birthday celebration PlayStation 5 controller. The odd bit about this situation isn’t that the controller exists, but that it appears to exist without any promotional support from McDonald’s Australia, Sony Australia, or any of the game streamers supposed to be taking part in the release. 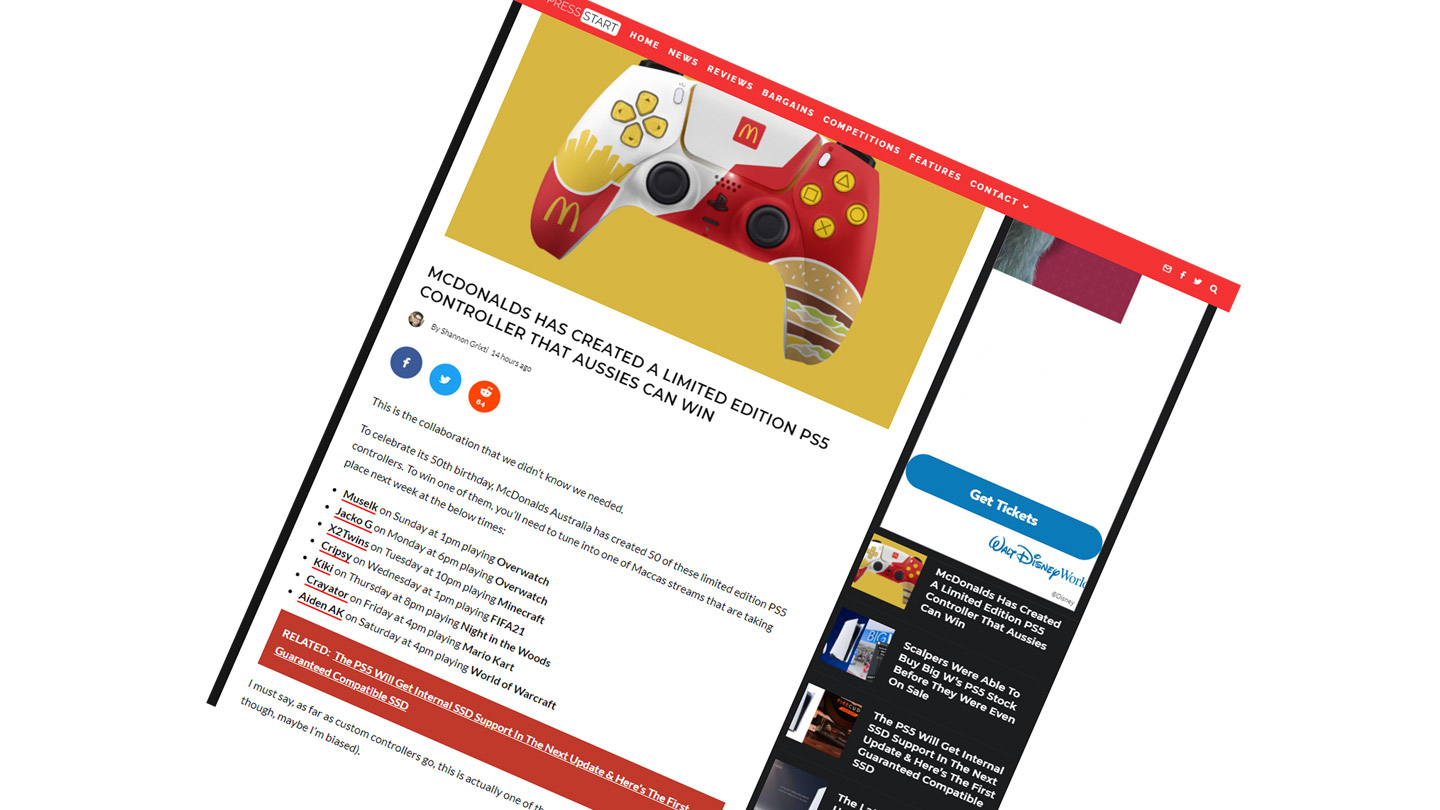 We’ve reached out to McDonalds (both Australia and USA) to see what they’ve got to say about the situation. Meanwhile, we can still discuss the look of the controller.

The controller certainly looks legit. It’s a Sony PlayStation 5 controller with custom McDonald’s details, including stylized McDonald’s French fries in the lower left, a burger in the lower right, and a white/red color scheme throughout. Triangle, Square, Circle, and X buttons are yellow with a gray/mustard yellow print – the same is true of the directional button set. Bumper buttons and joysticks remain black, and the touchpad in the center has the McDonald’s logo.

The design seems executed well enough that it may very well be a legitimate, official release. If not, we’ve got to give props to the person or people responsible for designing this image – it looks good enough to eat!

Stay tuned as we learn more about this very strange situation, and don’t lose your lunch when we find out that it’s all very real – or a crafty oddity from the start? We shall see!

UPDATE: A McDonalds representative responded, saying “Unfortunately McDonald’s stream week has been postponed and won’t be going ahead this Sunday. We apologize for any inconvenience caused by this change to our announcement schedule.”

So it’s certainly real, but – at the same time – it’s not really happening (yet, anyway). Cross your fingers McDonald’s gets this piece of hardware in order and brings it into existence in a real way, sooner than later!