Designer Enrico Penello is known for his conceptual work in the industrial design world – and not least of all this week for his undeniably interesting Apple iPod Nano Touch design. What we’re looking at here is a different direction entirely for the iPod, taking the height of one model and adding the touchscreen of another. Would such a design give Apple designers pause, or would they have a heart attack at the imperfect aspect ratio?

The amount of work that developers would have to do to create applications for this device would be astronomical. That said, Apple has already released an iPod with an odd screen shape that millions of people use daily. Would something such as this iPod Nano Touch take off if released in the real world? Sure – just so long as I can get the gold one! 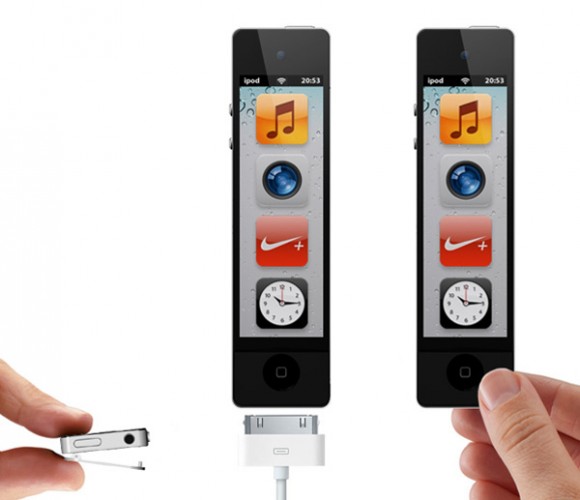 This concept has a front-facing camera strong enough to work with Face Time, is just about the same length as the standard Apple iPod connector, and does indeed have a clip on the back to connect to your running shorts. This version of the iPod would be able to work essentially the same as an iPod Touch, but would have just one row of apps to tap instead of three.

What do you think, folks, could something like this thrive if released by Apple today?