Today is the day the iPhone XR heads to Apple Stores around the world, and one lucky location saw an in-person visit from the company’s CEO Tim Cook. While it’s POSSIBLE, however unlikely Cook will visit other locations this week, today’s most major visit was in Milan. “Buongiorno Piazza Liberty! Milan is one of my favorite cities,” said Cook this morning on Twitter. “I am very happy to be here with you today. Around the world, we hope everyone is enjoying the new iPhone XR!”

One location Cook visited was the Apple flagship store at Piazza Liberty, a relatively new location in the Apple-sphere. That location opened just this year, complete with a set of onsite photos from Apple on July 26th, 2018. Have a peek at those images below, and bask in their enormity. If only every Apple Store had a waterfall and massive glass hallway. 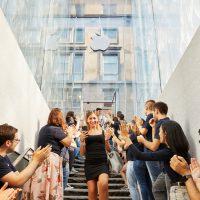 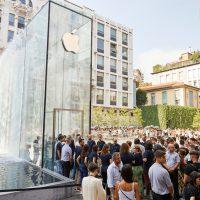 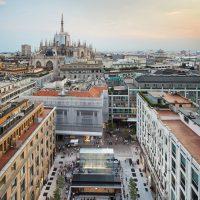 The photos in the gallery immediately above were captured by Apple back in July. All other photos in this article were captured within the last 24 hours in Milan (or thereabouts) by various photographers. Below you’ll see one of several Tweets from Cook himself.

Our teams here in Madrid and all around the world are gearing up for Friday’s launch of iPhone XR. Thanks for stopping by, @rosaliavt! pic.twitter.com/3YsBkNo8bB

Cook’s Tweets mention the iPhone XR launch, but also touch on the launch of the Apple HomePod in Spain. Above he’s posing with Spanish music artist Rosalia. Below is the main Milan store Tweet from this morning (or yesterday afternoon, depending on where you’re living.

Buongiorno Piazza Liberty! Milan is one of my favorite cities and I am very happy to be here with you today. Around the world, we hope everyone is enjoying the new iPhone XR! pic.twitter.com/hmJb8yrNCM

Below you’ll see the creators of the app Lingokids presenting their app to Tim Cook. You’ll also find a video on YouTube (if you do so wish) of Cook endorsing the app for the children of the world. This presentation happened during Cook’s visit to Madrid.

Yesterday, we had the honor of presenting Lingokids to none other than @tim_cook . Could not be more proud of being part of this amazing project and team. This is just the beginning! pic.twitter.com/zlmFSMpG8h

Below you’ll see a brief video of Cook exploring the store at Piazza Liberty. This is one of a wide variety of creepy yet endearing captures of Cook as his presence excites the launch of the iPhone XR in Spain.

Cook was also apparently spotted at Apple Puerta del Sol, Spain. That’s around 2 hours flight from Milan. He’s hopping all over the place in Spain today! 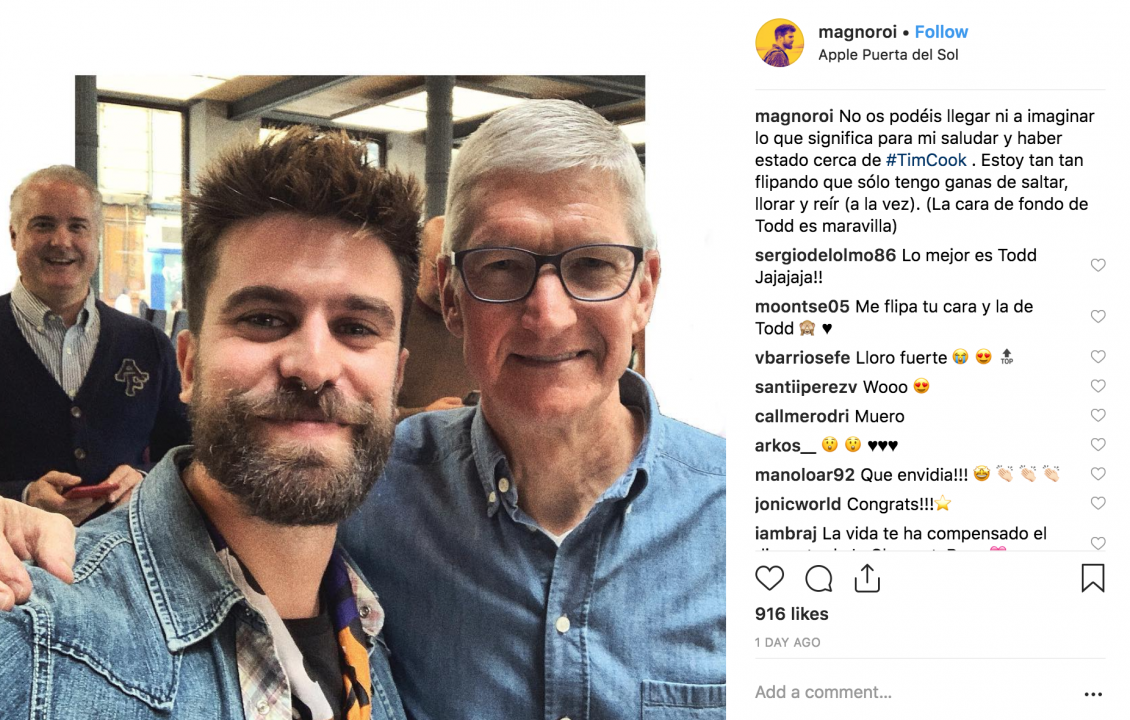 UDPDATE: It would seem that Tim Cook is most certainly in Spain today – if that wasn’t already clear. As his journey takes him across the country there, it’s probably a pretty safe bet that he’s not going to make it to any of the store openings here in the USA. But I suppose you can cross your fingers anyway?