Ever since the iPhone X was first revealed, the now-famous “notch” at the top of the display has become the topic of much debate. While some people don’t mind its presence, others seem to be quite bothered by it. If you belong to the latter group of people, you can do something about it thanks to a new app that’s now available on the App Store.

The new app, called simply “Notch Remover,” modifies your wallpapers to add a black bar to the top of them. This effectively “removes” the notch from the top of your phone by hiding it in plain sight. In other words, the notch is still technically there, but you don’t have to deal with looking at it anymore.

Some of the screenshots shared on the App Store show just how effective this little app is. The notch is indeed gone, replaced by a smooth, straight edge. The effect is applied to both your home screen and your lock screen, too, so it’s persistent across the entire iPhone X experience. 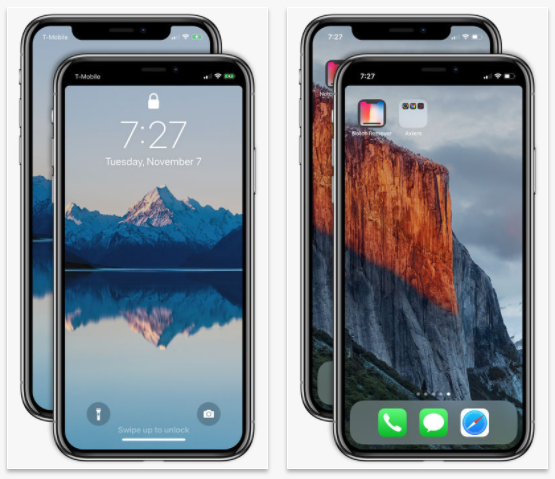 If this sounds like the app for you, then you should know that it doesn’t come free. Notch Remover costs $0.99, so you’re going to have to pay a little bit of money to deal with this particular annoyance. Still, we’re guessing that most people won’t mind spending that extra dollar, given how expensive the iPhone X is and just how heated complaints about that notch can become.

It’s interesting that Apple even approved this app for a release on the App Store, as its Human Interface Guidelines for the iPhone X specifically tell developers to avoid adding bars to top or bottom of the display. Perhaps this app’s approval was an oversight? It’s possible, so just to be safe, you might want to grab Notch Remover sooner rather than later [download].