Apple released Q1 2018 earnings this afternoon with iPhone revenue up, but unit sales down, year over year. Because units went down but revenue went up, we can assume only one thing: People are spending more cash on their iPhone. That very likely means that the iPhone X took a big chunk of sales this quarter, and also likely means that iPhone sales tended to trend higher – the larger of the two standard iPhone 8 models, and iPhone X.

That’ll do well to cut those worried about iPhone sales this quarter directly in the face – or at least it should. We won’t know the exact number of each individual model of iPhone unless Apple reveals those numbers in their earnings call – and we’ll update this article if they do so. Chances are they won’t, though, so don’t hold your breath. 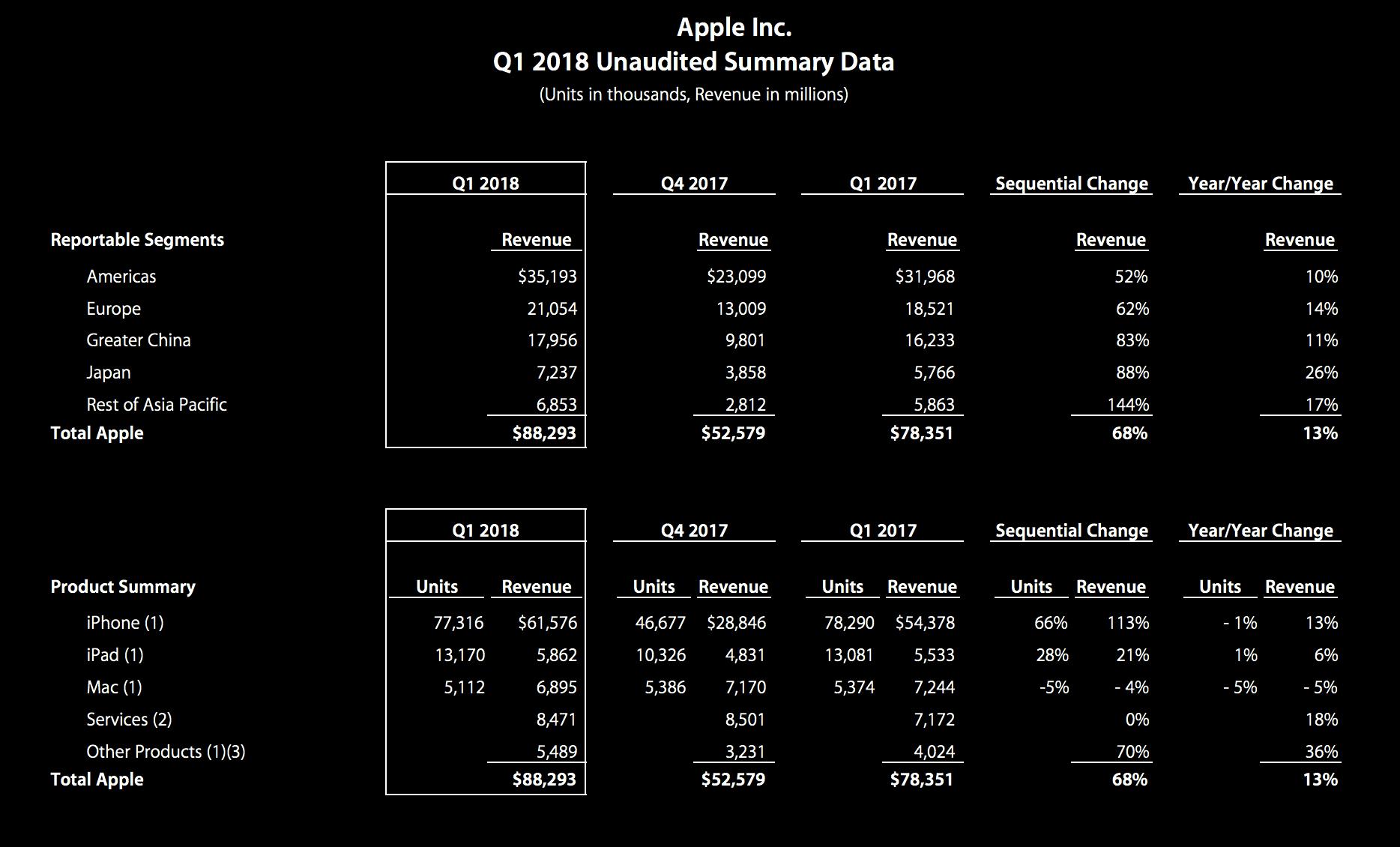 iPad unit sales went up by 1% and revenue grew 6% year-over-year, while Mac unit sales and revenue both went down by 5%. Both the iPad and Mac sales percentage change here mean Apple is essentially right on target with their userbase. People are replacing the devices they had in the past, new users are buying at a good rate. We’ll see that change this year as Apple reveals a new set of iPad devices with new abilities.

Services revenue went up by 18%, though that contained a “favorable one-time adjustment of $640 million due to a change in estimate based on the availability of additional supporting information,” whatever THAT means. Services is a category which includes “Digital Content and Services, AppleCare, Apple Pay, licensing, and other services.”