iPhone 6s has a zoom with 3D touch feature

The new iPhone 6s and iPhone 6s Plus have been out for a full weekend now, meaning users have had a fair amount of time to play with the screen’s new 3D Touch feature, which basically adds pressure sensitivity. In addition to Apple’s own pre-installed apps, there are a number of third-party apps already taking advantage of 3D Touch. But there’s one way to use it that hasn’t been promoted, and is mostly buried deep in the settings: a screen zoom feature.

The standard options for the 3D Touch feature, such as turning it on or off and adjusting sensitivity, are found in the Accessibility section of the Settings app, under General. However, if users navigate to Settings > General > Accessibility > Zoom, they will find Peek Zoom. Turned off by default, Peek Zoom can be activated once the standard Zoom setting, which uses a double-tap with three fingers, is turned on. 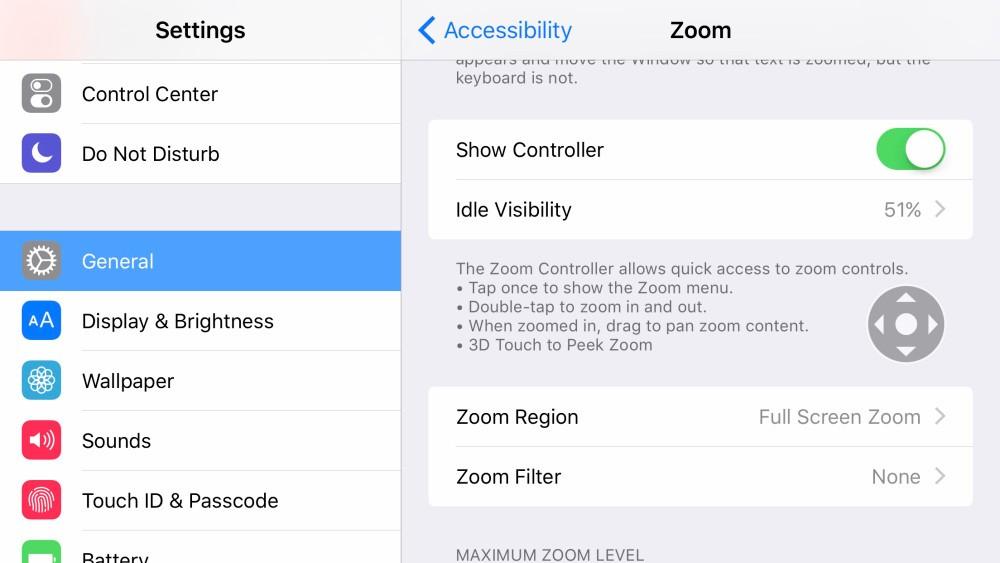 After that, users need to set Show Controller to on, which displays a circle with four directional arrows. When firmly pressing on the Zoom Controller, the whole screen will zoom in according to how much pressure is used. In addition, users can change the Zoom Region from the entire screen to a small window which can be moved around, limiting the zoomed perspective to within the box. 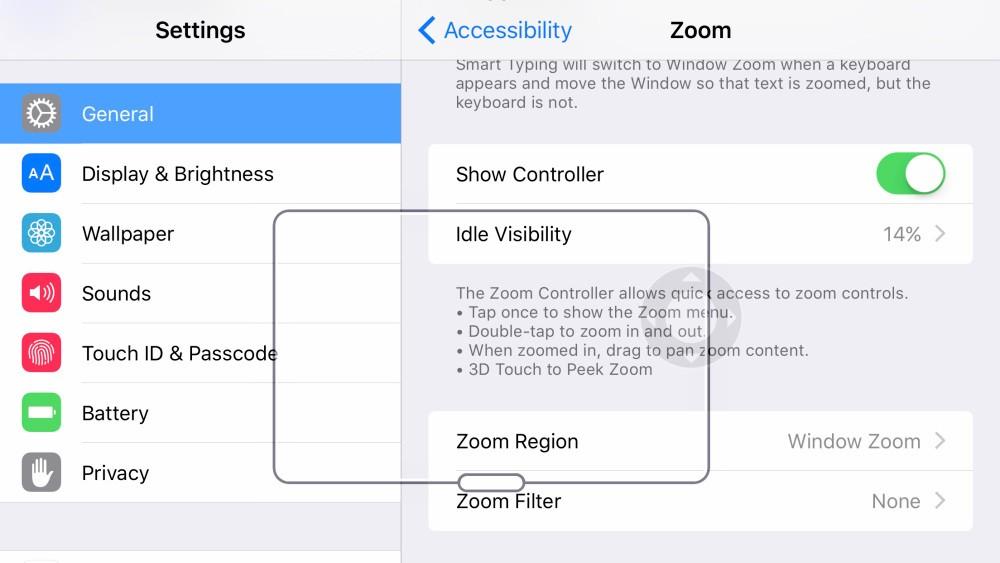 The Zoom Controller’s opacity can be reduced when idle, then becoming stronger when moved around. The controller acts as a hot button on the screen that can be pressed with 3D Touch at any time to activate zoom. This should be a big help to users with vision problems who maybe need to enlarge certain screens at times, but don’t want the zoom feature enable all the time.