iPhone 6s gets thick with features

First case specifications for the iPhone 6s have been released with height, width, and thickness of the next model. According to this spec sheet, case-makers might have to make some tiny adjustments to their molds. While the iPhone 6s will be the same width and height as its predecessor, it’ll be just .2mm thicker. This means that the rubberiest of cases will be fine, while hard metal and plastic cases will need to be made anew. It also means there’s more inside this device.

The iPhone 6 Plus has also had a set of physical specifications leaked. This device would also have the same height and width as its predecessor, but would have a 0.3mm increase in thickness. While we’d not be surprised if this space was made for additional battery, it’s more likely it’s set out for the new Force Touch for iPhone models.

While we’ve seen Force Touch for the Apple Watch and MacBooks over the past couple of years, this would be the first that the feature was implemented on the company’s most popular device family. 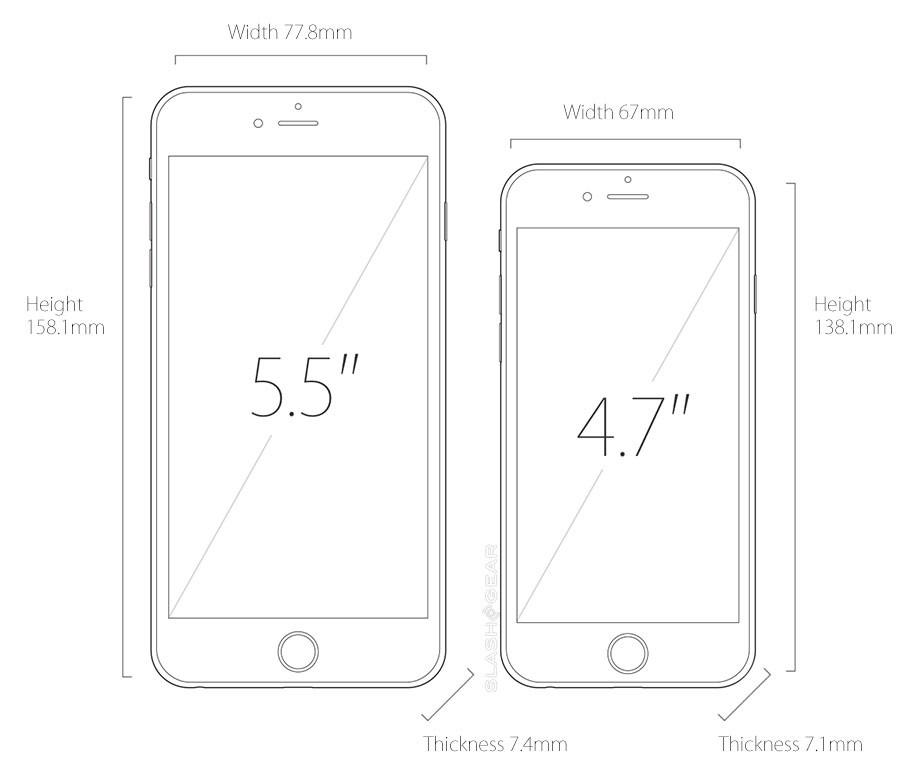 Above is an image created by SlashGear based on specifications drawings we’ve seen via Engadget Japanese.

Below you’ll see a set of specifications gleaned from the past several weeks of leaks and anonymous tips combined with today’s revelations:

Look like a pair of devices you’ll be picking up? Need Force Touch in your life – or a bigger battery? Let us know what’d make you switch from an iPhone 6 or iPhone 6 Plus – what big feature are you waiting for?