A 5.5-inch, 1920 x 1080 display means more room for apps to breathe, and Apple has indeed given the iPhone 6 Plus more space for apps, with a two-pane inbox view for the Messages and Email apps, among other things. A new homescreen layout now supports landscape views, putting the main shortcut bar on the right.

There’s also a new layout for the QWERTY keyboard, to take advantage of the broader width. New shortcut keys flank the usual letter buttons when you flip the phone on its side. 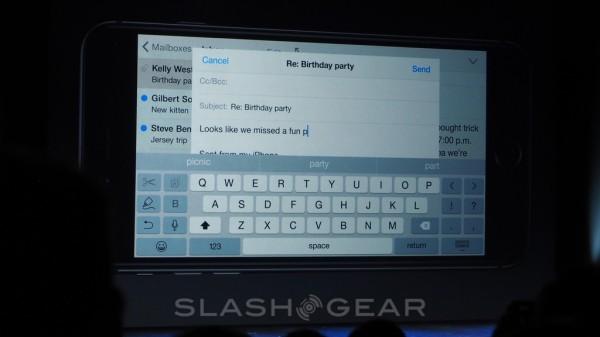 Meanwhile, there’s also space for profile photos of the people you’re chatting with while messaging, while the weather app is broader to fit in more information on the upcoming forecast.

The bigger display might also make it tougher for users with smaller hands to reach up and tap the buttons near the top of the display when using the phone single-handed. So, a double-tap on the Touch ID button pulls down the screen halfway, making it easier to reach. 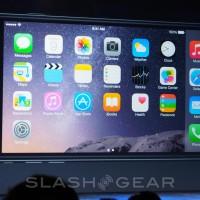 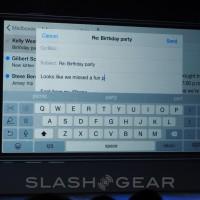 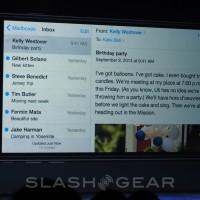 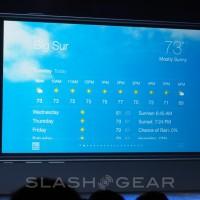 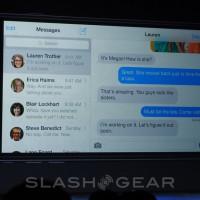 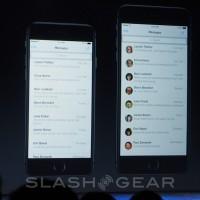