It may be time for Apple to drop the name-change conventions entirely (once again) as an LCD display component has appeared internationally with the name “iPhone 5G” attached. While it’s possible that this set of leaked images from USwitch could indicate the next iPhone model will grab a new “G” when released to the public, it’s far more likely that the G stands for “generation”. This would indicate that the next refresh of the iPhone will either stick with the name iPhone 5 or will drop the numbers entirely, like the iPad.

While our first thought when seeing this device and box was that it could simply be a digitizer for the current-model iPhone, the connector line sticking out from its head gives it away as a new model. If this is indeed the front panel that will be appearing on one of the new iPhone models later this year, it also shows how little the device’s basic physical form will change.

This drop appears just one day after three separate appearances of iPhone parts were revealed. We’ve seen an iPhone camera component which shows the next-generation machine to be working with a separate bit of flash hardware where previous models used one single unit, while two sets of casings appeared from separate sources. 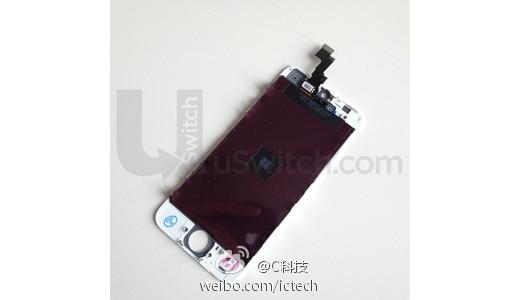 One of these casings was white and appeared in up-close and rather sharp photos while the other was red. Both sets of casings very much appeared to be plastic, this indicating that the iPhone 5C (or whatever it’ll end up being called in the end) will be pushing for a lower-cost iPhone for a broader audience.

Here with the iPhone 5G – or simply the new iPhone – we’ll likely see a more incremental-type update to the iPhone line, with upgrades just beyond that of the iPhone 5 in processor power and camera technology. 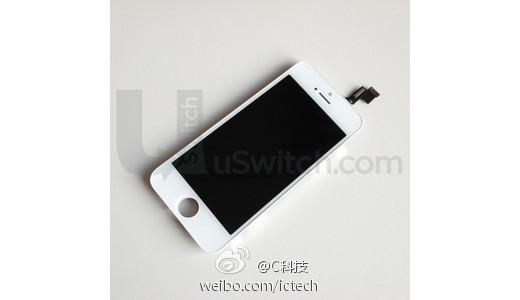