This afternoon a new set of parts – and therefor clues – have arrived in the upstream iPhone parts market indicating a new color combination for the next-generation iPhone 5S. This device will be delivered with a body and set of specifications very similar to the iPhone 5, coming some time this year with what’s likely to be a next-generation processor and camera setup. Hardware appearing today suggests that a new option for coloring will be appearing as well, right in-between white and black with a rather unforeseen shade of Champagne.

While there’s a distinct possibility that these little bits of hardware could be created by the site to fool consumers into believing there’s a new version of the iPhone being delivered soon, the source that supplies these pieces has a history of doing nothing of the sort. These volume buttons come from Luna, aka “Luna Commerce”, a self-proclaimed “supplier from upstream.” They’ve appeared more than once quite recently in mainstream tech news due to their delivery of several “iPhone 5C” parts as well.

Those volume and rotation lock parts showed this “budget” iPhone to be working with at least four different color back panels: red, green, yellow, and blue. What we’re to believe here with the upcoming iPhone 5S is that Champagne will be joining the likes of the current iPhone’s standard black and white color choices. 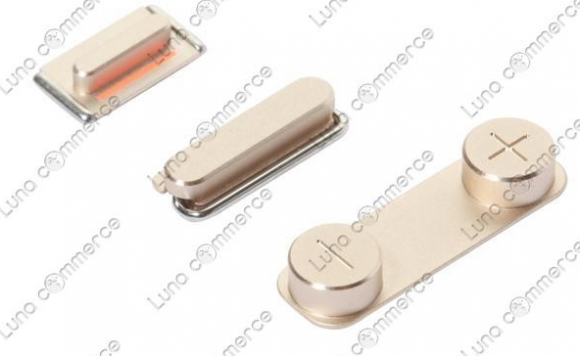 Another bit to be wary of is the possibility that though the source suggests that this set of buttons is indeed “official” as the rest of their future-release parts are, there’s always the chance that they’ve expanded beyond custom-made iPhone home buttons. Luna Commerce also plays host to a “color your own iPhone” service which sells colorful glass backs and fronts to the iPhone 4/4S, as well as a variety of home button iterations. 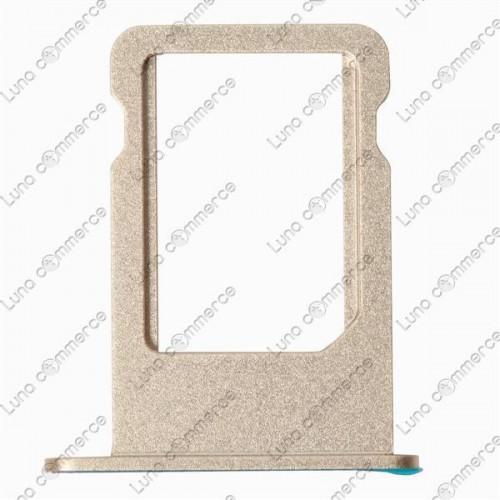