This week several Apple iPhone products appeared in a regulatory filing database with the EEC. This is the Eurasian Economic Commission (EEC), a filing database that is one of several with reliable information about Apple product models. In this particular filing, we see several new iPhone devices running iOS 14 as made public on June 11, 2021. It would appear that at least 7 different models were logged – but it remains likely that Apple’s iPhone 13 collection will span four individual models here in the USA, with three basic display sizes.

Above you’ll see imagery of what’s rumored to be the iPhone 13 and/or iPhone 13 Pro from a set of files leaked earlier this month: iPhone 13 and 13 Pro leaks may be deceiving. Below you’ll see the regulatory listing from the EEC via MacRumors and Nashville Chatter. The model numbers A2660, A2656, and A2653 have previously appeared in regulatory filings in China, and are likely the most common iterations of the iPhone 13 Mini, iPhone 13/Pro, and iPhone Pro Max. 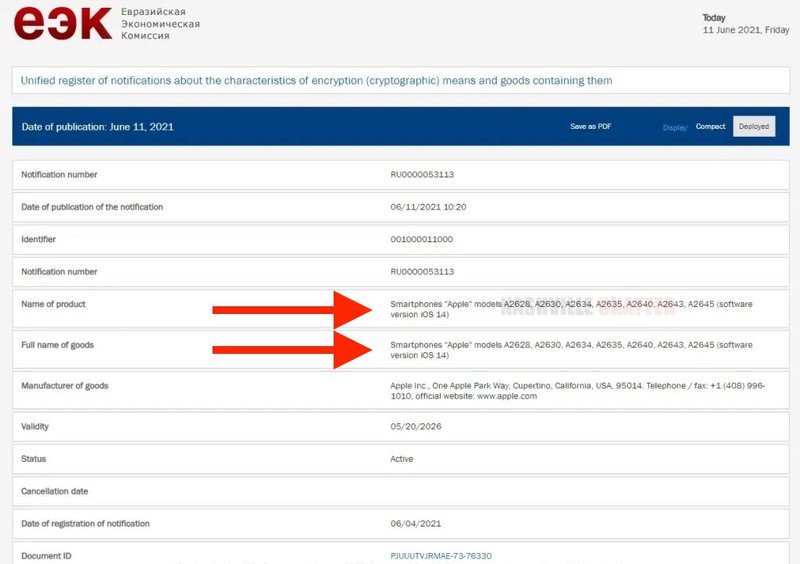 It’s expected that the smallest model will be the iPhone 13 Mini, with a 5.4-inch display and the most basic assortment of next-generation features, along with the same processor chipset as is included with the rest of the family. It’s expected that Apple will follow precedent with this set, with two mid-sized devices with the same display size, one called iPhone 13, the other called iPhone 13 Pro. Below you’ll see the iPhone 12 family of phones, as released in 2020. You’ll see four models, three basic hardware sizes. 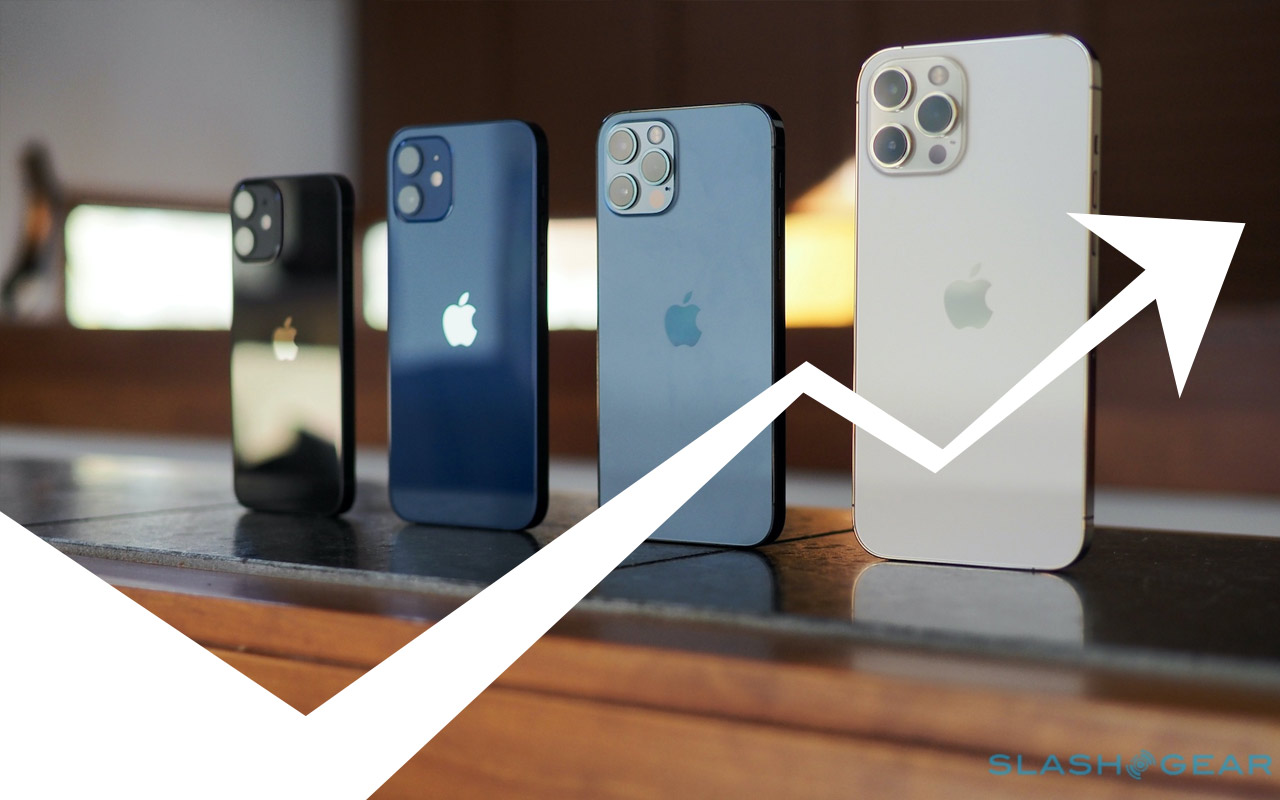 The iPhone 13 and iPhone 13 Pro are rumored to be working with a 6.1-inch display. The largest device will likely be the iPhone 13 Pro Max, with a 6.7-inch display and the most advanced collection of cameras and sensors. Inside the United States, it’s likely that all four models will come equipped with 5G chips from Qualcomm for potential 5G connectivity.

Take a peek at the timeline below for more information on the iPhone 13 and the rest of the devices that’ll likely be released in September of 2021. All four iPhone 13 models are rumors to be arriving at the same time, at the same event, with a release date in late September or early October, 2021.