iPhone 13 and 13 Pro leaks may be deceiving

Files leaked this week show the new iPhone 13 and iPhone 13 Pro – or what appear to be those devices – both front and back. The devices look to contain slightly larger batteries and have ever-so-slightly thicker bodies to accommodate said batteries. It’s also shown here that the iPhone 13 Pro will (quite possibly) have a strangely flat camera array.*

*The flat – mostly flat, anyway – camera array is the least believable bit about this set of files. If we look at what FrontPageTech suggests is the CAD files for the iPhone 13 Pro, we see a very slight raised curve around the edge of the rounded-corner square for the camera array. The camera array island has flat edges, as if rising up separate from the back of the phone. Inside this island, no camera lenses appear. 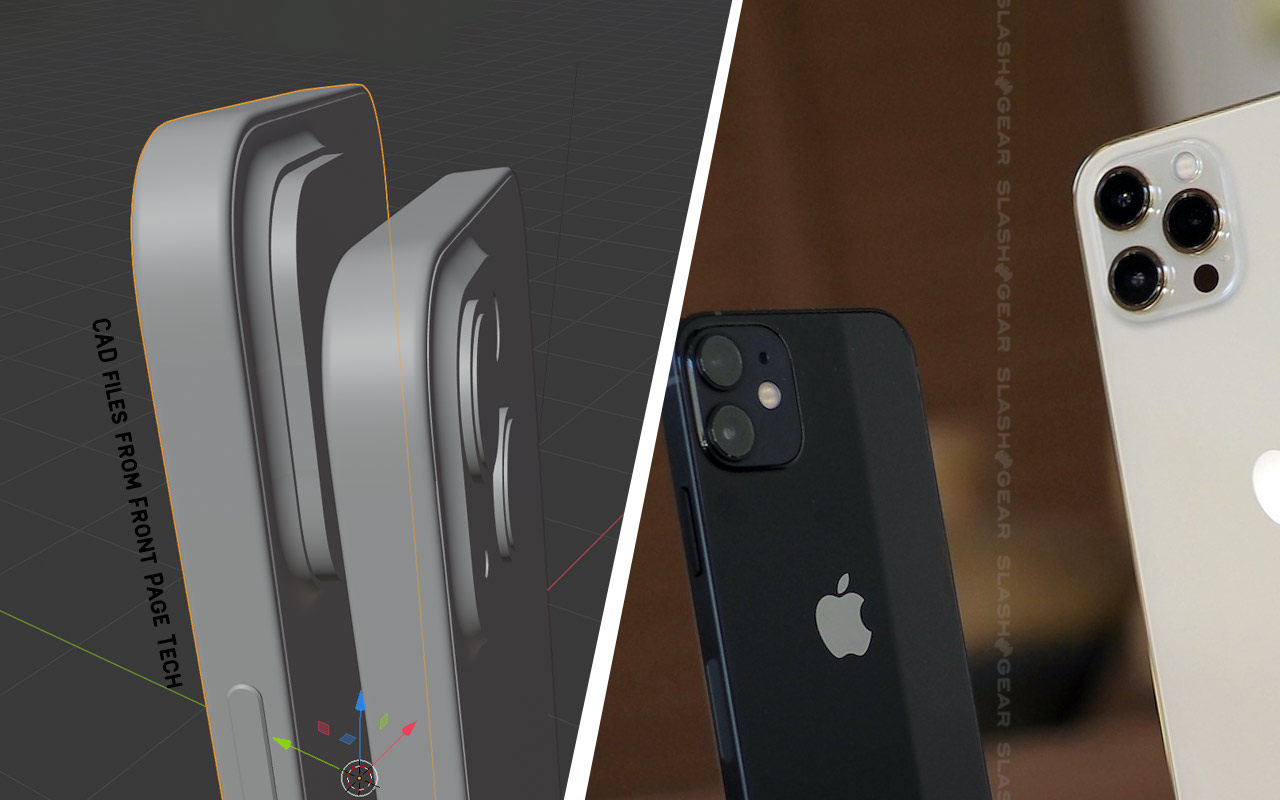 MAKE NOTE: The photo you see above and to the right was captured by SlashGear for our original iPhone 12 review. The 3D file imagery was also captured by SlashGear, but comes from 3D files shared by FrontPageTech. As these files are provided by a 3rd party, we cannot verify their authenticity with 100% confidence.

It’s entirely possible that this is due to a significant change in the way the lenses are arranged in the island. If what we’ve seen in recent weeks is accurate, the three main lenses of this camera array are significantly larger than we’ve seen them in earlier models, and so very close to one-another that it wouldn’t make a lot of sense to include them in a CAD file. 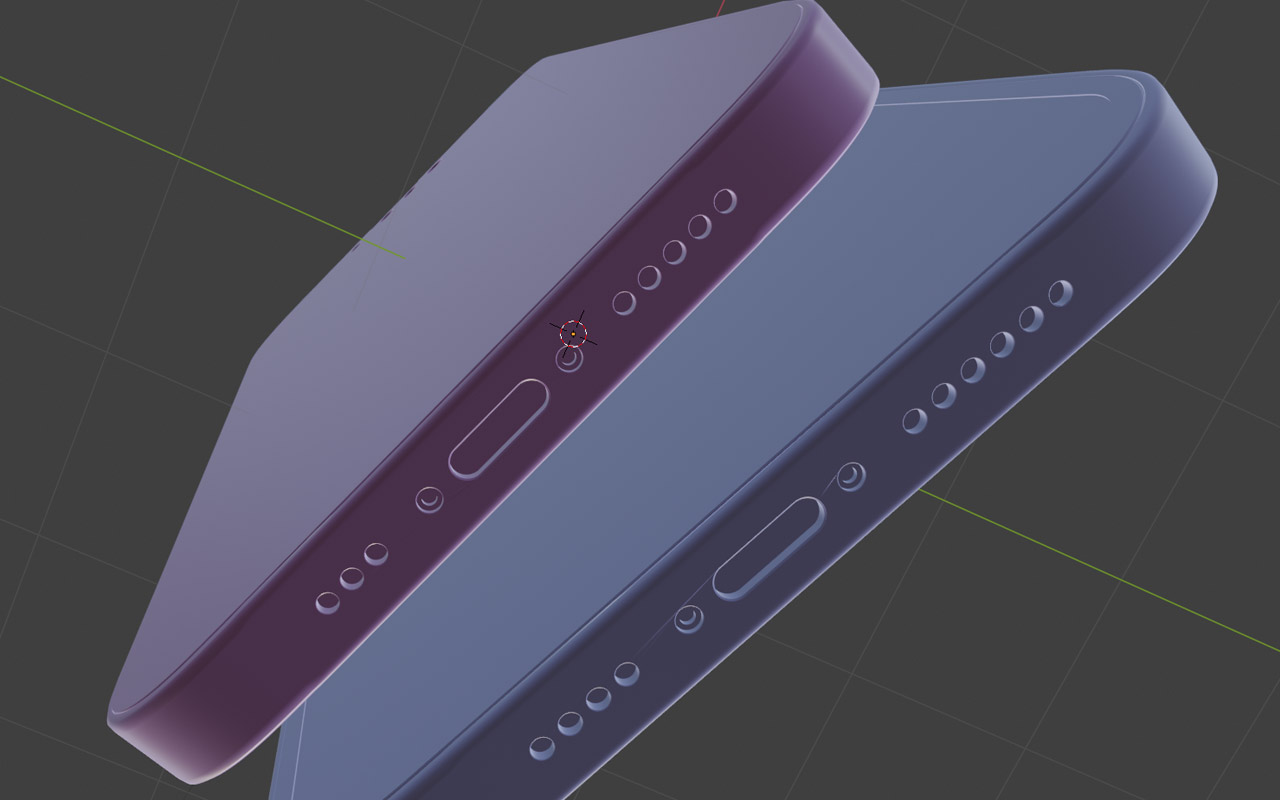 CAD files such as this indicate to accessory makers where they should create spaces for key hardware elements to peek through. If you’re making a protective case for an iPhone, you need to make sure you’re not covering up any crucial bits – like camera lenses.

If the iPhone 13 Pro has three lenses that are as large as we’ve seen them earlier this May, it’d make the most sense for Apple to simply indicated here, in this file, that the whole rounded-corner square should be avoided altogether. 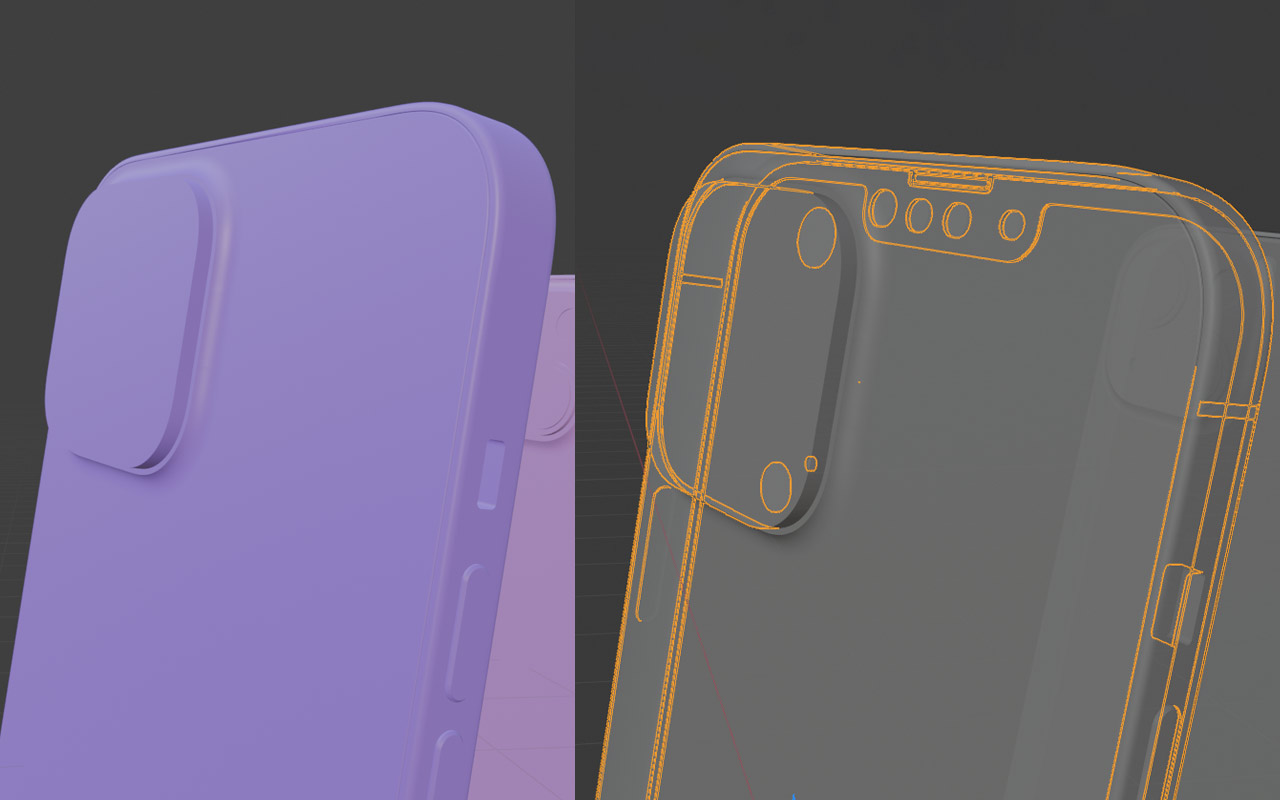 You’ll also notice that the iPhone 13 (the smaller unit) has lenses arranged different from what we’ve seen in the device’s equivalent model in past years. The iPhone 13 model we see here appears to have two main camera lenses on its back, a microphone hole, and a space for an LED flash.

Take a peek at the timeline below for more insight into the next wave of iPhone devices coming from Apple in late 2021. If you’re waiting for a new iPhone to be released before you buy a new smartphone, know this: Apple almost always reveals and releases a new set of iPhone smartphones in mid-October and early/mid-September. If your display is cracked now, don’t wait!