iPad 5 to be smaller than usual, thinner bezel on the way

Earlier today, we pointed out some photos of what look to be the shell of the iPad 5 right up next to the iPad mini that we all know about. Nothing seemed too off at that point, until people started to notice that the size difference between the two tablets shown in the photos wasn’t that great. It appears that the iPad 5 will come with the same 9.7-inch display, but Apple may slap it into a smaller package.

In the size comparison photo below, the iPad 5 will be slightly shorter and significantly narrower than the 4th-gen iPad, but as far as we know, it’ll have the same 9.7-inch display, hinting at the fact that the iPad 5 may come with a thinner bezel all the way around, similar to the bezel design of the iPad mini. 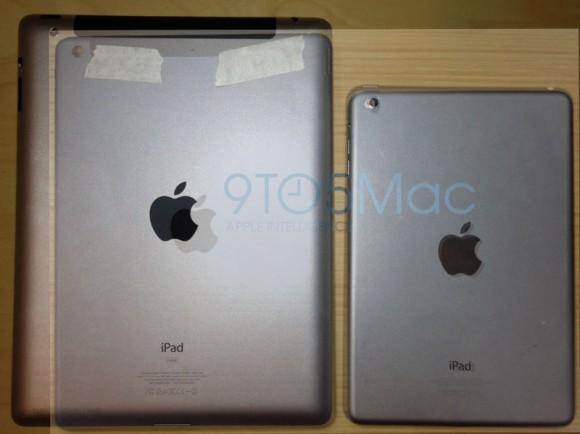 It’s not all that surprising, though, and it makes sense that Apple is looking to unify the look and design between the iPad and the iPad mini, by making the larger iPad a bit smaller and sleeker and giving it a black matte finish on the back. We have to say that we’re big fans of uniformity, so this comes as a happy surprise.

The iPad 5 is said to be thinner than past iterations, although we’re not sure if it’ll surpass the thinness of the iPad 2, which is Apple’s thinness iPad so far. Other than the design change, everything else should be relatively the same. Volume buttons, the screen lock/mute switch, and the power button all look to be in the same locations, and it’ll obviously come with Apple’s new Lightning connector, as well as a rear-facing camera along with a front shooter.