A year ago I wrote a skeptic’s review of the first-generation iPad, a more personal report on the original model from my perspective as a tabletophile and a blogger. Since then we’ve seen the launch of a few Android slates – though not the deluge we were perhaps expecting – and of course, most recently, the arrival of the iPad 2. How does the second-generation iPad hold up, and has Apple answered my original complaints? Read on for my iPad 2 Skeptic’s Review.

For the full background story of my tablet love, you should probably read the original review. Since then I’ve used and reviewed multiple slates, running Windows, Android and other platforms, for varying lengths of time. The two I’ve lived with, however, have been the iPad 1 and Samsung’s 7-inch Galaxy Tab, perhaps the best-known Android slate of 2010.

In terms of use and expectations, so far content consumption rather than creation has been the main role both tablets have played. I’d like to be able to draft, edit and format a SlashGear post, complete with images and all the necessary links and tags, but so far that’s proved beyond either slate, at least to the extent I’d need. The WordPress app is okay, but it’s still not up to the standard of the regular web interface on a desktop browser. I’ve put together drafts in Evernote, and the instant-on and lengthy runtimes of the iPad are still mighty impressive – after the Galaxy Tab battery has expired, the iPad seems to just run and run, even if it’s left to sit unattended for a few days – but it’s not yet at a place where I can replace my notebook with a tablet.

So, what have I learnt in the past twelve months? Considering 2010 was being called the year of the tablet, it’s notable that the tablet experience still hasn’t been “finished.” True the iPad is a best-selling device in its segment (a small segment that it is) but we’re yet to see an entirely convincing use-case for it, distinct from smartphones and notebooks. Meanwhile, Samsung’s Galaxy Tab may have touched me in ways 7-inches never have before, but the compact Android slate err’d too far on the smartphone side and didn’t quite differentiate itself from handsets (aside from, frustratingly, having voice call functionality blocked on North American carriers) enough to seize the market.

As I’d expected, iOS 4.0 certainly helped address a few of the iPad pain points. The multitasking system, while not “true” multitasking in the sense that apps are still running in the background, makes hopping around the various programs more straightforward. Nonetheless, it’s also interesting to note where my complaints of twelve months ago still hold true today. Notifications remain a glaring flaw in the iOS ecosystem; back then I called it “an ugly, half-hearted solution” and the fact that it’s still the same mess of attention-grabbing pop ups is dismal. Apple hasn’t been slow to push development in other areas of the platform – we’re up to iOS 4.3 now, after all – so their myopia over alerts is bizarre. 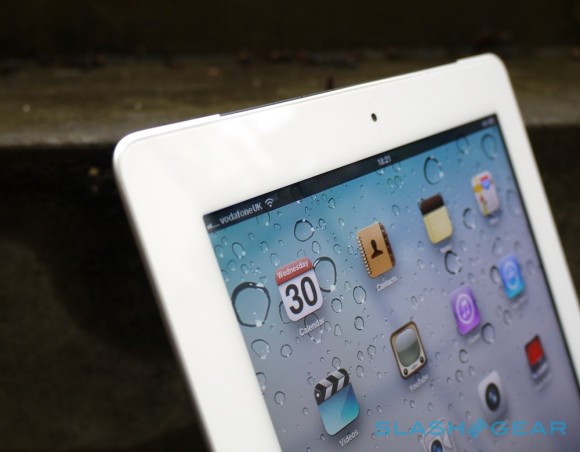 Just as I hoped one iOS update would fix things a year ago, now I’m left hoping that iOS 5.0 will further refine the iPad 2 experience. In addition to the talk of cloud-centric services such as media streaming and backup, there’s also the vague promise of much improved notifications. Still, with a preview expected at WWDC 2011 in early June, there’s no telling when, exactly, it will actually hit the iPad. iOS 4.0 was delayed for the tablet beyond the iPhone release, after all, and Apple’s software timetables are a mystery to all but the company itself.

So, to the iPad 2 experience today, and the questions people keep asking. Would, if I could find it in stock or stomach the delay in online orders, I buy an iPad 2? As a first-gen iPad owner I’m not so sure I would. Yes, it’s a thinner, lighter and more polished hardware design, but it’s still not so light as to rival, say, a Kindle for extended one-hand reading. Battery life matches the old model – a healthy 10+ hours – but I’m yet to find a place where the extra processor grunt adds up to a significantly more satisfying user experience. Browsing speed is boosted, but then the same is true on my original iPad since the iOS 4.3 update.

If I were in the market for a tablet today, and didn’t have an iPad already, would I choose the iPad 2? Personally, no, though that’s not to say it’s not a brilliant piece of hardware. My main frustrations are with Apple’s software strategy. Yes, you can browse successfully without Flash, but there are still times I miss the support; every time I hit a site where Flash is required, and have to reach for my Android phone or open my MacBook Pro, I lose a little faith in the iPad story. iOS is undoubtedly more advanced than it was twelve months ago, but it still feels unduly limiting in places, Apple’s strict regulations to developers and users creating a safe, approachable but somehow anodyne environment. Maybe Android is the Wild West in comparison, a riskier, less civilized platform, but the new breed of Honeycomb slates arriving over the next few months have me far more excited than the enthusiasm I can muster for the iPad 2. 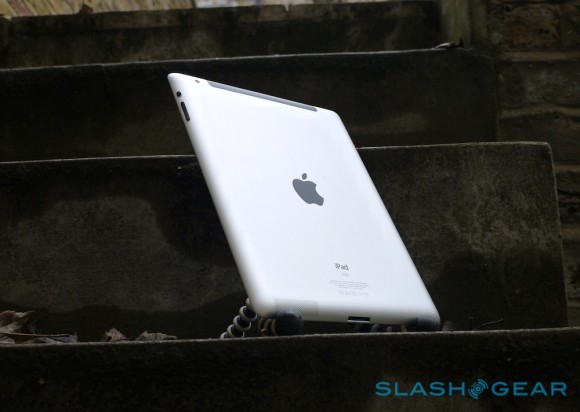 There’s no escaping the sense that the iPad 2 is decidedly incremental in its advances. I don’t doubt that plenty of time, engineering effort and money went into making it faster and slimmer while still offering the same battery life as before, but surely – just as it’s Steve Jobs’ right to wax lyrical at keynotes – it’s the prerogative of the consumer to ignore all that and judge on day to day experience. The cameras are pitiful, installed only to satisfy spec box bingo and Apple’s FaceTime strategy; when you take into consideration the utter delight of iMovie for iPad, and the obvious potential for multimedia editing on a tablet-format device, Apple’s choice of optics are embarrassing.

Possibly that’s all Apple needed to do to keep the iPad 2 ahead. After all, it led the market in 2010 and is set to shape the segment all over again in 2011. The safety of their choices leaves me cold, though. The ASUS Eee Pad Transformer may lack the fanatical luster, but it’s something different, and that appeals to me. Contrary? Perhaps so, but I find it easier to get excited over ASUS’ netbook/tablet hybrid and its clever battery-equipped keyboard than I do an HDMI dongle and magnetic screen protector.

Don’t get me wrong; as I said at the start, this is a very personal take on the iPad 2. Vincent’s review – which looks more holistically at the slate – is likely more applicable to most would-be users. For the everyman, the balance of controlled flexibility and predictable, straightforward functionality probably has far more appeal. I don’t doubt the sales figures will argue that too. Polished, civilized and just that little bit soulless; I can respect the iPad 2, but I find it hard to love.