With its software-centric WWDC 2011 keynote, and none of the usual glittering hardware to covet, attention has swiftly turned to other headline-worthy Apple observations of note. In among iOS 5‘s 200+ new features, it’s no surprise that functionality previously the preserve of third-party apps has now been brought in-house. The outlook for titles like Boxcar and Instapaper has changed significantly overnight, now that Apple has refreshed its own notifications system and added Read It Later support to mobile Safari. Yet, to paint this as “the iOS that ate developers” is disingenuous.

Each iteration of iOS has shaved away at what space is available for third-party apps to address. If your software plugs a hole where core abilities are missing, part of the risk you run is that, one day, an official plug will be released. The spoils are understandably greater if the hole you’re addressing is one suffered by many users – Boxcar has surfed the wave of iOS notifications malaise for some time now – but it also means you’re potentially closer to the in-house roadmap.

Apple isn’t alone, though. Google’s fast turnover of Android releases saw various hitherto-aftermarket tweaks being incorporated into the core platform. HTC’s Sense maybe have been the company’s strategy to differentiate its hardware from the many other Android OEMs, but it owes much of its impetus to Google’s voracious appetite for ingenuity. The click over to Android 2.x from the 1.x builds saw much of what Sense had previously done – like social networking integration into contacts – handled by the core OS. 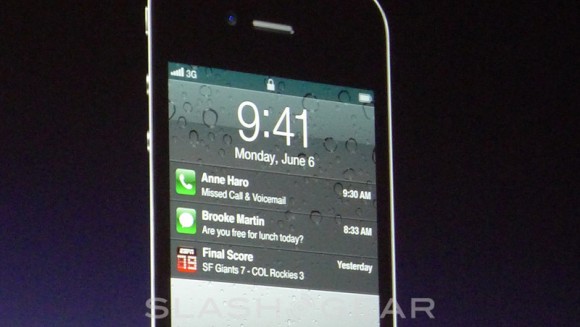 Meanwhile, third-party developers aren’t the only ones eyeing iOS 5 with a sense of familiarity. Microsoft’s Windows Phone lead got his digs in early, taking to Twitter to mention how flattered he was over all the “great WP ideas headed to iOS.” Android’s Andy Rubin hasn’t been quite so vocal, but we wouldn’t be surprised if he and the rest of his team were also picking through Apple’s developer beta and keeping a tally of where the overlaps lie.

It’s just the sort of thing that stokes the flames of fanboy arguments, and it’s also just the sort of thing that general, everyday users don’t care about. iOS 5’s new alerts may look a lot like those on Windows Phone, and the Notifications Center may be following in the footsteps of Android’s drop-down notifications bar, but regular iPhone owners aren’t bothered about inspiration, only usability. The modern smartphone segment is still in its relative infancy, and the paradigms of best-practice in UI are still being thrashed out.

That’s why Windows Phone can enter the market years after Android and iOS and, while perhaps not a runaway commercial success, still impress with aspects of its interface. None of the platforms, despite the hyperbole, have got usability sewn up: each has its frustrations and its head-scratching moments; each makes compromises along the way, suiting some and infuriating others.

Where the story gets sticky is when companies start getting litigious, taking to the courts to defend what they see as their own, patented way of doing things. Apple and Samsung are doing just that right now, of course, though they’re not the only legal spats underway. Patent law is a tricky one: innovation should be rewarded, and people deserve to be credited for their creativity, but all too often it seems broad-stroke patents are used more for bludgeoning rivals than they are for validating real technical advances. 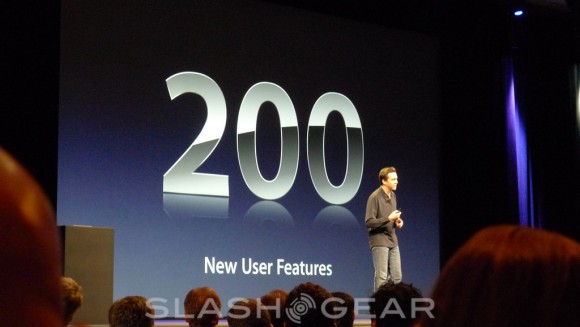 That’s an argument for another time, however. It’s also not necessarily true that apps have been “killed”, even if their functionality now faces rivalry from iOS 5’s core abilities. There’s a lot to be said for a strong rival to baked-in abilities; just because there’s an official Twitter app, doesn’t mean there’s no market for third-party variants that bring something different to the table.

Meanwhile, it’s perhaps the biggest compliment of all to have your app functionality subsumed by the OS it previously served: recognition that you’ve come so far, become so popular among so many people, that Apple, Google or whoever else decides that all of their audience deserves to enjoy your idea. The lucky developers see their app – or their business – acquired; perhaps those even luckier have stronger ideas that ratchet up the pressure by again offering abilities beyond the core OS. Still, that’s nothing new. iOS 5 may change the game for iPhone and iPad, but the balance between Apple and its developer community is just as precarious, just as potentially rewarding, as it always has been.