Apple has released iOS 13.5.1, iPadOS 13.5.1, and watchOS 6.2.6, along with the recommendation that iPhone, iPad, and Apple Watch owners update their devices sooner rather than later. While devoid of new features, unlike other recent iOS releases, this new iOS 13.5.1 includes “important security updates and is recommended for all users,” Apple’s release notes suggest.

At present, it’s unclear what those security updates actually comprise. Apple’s log of updates around security – which the company adds to only after it has released a patch or otherwise fixed a potential security issue – is yet to be updated with exactly what was addressed, at time of publication.

All the same, there’s one notable iOS 13.5 occurrence from recent time. Last week, a jailbreak for iOS 13.5 was announced, with the so-called Unc0ver jailbreak promising to work on any iOS device running versions between 11 and 13.5. However that wasn’t the main reason the jailbreak got attention. 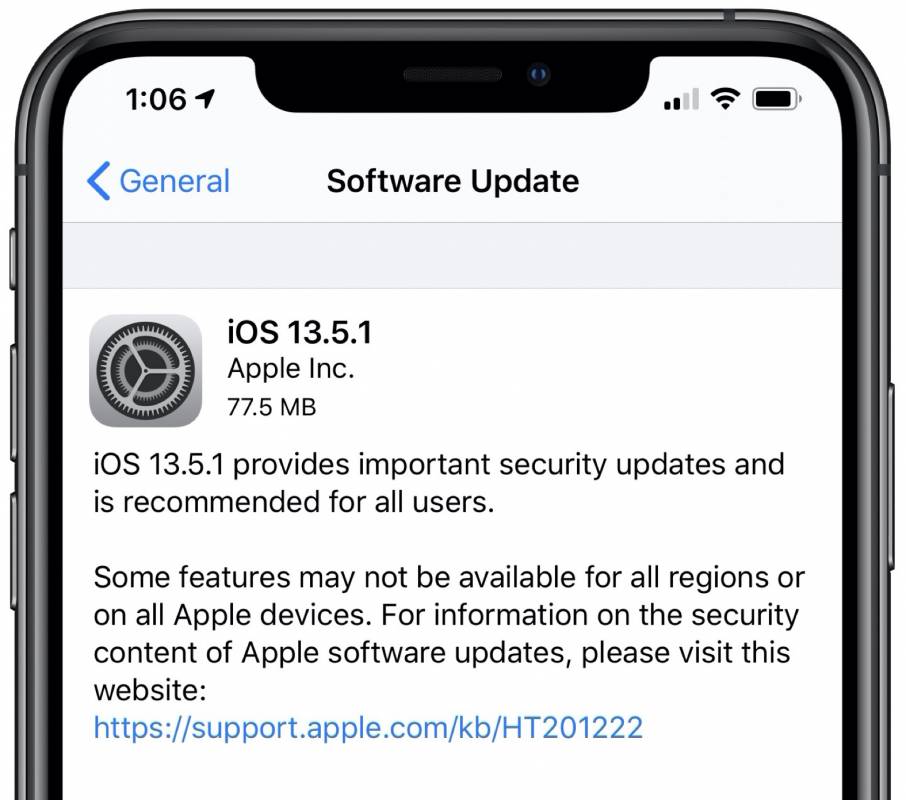 One of the big promises made about Unc0ver v5.0.0 was that it used Apple’s native system sandbox exceptions. That way, the security systems that allow you to use services like Apple Pay would continue, while simultaneously you’d be able to access jailbreak files.

Though Apple hasn’t said anything about what has changed, the team behind Unc0ver has been quick to warn iPhone users off upgrading. “iOS 13.5.1 and tvOS 13.4.6 were just released to patch the kernel vulnerability used by the #unc0ver jailbreak,” the group tweeted. “Do not update your devices.”

Jailbreaks have always been a cat-and-mouse affair between Apple and iPhone hackers. The former counts its device and software security as among its most important selling points; the latter want the flexibility to add their own apps, including those not officially available through the App Store, and to otherwise modify the devices they purchased. A DMCA exemption in late 2012 made jailbreaking smartphones legal – though not, unusually, for tablets.

Instead of taking action in the courtroom, then, Apple has attempted to squeeze out the loopholes by which each jailbreak is possible. That’s what this new iOS 13.5.1 release seems intended to do, though it’s entirely possible that it also addresses other issues which the Cupertino firm is yet to detail.