It was a year ago today that Instagram rolled out a new feature called Stories, which allows users to post videos and photos to a feed that lasts 24 hours before disappearing. It sounded instantly familiar, as it was basically a copy of Snapchat‘s own Stories feature, and those similarities were all a lot of people talked about after the reveal. It’s fitting, then, that a year later we’re talking about those similarities once again, but for vastly different reasons.

That, obviously, should be at least somewhat concerning for Snapchat. While Snapchat isn’t exactly doing bad with 166 million daily active users – a number which represented some growth on a quarter-to-quarter basis, after all – the fact that Instagram Stories has caught up so quickly just speaks to the prevalence of the Facebook-owned photo sharing service. 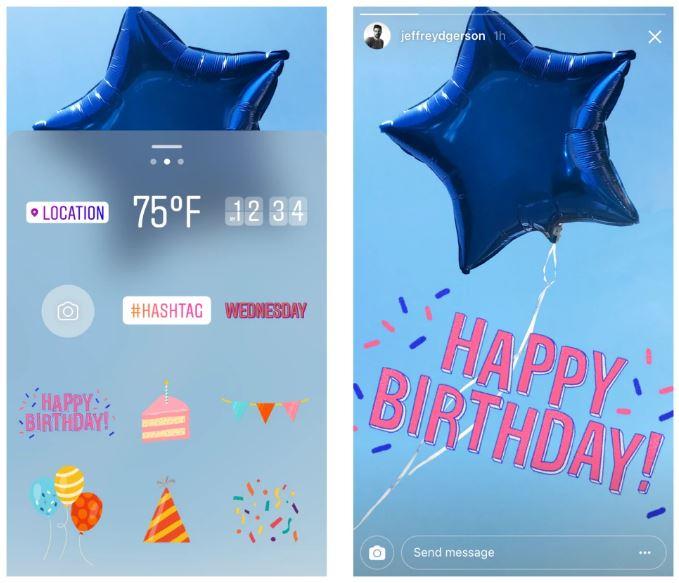 In any case, Instagram Stories seem to be popular with regular users and businesses alike. Instagram today claimed that in the previous month, 50% of businesses on the platform created at least one Story, and that “one in five organic stories from businesses gets a direct message.” Users under the age of 25 are using the Instagram app an average of 32 minutes per day, while those over 25 register an average of 24 minutes per day.

Instagram Stories are popular all around the world, too, with the top five location tags spanning Jakarta, São Paulo, New York, London, and Spain in that order. To celebrate this one year anniversary, Instagram has added a new batch of stickers, which you see previewed in the image above. Are you one of the 250 million people who are using Instagram Stories daily? Head down to the comments section and let us know!