Instagram desktop posting test has us crossing our fingers

Instagram desktop posting is being rolled out to select users, part of the social network’s experiment to spread photo uploads from its smartphone apps. The feature – which allows users to add images to their Instagram feed from their computer – is one of the most persistent requests, though there’s a fair chance that you may not see it on your account when you next log in.

Instagram has long offered access to user accounts through its desktop site, which shows not only the timeline but Instagram Stories, direct messages, and notifications. However actually being able to add content has always required the Instagram app for iOS or Android.

Now, at least for a select few, that’s changing – at least for some parts of Instagram. “We know that many people access Instagram from their computer,” a company spokesperson told Engadget. “To improve that experience, we’re now testing the ability to create a Feed post on Instagram with their desktop browser.” 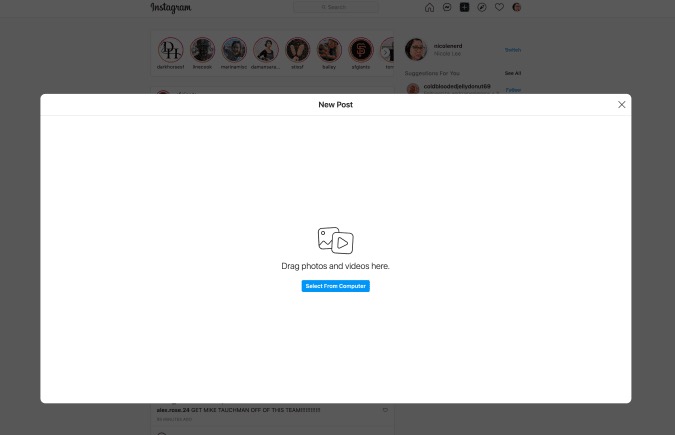 It’ll mean the ability to upload a picture, or several pictures, saved on your computer through the browser-based Instagram interface. As with the phone version, you’ll be able to make edits – such as crops and rotations – along with add the usual bevy of filters before posting. However there’s no way to add content to Instagram Stories, the ephemeral shares which delete automatically after 24 hours, from the desktop at present.

While smartphone photography may have eclipsed more traditional cameras in recent years, that’s not to say the ability to upload images to Instagram from the desktop is of less use. If you’re managing a business account, for example, it can be easier to deal with pictures, text, and hashtags with a full-sized keyboard on hand. There’s also the potential for more meaningful scheduling and other automated publishing features, though how amenable to that Instagram may be remains to be seen. 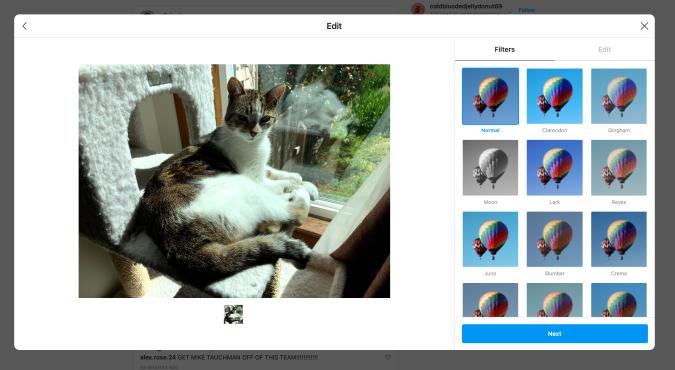 Nonetheless, that all hinges on whether the company decides this is a successful experiment. Instagram hasn’t said how many people should now be able to upload from the desktop, or how many it has in mind for its overall trial of the option. The company does run regular tests on smaller groups of users, such as when it trialed the ability to hide “likes” on both individual’s own posts and the timeline as a whole.

Sometimes that can result in inadvertent confusion, mind, such as when one trial of like-hiding that Instagram meant for a small group was rolled out to a much larger cohort of users. The company admitted at the time that it was an error, and rolled it back, though added the option to all accounts in May of this year.