Grocery delivery via gig worker group Instacart might be in trouble. A release today detailed communications between Instacart Shoppers and Gig Workers Collective in which the two groups have planned an Emergency Walk Off. The way they put it, Instacart, the brand, has not been very kind to its workers in this time of significantly increased potential danger.

“Instacart has turned this pandemic into a PR campaign, portraying itself the hero of families that are sheltered-in-place, isolated, or quarantined,” wrote a Gig Workers Collective representative. “Instacart has still not provided essential protections to Shoppers on the front lines that could prevent them from becoming carriers, falling ill themselves, or worse.” 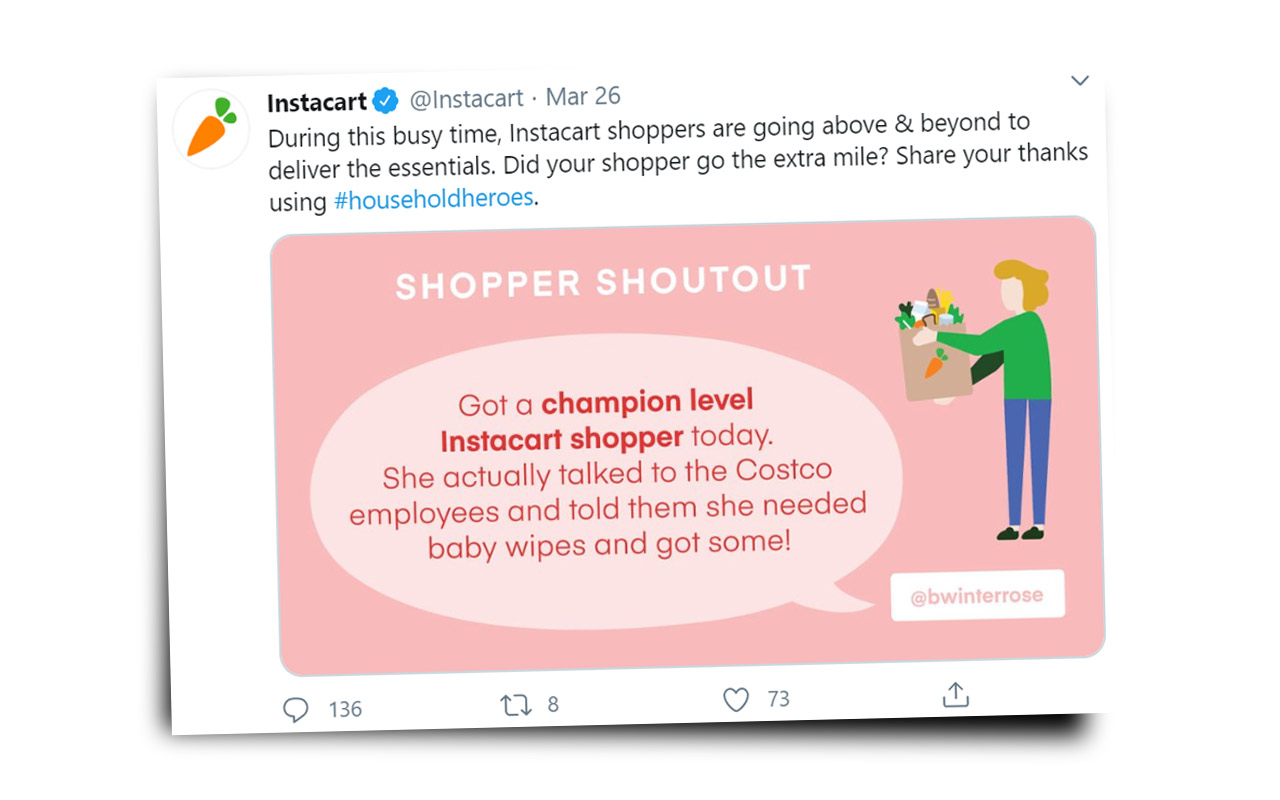 Per the Shoppers release, Instacart has “refused to act proactively in the interests of its Shoppers, customers, and public health, so we are forced to take matters into our own hands.” Shoppers working with Instacart will be “walking off” their jobs starting Monday, March 30, 2020, until their demands are met.

Strike Demands made by Instacart Shoppers and Gig Workers Collective:
1. Safety precautions at no cost to workers — PPE (at minimum hand sanitizer, disinfectant wipes/sprays and soap).
2. Hazard pay — an extra $5 per order and defaulting the in-app tip amount to at least 10% of the order total.
3. An extension and expansion of pay for workers impacted by COVID-19 — anyone who has a doctor’s note for either a preexisting condition that’s a known risk factor or requiring a self-quarantine.
4. The deadline to qualify for these benefits must be extended beyond April 8th.*

*At this time, there is a COVID-19-related policy in place with Instacart in which they promise to pay Instacart Shoppers up to 14 days of pay if diagnosed or placed in mandatory quarantine. This policy is set to expire on April 8th. Barring a miracle, this crisis will last well beyond April 8th.

If Instacart Shoppers’ demands are met, they’ll return to work, according to the release posted earlier today. It is not clear at this time how many of the 150,000+ Instacart Shoppers will stop working as of Monday. Stay tuned as this situation develops.