The Lenovo ThinkPad X1 burst on to the scene last year to considerable interest, thanks to its thin profile combined with high-end hardware and classic ThinkPad styling. The newest model is much the same with a few upgraded components, but the “Hybrid” distinction is thanks to the addition of a Qualcomm ARM-based system on a chip, which adds a low-power media mode. Lenovo was kind enough to join us on stage at the Showstoppers event at CES to show off the new model.

The X1 Hybrid is basically identical to the older version, so we’ll focus on the new Media Mode. This isn’t one of the “pre-boot environments” that was popular a few years ago. This is a completely separate operating system, which Lenovo says is a Linux-based open source system. The Media Mode launches from a Windows shortcut, immediately sending Windows into its sleep state.

Media Mode launches in under two seconds, and runs from the 16GB flash storage in the Qualcomm system-on-a-chip. It has access to all the network connections on the laptop, so built-in web browsing is a go. It can also access photos, videos and documents stored on the 16GB partition. There don’t appear to be any more apps than what are included. 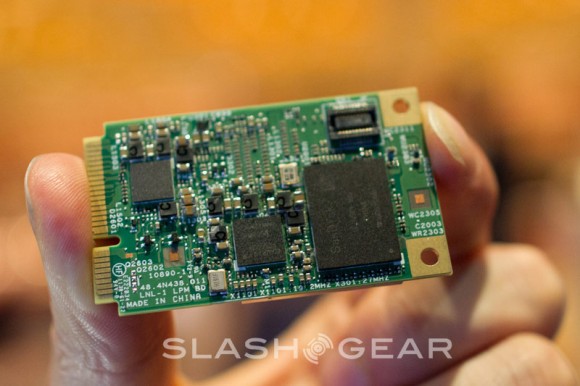 The best part about Media Mode is the that it extends the X1’s battery life by double, according to Lenovo. That turns the standard 5-hour battery life into 10, and the extended slice battery from 10 to 20… assuming that you stay in the low-power mode.

The 13-inch ThinkPad X1 Hybrid will be available in the second quarter, starting at $1599.