Glacial melt so dramatic it can be seen from space sounds like bad news, but it makes for some incredible images, as the latest Arctic shots prove. Both NASA and the European Space Agency have released the newest camerawork from their satellites tracking climate change, showing vast chunks of ice as they shift and melt off Greenland in July and August.

Courtesy of NASA’s Aqua satellite and the Moderate Resolution Imaging Spectroradiometer (MODIS), we see huge spirals of ice created by currents and winds across the Greenland Sea.

NASA points out that 2015 is shaping up to be a year with low arctic summer sea ice cover, with nine of the past ten years having the lowest ice extents on record.

“The Arctic is two to three times more sensitive to temperature changes as the Earth as a whole,” the space agency points out. 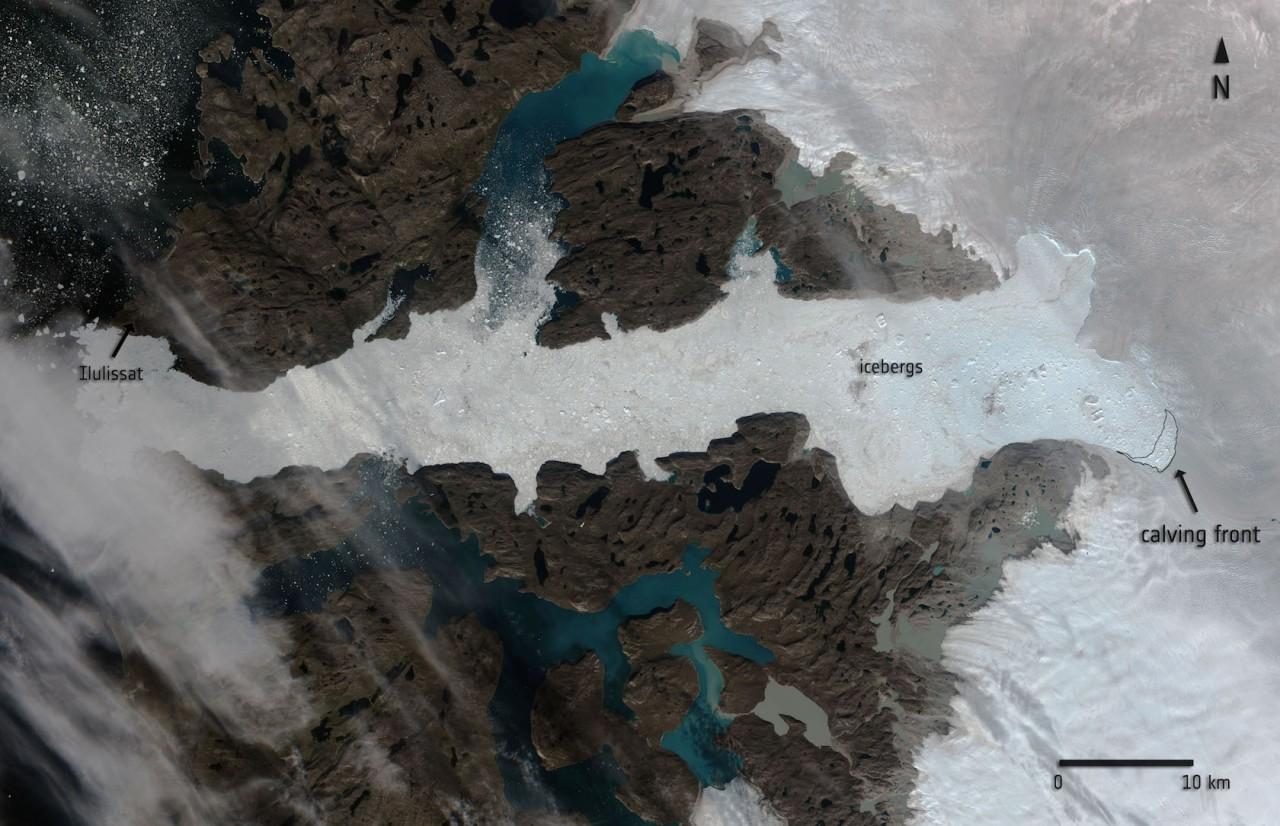 The ESA’s photos are more disturbing on that front. Taken on August 16 by the Sentinel-1A weather satellite, the above image shows the progression of the Jakobshavn glacier in western Greenland, as a roughly 4.8 square mile chunk of ice broke off, or “calved”, from it.

“Assuming the ice is about 1400 m deep, this equates a volume of 17.5 cubic km,” the ESA points out, “which could cover the whole of Manhattan Island by a layer of ice about 300m thick.”

The calving is being described as one of the most significant on record, with the glacier’s face left at its furthest inland since measurements began in the mid-1880s.