One of iMovie ’11‘s more entertaining additions is the new array of movie studio titles, each less-than-subtly cribbed from an authentic studio.  Don’t assume you can pass off your latest lolcat clip as the handiwork of Paramount or Universal, however; TUAW discovered that Apple censorware in iMovie ’11 strips out any mention of the matching studio when you go to render the clip.

So far it’s been found that Lionsgate, Paramount, Hollywood Pictures, Universal, Dreamworks, StudioCanal and RKO are all blocked, depending on which title sequence you try to add the text to.  iMovie ’11 automatically substitutes the offending word(s) with a string of hyphens.

It’s presumed that this move has been made by Apple to avoid upsetting the studios, who might be worried that the titles – which do look a whole lot like the real thing – will be used in video piracy efforts.  More on iMovie ’11 here. 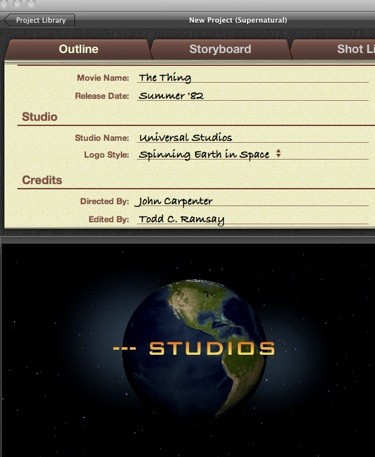