Sony can’t be pleased with case and accessory maker Olixar after it leaked images of some of its cases for Sony’s coming Xperia 1 III smartphone. The rub for Sony was that not only did Olixar show off its clear cases, but the renderings show the Sony smartphone essentially naked ahead of the official launch. Reports indicate that the images leaked by Olixar look the same as some previous renderings of the device leaked in 2020 with at least one change.

The big change has to do with the rear camera. The telephoto lens of the rear camera array is a periscope. The ZEISS T* logo can be seen on the smartphone’s back, indicating who manufactures the optics and that a specialized coding is used on the lenses. Compared to the previously leaked renders, the location of the LED flash and 3D ToF sensors have been moved.

The fingerprint scanner for the smartphone is on the device’s side, and underneath it is a shortcut key of the sort seen on the Xperia Pro. Something that should excite audiophiles with the favorite set of wired headphones is that a 3.5 mm headphone port is integrated. The shape of the device is classic smartphone candy bar-style with a tall and relatively narrow-looking design.

The display is expected to be a 6.5-inch 4K OLED that’s brighter than some used in previous models. Other reports indicate that Sony is improving the selfie camera sensor to offer a brighter aperture. Sensor size and resolution will remain the same as sensors used on previous devices. 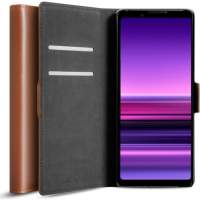 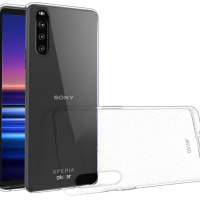 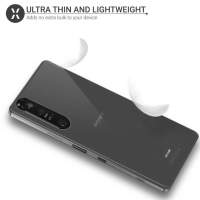 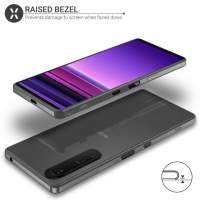 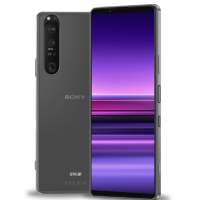 Another rumored device is the Sony Xperia 10 III, which will sit beneath the Xperia 1 III in the Sony hierarchy. It’s tipped to have a 6.0-inch display and will be the first mid-range 5G smartphone from Sony. Sony is having an event on April 14 where a new smartphone or smartphones will be revealed. More details are expected on that date.