This iMac Pro server rack is both beautiful and powerful

With the iMac Pro potent enough to embarrass the Mac Pro – and Apple’s “trash can” computer not likely to see an update until next year – one company has taken the obvious next step and harnessed multiple all-in-ones into a server farm. MacStadium made headlines back in 2013 with its unusual rack-mounted Mac Pro arrays, demonstrating that just because Apple’s form-factor is atypical, that doesn’t mean it couldn’t be chained together for some seriously heavy workloads.

Now, it’s doing the same with the iMac Pro. It’s early days yet – the design hasn’t been finalized, apparently, and the company is still working out the lingering details – but the concept is pretty straightforward. Rather than a server made up of traditional 1U and 2U workstations, a custom rig holds multiple iMac Pro instead. 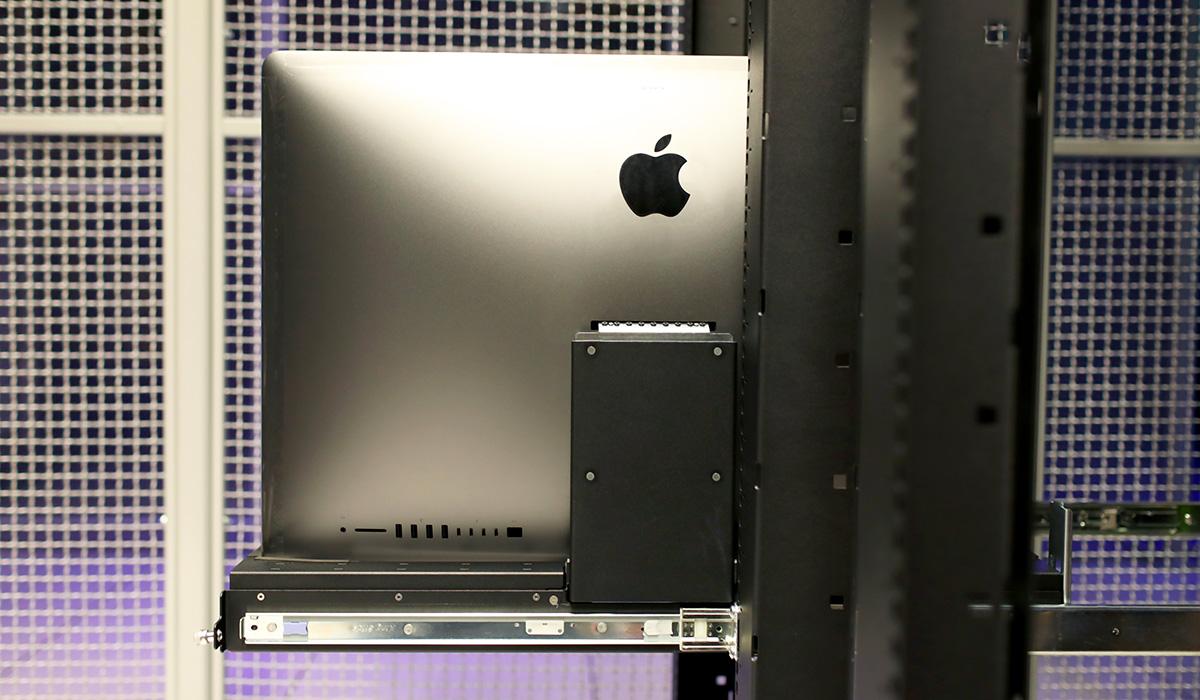 “Our patent-pending sled design lets us load iMac Pros into enterprise racks with high density and redundancy (like our Mac Pros),” MacStadium says, “and our testing shows lightning fast builds.” Indeed, from the preview photos the company has shared, it looks like it can squeeze six iMac Pro into each “sled,” organized into three pairs. Each pair is set up display-to-display.

Since nobody will actually be using each individual display, at least not normally, it’s the most efficient way to package up six of the “most powerful Mac ever made” into a reasonably compact footprint. Exact details haven’t been shared, but from the photos it seems MacStadium has crafted a custom mount that attaches where the iMac Pro’s regular stand would usually connect. That then joins – via a hinge – to the pull-out tray on which all six computers sit. 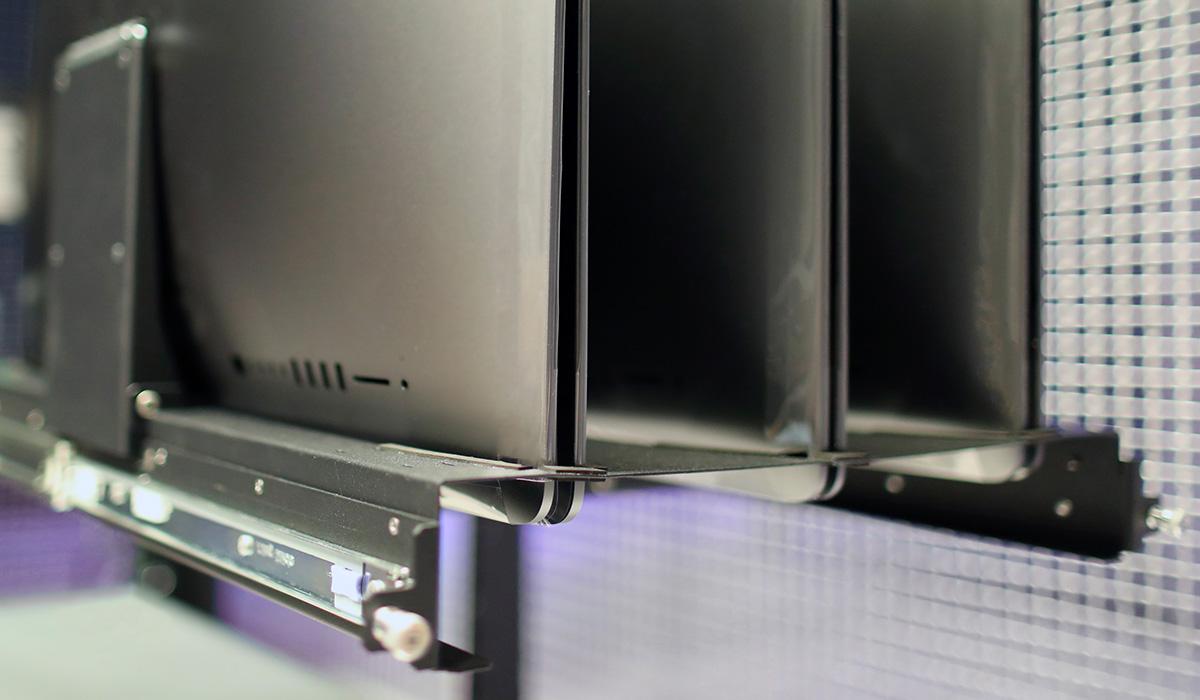 It’s a clever solution from a company that has already demonstrated it has some imagination when it comes to irregularly-sized systems. MacStadium’s custom Mac Pro mounts tip the cylindrical computers on their side, locking them into a square chassis with a power supply and cooling. That then slides on a sled into a standard rack.

The challenge, of course, doesn’t stop at figuring out a neat way to build hardware into a server farm. Then you have to work out how to link it all up. In the case of the Mac Pro, MacStadium offers a rented array: you can basically develop for macOS on the computer as if it was local, but over an uncapped gigabit ethernet connection. We’re guessing MacStadium will be doing the same with the iMac Pro, offering a way to get the power of the all-in-one only without the not-inconsiderable outlay.

With even an entry-level example going for $4,999 – and a maxed-out iMac Pro coming in at over $13k – that’s a big consideration for those wanting to do macOS and iOS development on the latest hardware. MacStadium says it plans to open up its iMac Pro private cloud beta soon; no word yet on pricing.