IKEA’s SYMFONISK Picture Frame speaker has arrived, and if you didn’t know it hid wireless music talents behind the abstract art, you’d be forgiven for not realizing Sonos’ involvement. Third addition to the SYMFONISK range, the new Picture Frame speaker joins the Bookshelf Speaker and Table Lamp Speaker as some of the most affordable ways to add Sonos to your home.

It’s the most expensive of the trio, at $199, though arguably the most complex. Like with its predecessors, the unboxing experience is more IKEA than Sonos, down to the picture-heavy instruction guide. 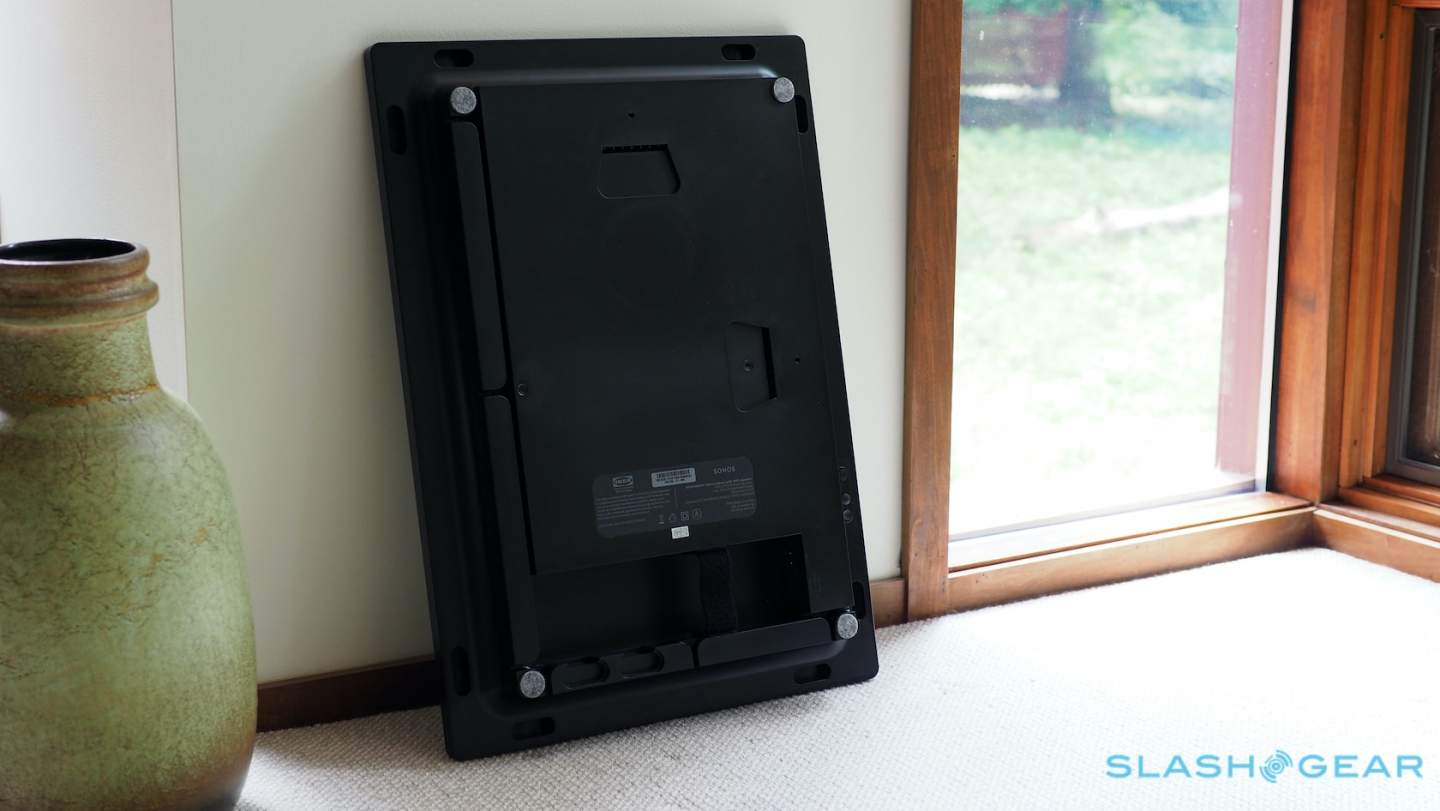 Not that there’s much installation required. Although, like its namesake, you can hang the SYMFONISK Picture Frame on the wall, it’s also designed for less permanent mounting. IKEA includes a metal bracket for wall use, which can be slotted into place for both landscape or portrait use, and two rubber feet that also support both orientations. That way you can stand the speaker up on the floor, resting – on little felt pads – agains the wall. 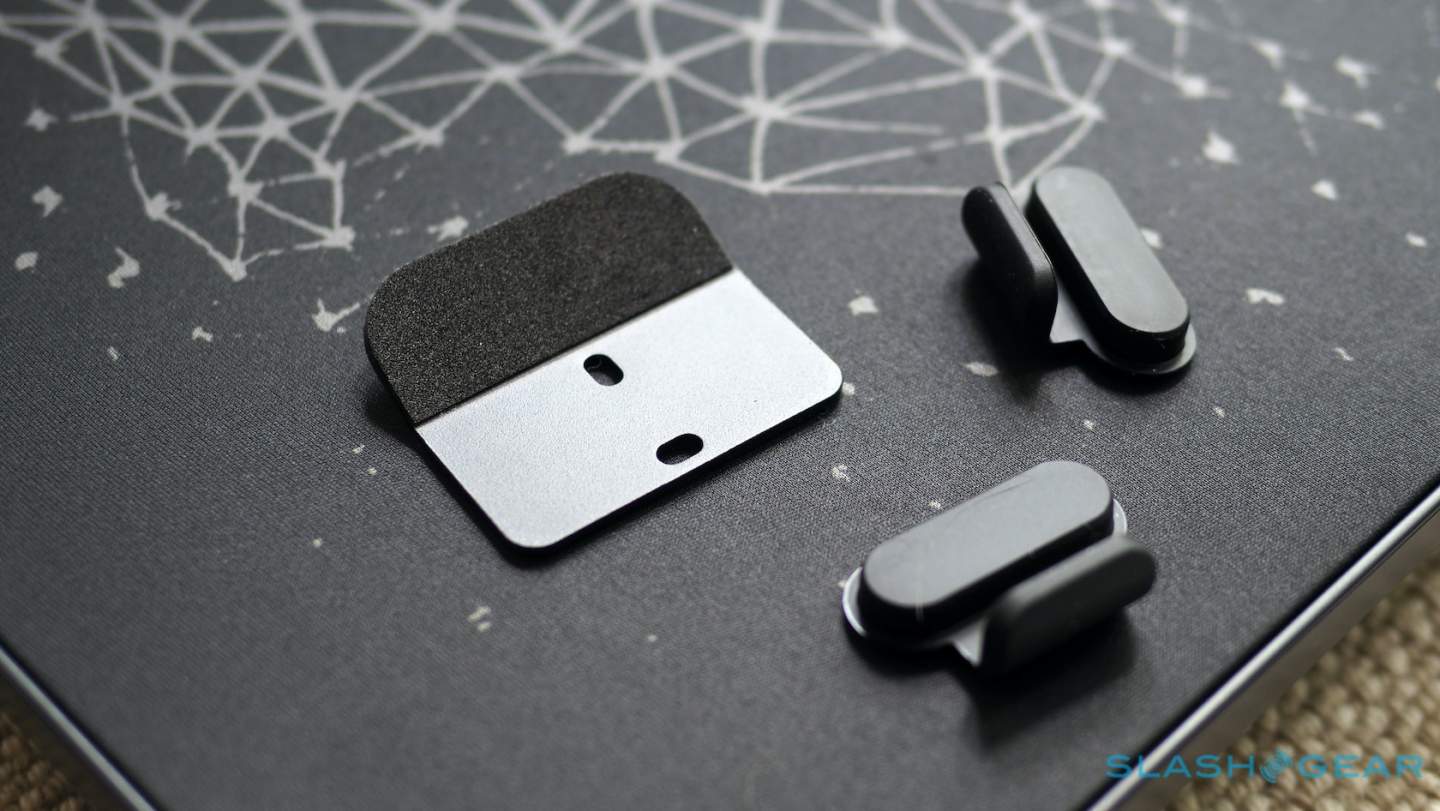 It’s just part of IKEA’s pleasing attention to detail. The cord is not only long – more than 11 feet – but fabric covered; what length of it isn’t on show can be easily coiled up in the storage nook on the back, with a Velcro strap to hold it in place. That compartment also has a power output, so you can daisy-chain two SYMFONISK Picture Frame speakers together and minimize the number of cables dangling down. 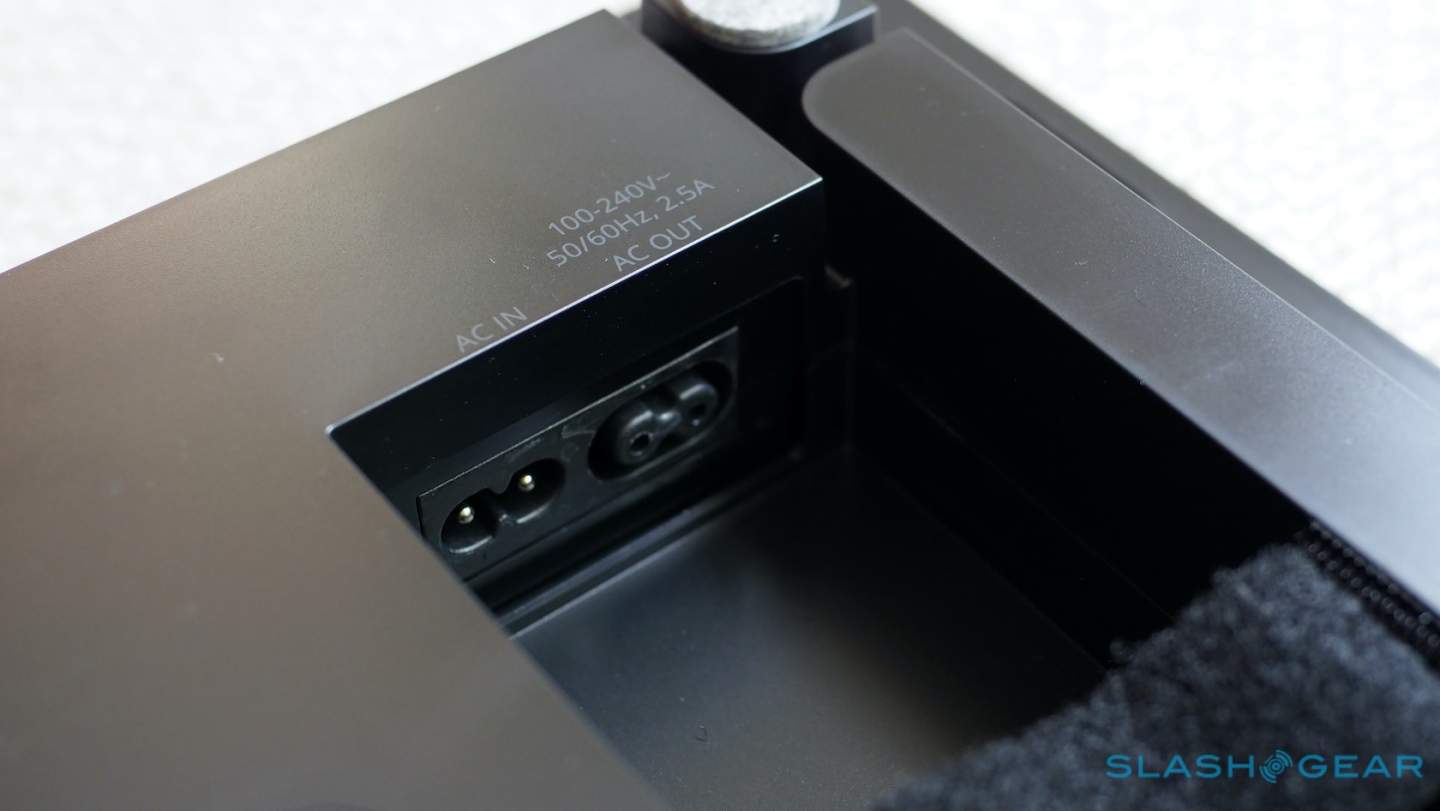 It’s also where you’ll find the ethernet port, though – as I imagine most people will – I opted for WiFi instead. Setup is a matter of plugging the speaker in, searching for new devices in the Sonos app, and then tapping your NFC-equipped smartphone against the green LED which glows through the fabric mesh front. Then, after a firmware update and running through Sonos’ Trueplay tuning to take into account the acoustics of the room, I could test out some tracks. 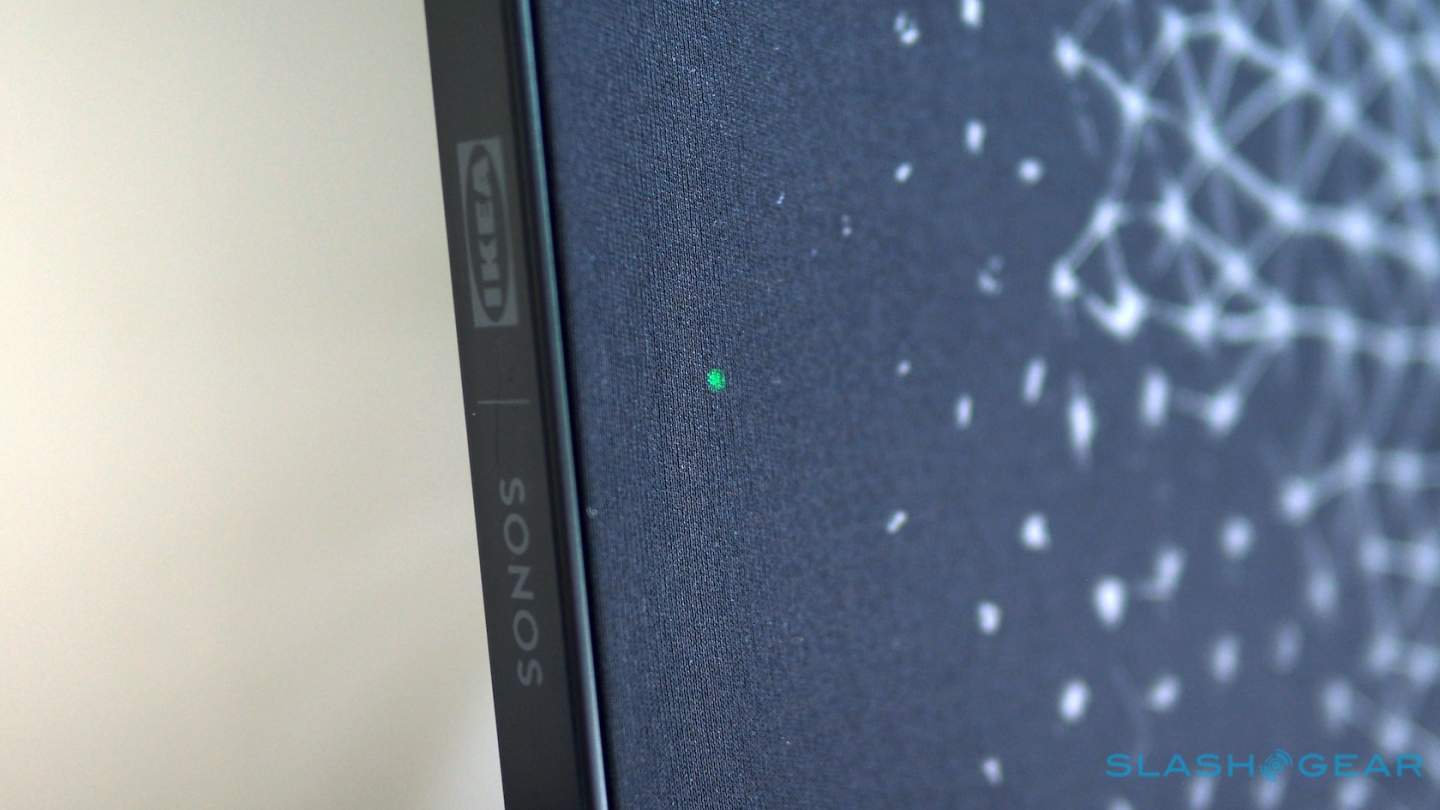 As with the other SYMFONISK models, the Picture Frame speaker is treated like any other Sonos speaker. You can play music to it individually, group it with other Sonos speakers, or – if you have two of them, which currently I don’t – pair them up for stereo use. I suspect many will find their way into duty as rear surround speakers for a Sonos Beam or Arc. 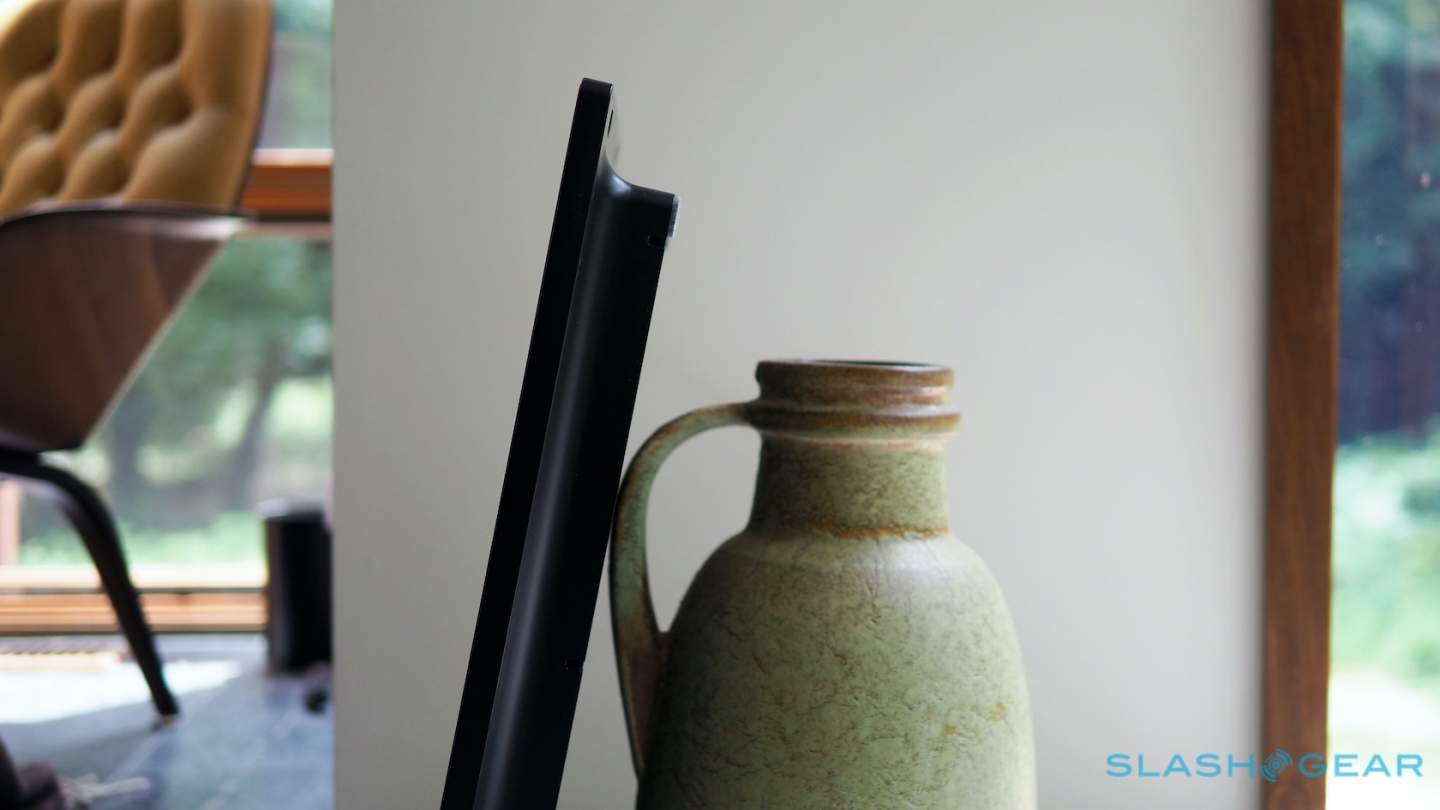 The biggest surprise so far has been sound quality. Honestly, given the 60mm (2.36-inch) thickness, I wasn’t expecting too much, especially when it comes to bass. Sonos and IKEA squeeze in a tweeter and a woofer but they’re obviously fairly shallow. 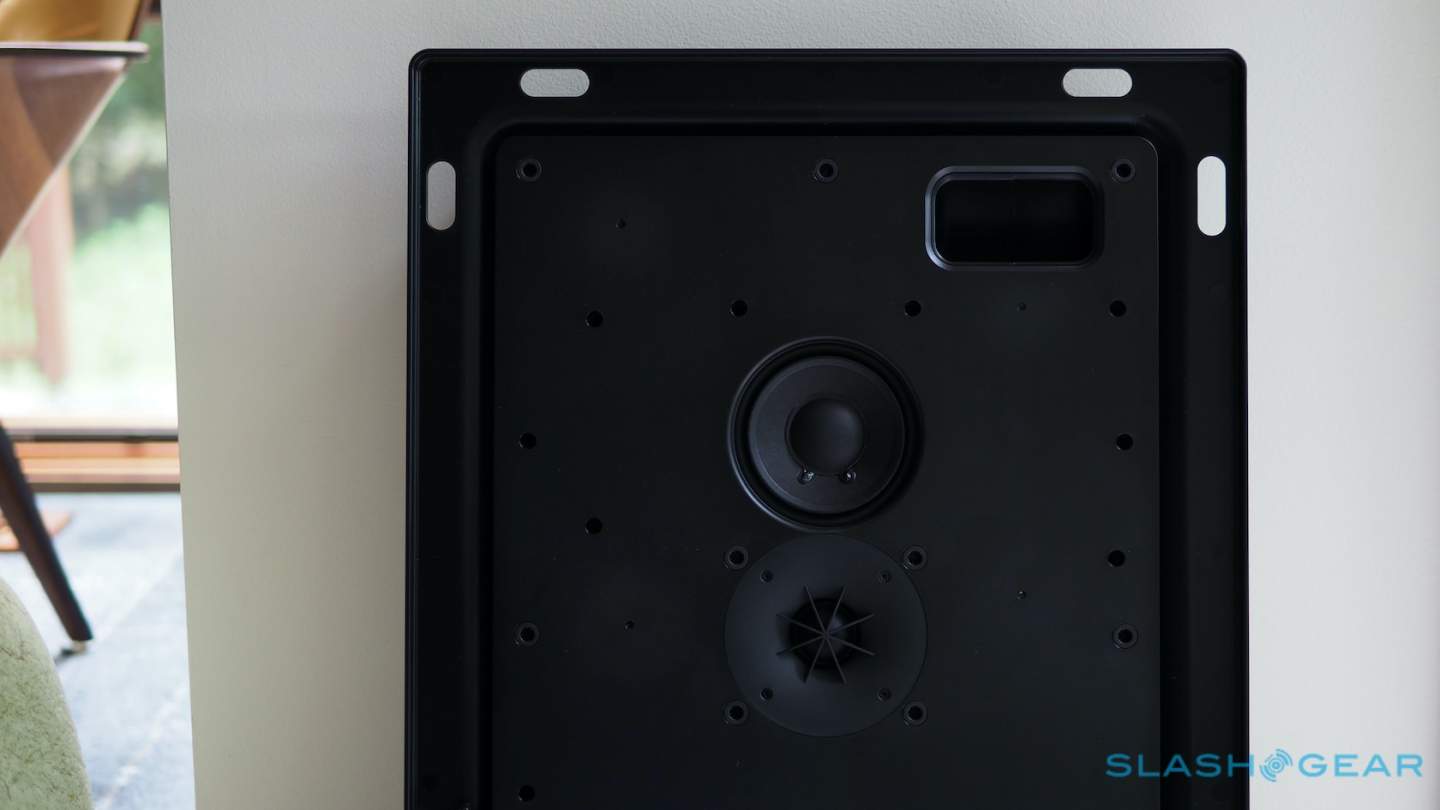 Happily the end result is anything but weak. There’s an unexpected amount of low-end, and the whole thing sounds balanced: much, in fact, like IKEA’s SYMFONISK Bookshelf Speaker. I still need to put it through its paces with a variety of different musical styles, but after even just a handful of tracks and genres I’m a lot more confident that this isn’t a gimmick. 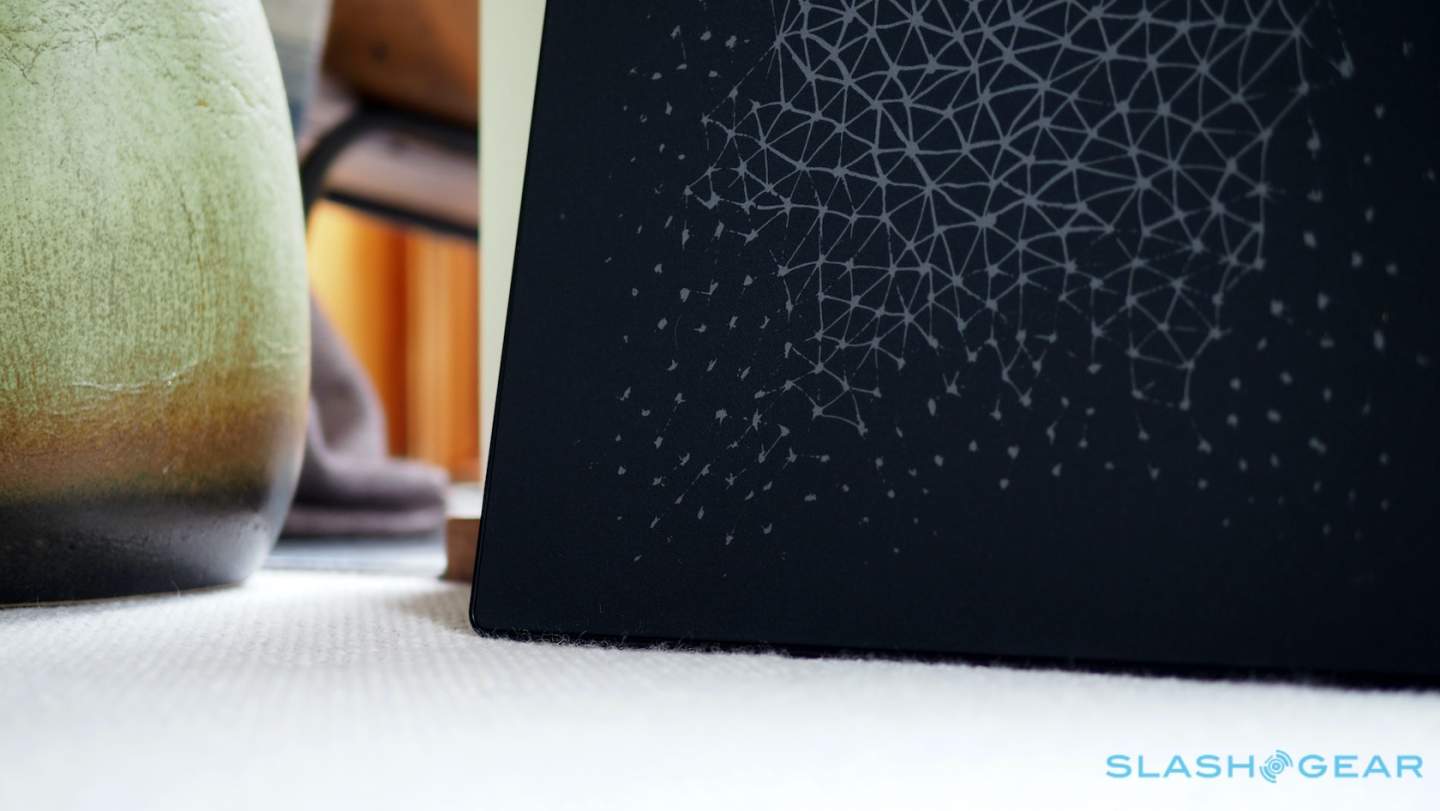 Indeed so far the biggest drawback is the art itself. The abstract pattern – modeled, according to artist Jennifer Idrizi, on the interplay of music and networks – is pleasing enough, but it’s a little bland. IKEA will have alternatives, and the printed fabric with its plastic mesh backing pops out easily to swap the $20 replacements in, but I wish there was a way to have your own photos or artwork printed instead. 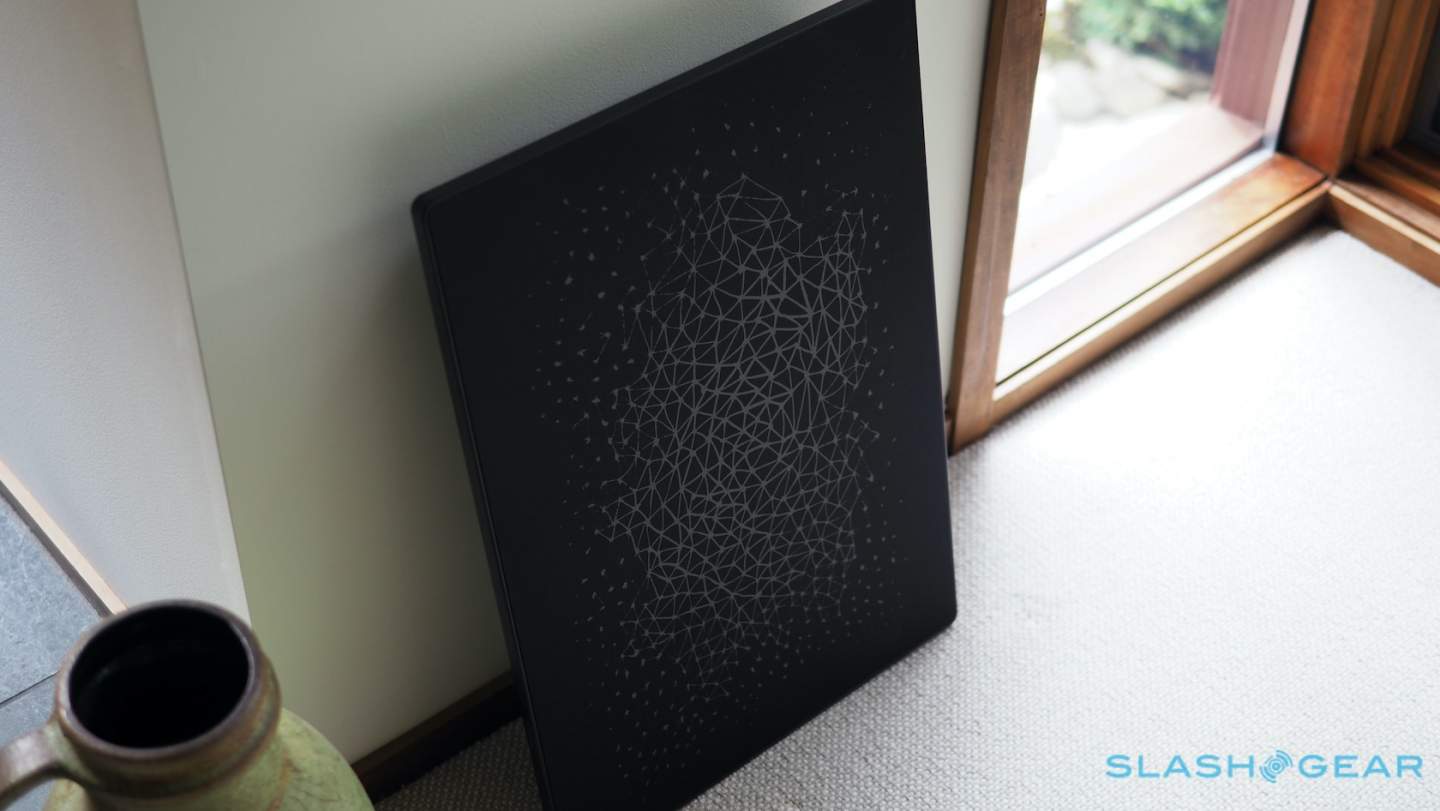 Beyond that, though, you’re getting the same easy control, Sonos Radio support, Apple AirPlay 2, and other features that come with recent Sonos models. We’ll have a full review of the SYMFONISK Picture Frame soon, and sales of the speaker kick off on July 15 at IKEA stores in North America and Europe.