IKEA is aiming to capitalize on space-short city dwellers with a new set of robotic furniture, ROGNAN, that can transform between a bedroom and a living space. Intended for studio apartments and other smaller locations, the new range can change a room between sleeping, working, and relaxing at the touch of a button.

IKEA partnered with American firm Ori for the ROGNAN, a company that has already been offering so-called “robotic furniture” for a few years now. The first ROGNAN product is based on IKEA’s existing PLATSA storage solution, a modular set of furniture designed to fit into awkward spaces like under the stairs. 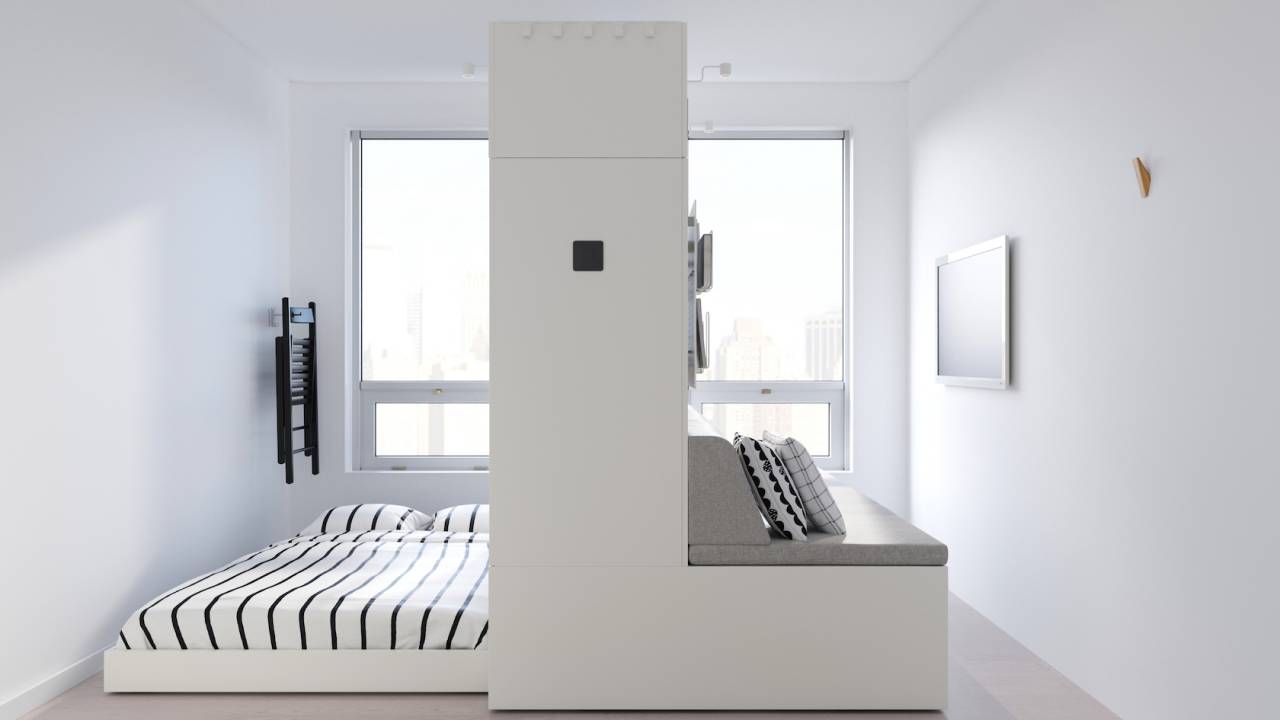 In the case of ROGNAN, that storage is combined with a power mechanism. In one configuration, there’s a sofa and several cabinets. Press a button on the control panel at the end, however, and ROGNAN slides across, to reveal a fold-down desk and more cabinets.

Push another button, meanwhile, and a bed emerges from underneath the unit. “With ROGNAN the customer gets eight extra square meters of living space, using robotics to transform the solution from bedroom to walk-in closet, to work space, to living room,” Seana Strawn, product developer for new innovations at IKEA, explains. Owners will be able to customize the unit with other PLATSA items, along with TRADFRI cabinet and wardrobe smart lighting. 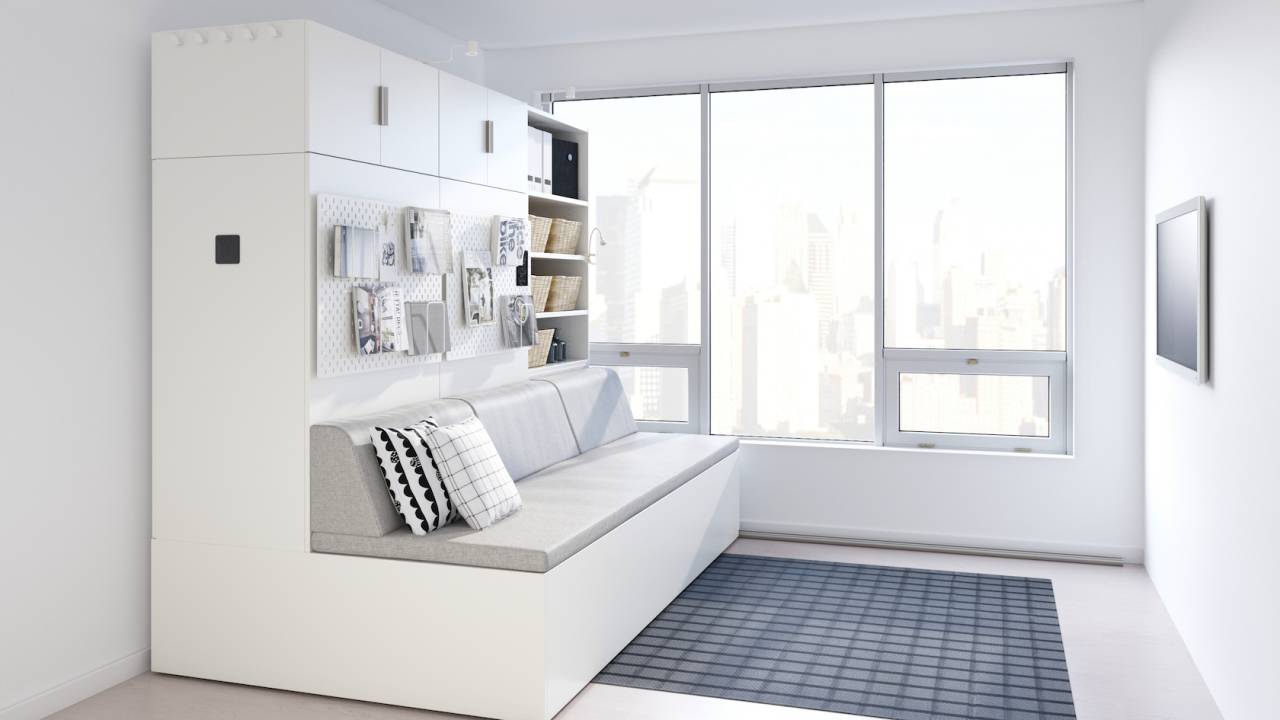 Shape-shifting furniture isn’t new, of course, as designers look to maximize the usability of smaller spaces. We’ve seen beds that transform into tables that flex into diminutive kitchens, whether for homes squeezed into tiny urban spaces or onto other constrained floor plans like those of boats. What they’re typically not, however, is especially affordable. 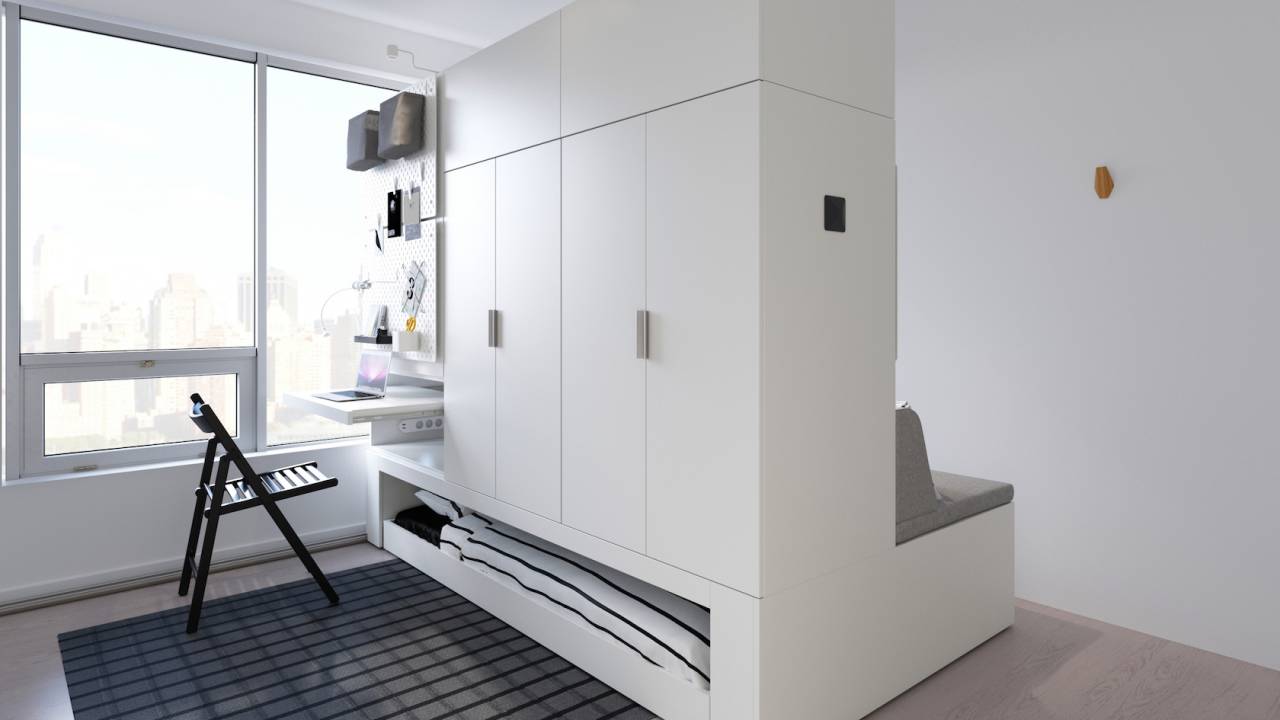 Custom installations and a limited audience usually means that this space-saving furniture can actually end up considerably more expensive than larger, traditional items. Ori’s Studio Suite, for example, includes a bed and a room divider, along with a desk and plenty of storage. It also costs a heady $17k or more.

IKEA isn’t saying how much ROGNAN will cost when it goes on sale in 2020. However the expectation is that it will be considerably more expensive – much in the same way that IKEA’s recent collaboration with Sonos has resulted in more affordable connected speakers. The initial launch will be in Hong Kong and Japan, the furniture retailer says.