IKEA has made an air purifier, and while there are plenty of options out there for adding some gas and smell removal from your home, the new FÖRNUFTIG has the benefit of being unexpectedly affordable. Unlike rival purifiers – which can cost hundreds of dollars to buy, and then $60+ for replacement filters – IKEA’s takes a leaf out of the company’s furniture playbook.

That means not only an attainable price tag, but some sleek design too. In fact, at first glance you could easily confuse the IKEA FÖRNUFTIG for a Bang & Olufsen speaker, at least if you only looked at the front (and ignored the fact that it didn’t actually play music). 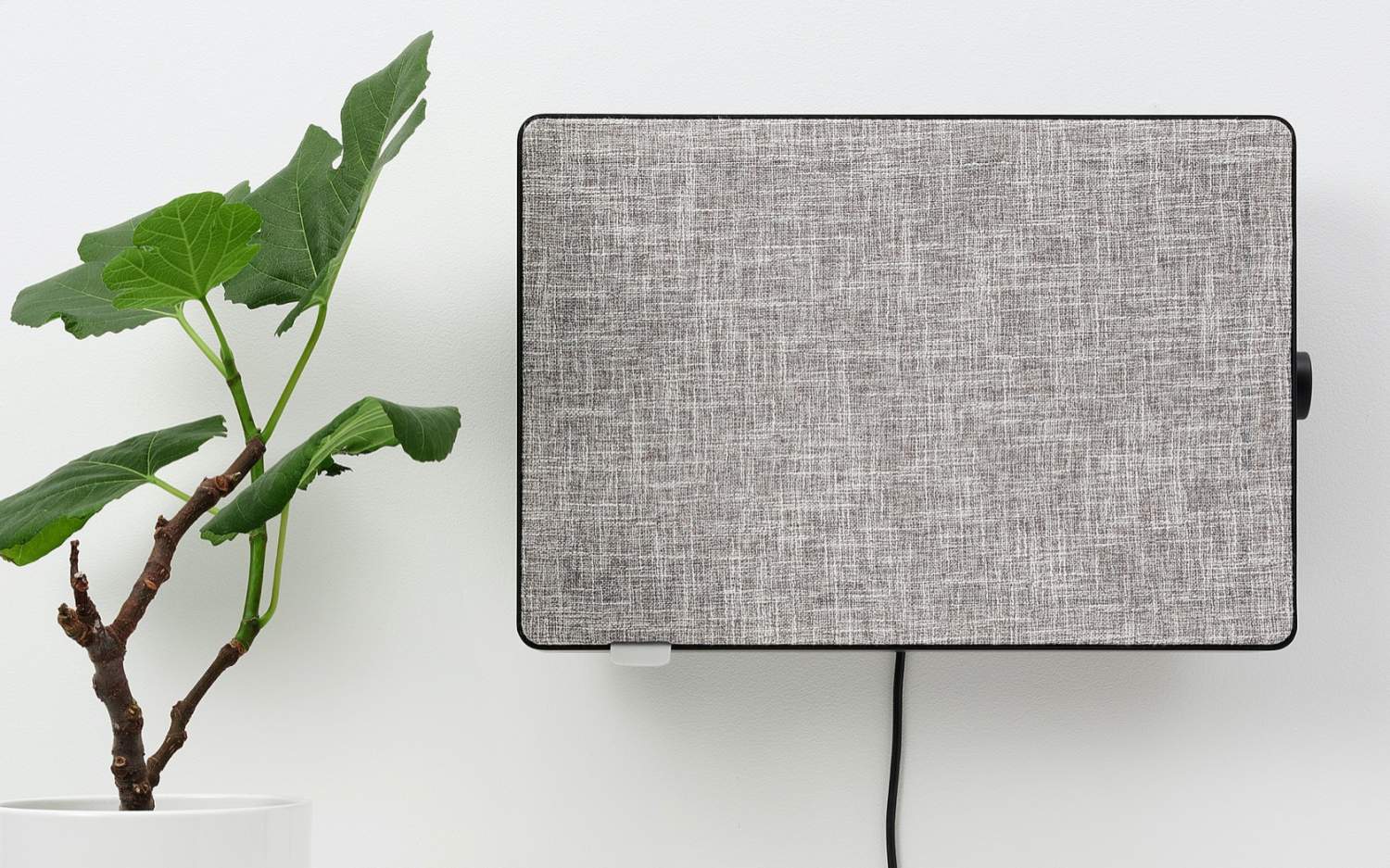 At $54.99 the purifier itself is about the same as what some other companies charge for replacement filters alone. It’s 18-inches tall and 12-inches wide, with a 4-inch depth. IKEA supplies a simple stand for floor use – there’s also a fabric handle on top, to make moving it easier – or it can be wall mounted instead, either horizontally or vertically. 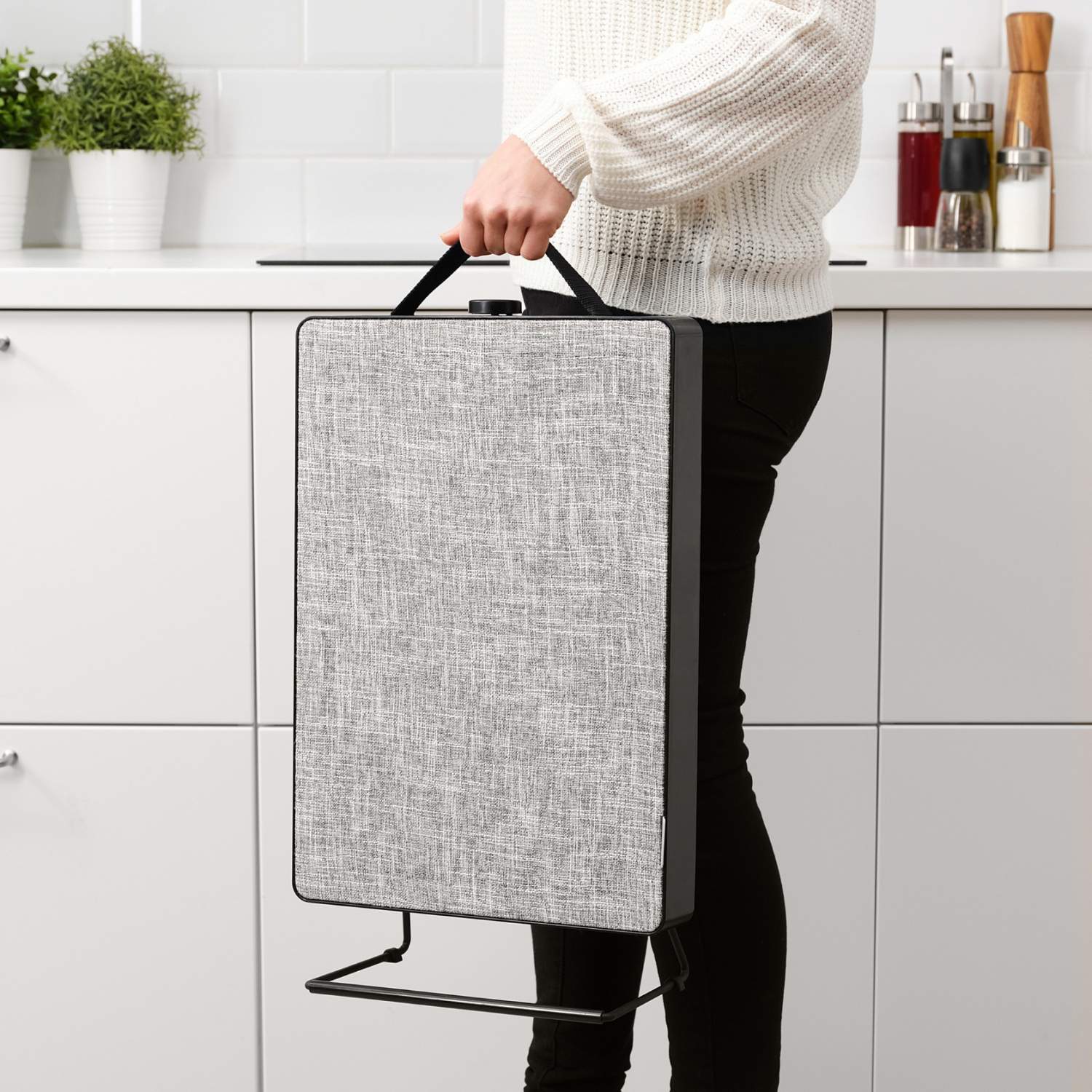 There’s no wireless connectivity, remote app control, or even a sensor to adjust the settings. Instead, you get a single dial on the top, which handles power and the three fan levels. The lowest, the retailer says, is quiet enough at 28 dB that it can be used in a bedroom without disturbing you. 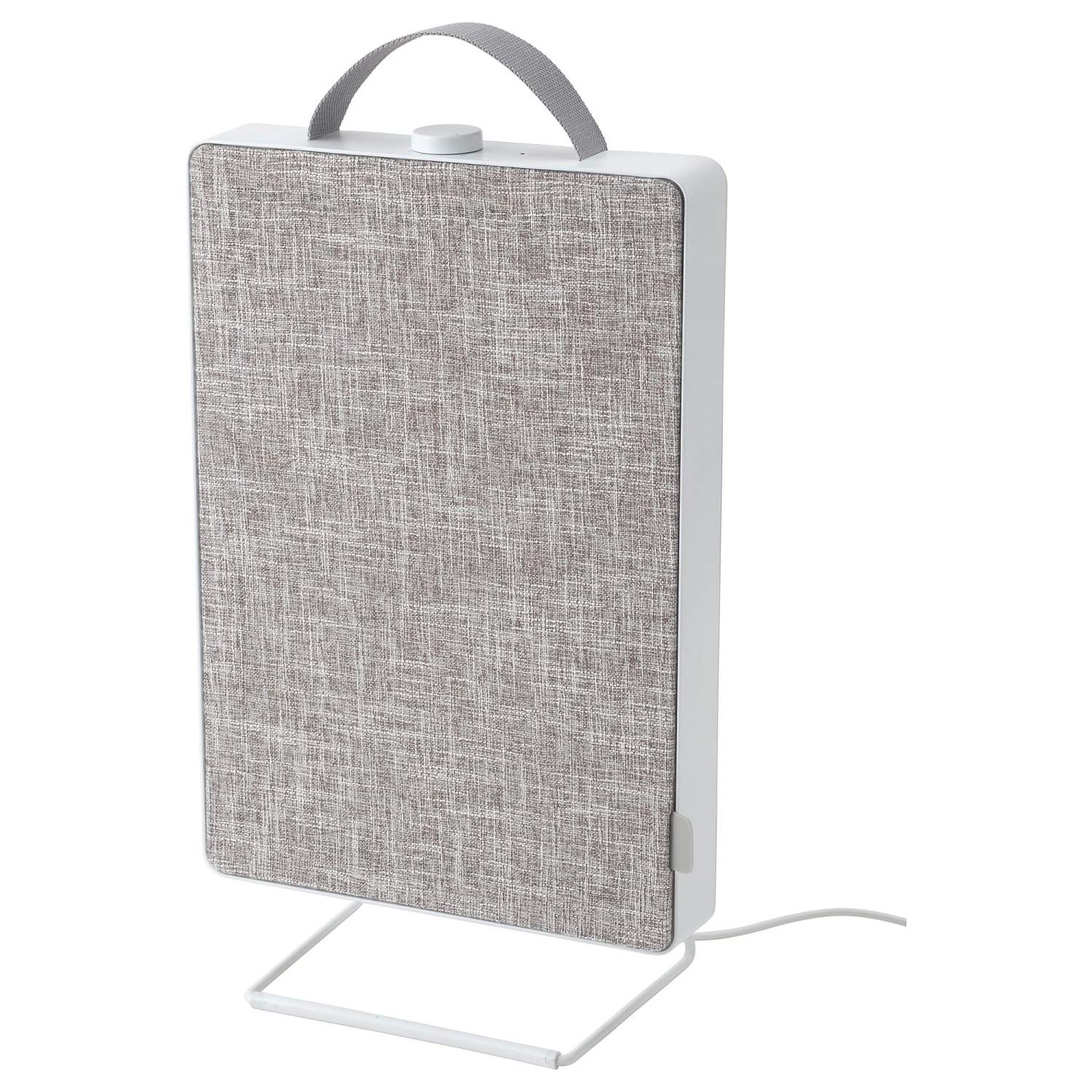 As for the filtration itself, the FÖRNUFTIG comes with a particulate filter which IKEA claims will absorb around 99.5-percent of smaller airborne particles, down to PM2.5. That means dust and pollen scale. It can handle – fan speed depending – a room up to 85-105 square feet. 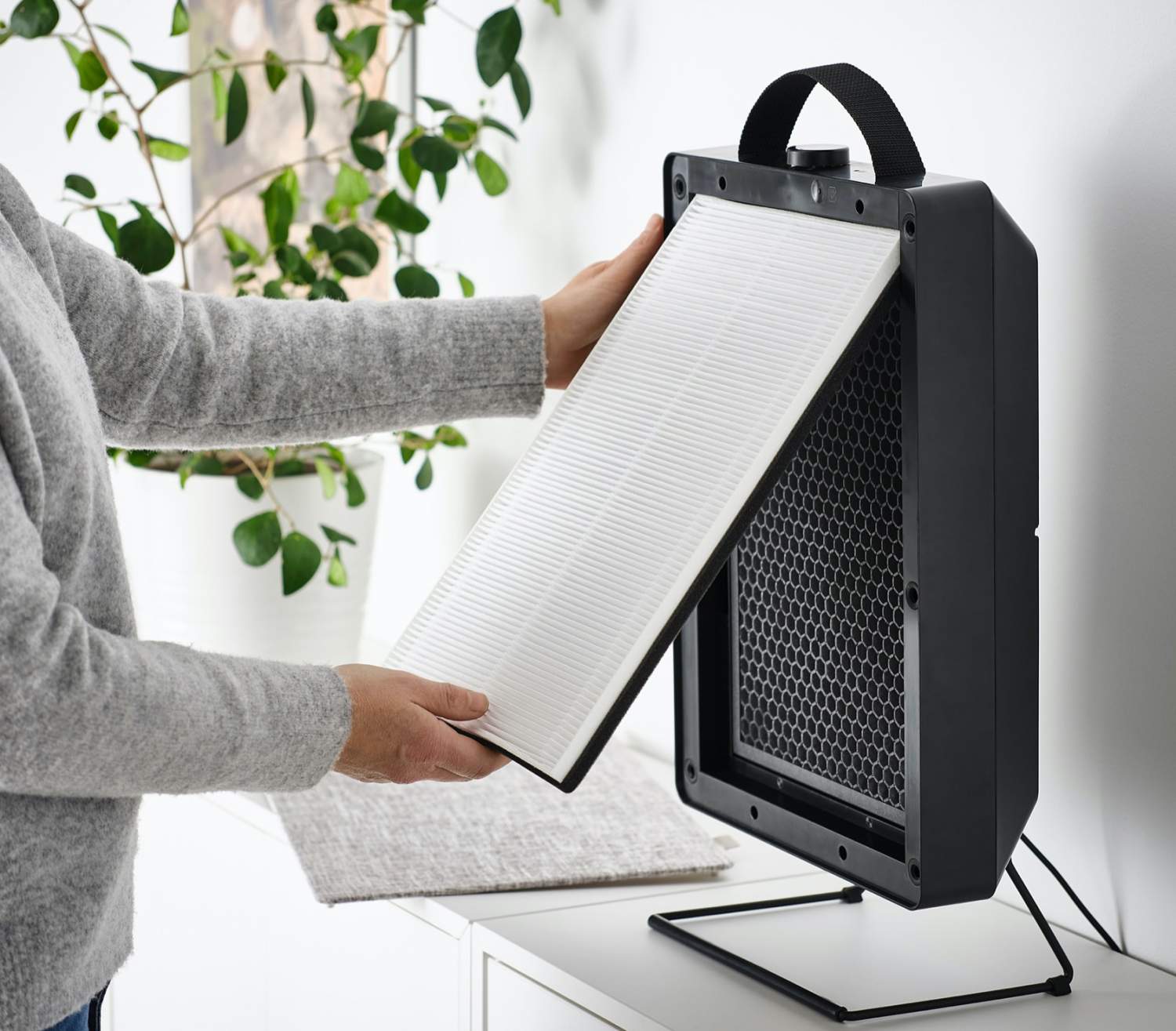 Optional is a gas filter, which IKEA says adds filtration for things like formaldehyde too. It should also help cut down on cooling smells and smoke, the retailer claims. It’s $9.99, and can be installed alongside the particulate filter, replacements for which are even cheaper, at $5.49.

An LED on top of the air purifier reminds you when you need to replace it, which IKEA suggests doing every six months. 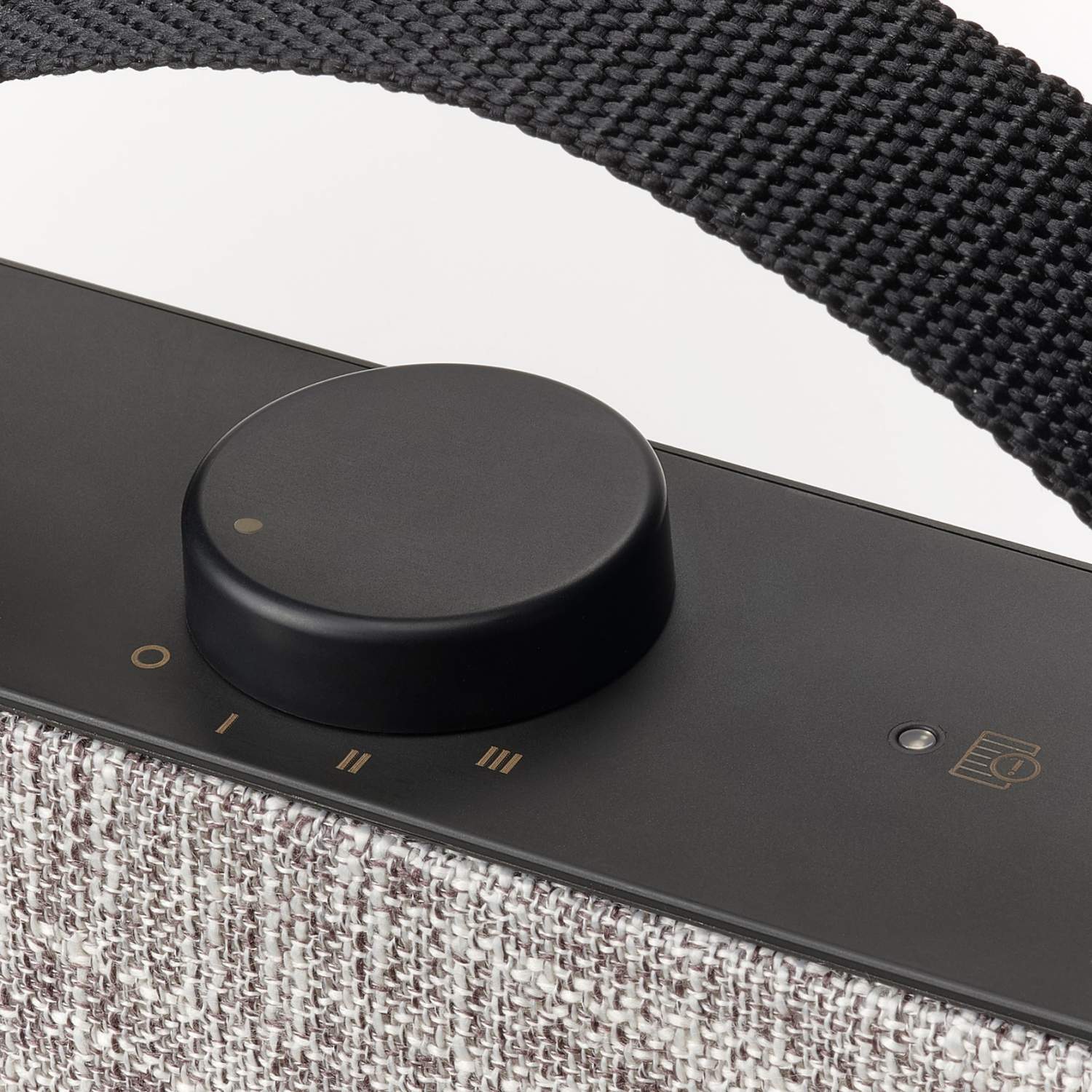 Air purifiers have become a growing business, as the increase in events like wildfires along with a greater focus on air quality and airborne viruses leave people more aware of what exactly they’re breathing in. While more advanced models – like the Coway Airmega AP-1512HHS we reviewed last year – add in convenience features like WiFi and automatic fan control based on particulate levels, they do tend to be considerably more expensive than what IKEA is offering here. The FÖRNUFTIG is available in IKEA stores now, in white and black finishes.