Most major device launches are followed by an iFixit teardown, and things are no different in the case of the Switch Lite. As iFixit puts a new batch of iPhone teardowns behind it, the company has torn down a Switch Lite to figure out just how repairable it is by DIY end-users and third party shops. Its findings are kind of all over the place, so depending on what needs replacing, you’ll either have a relatively easy time or a hard one.

The teardown begins by removing the back cover, which is held in place by tri-point screws. That’s equal parts convenient and frustrating – while screws are better than glue, tri-point screws aren’t the easiest to remove. In any case, once the back cover is off, iFixit discovers that the SD card reader is now soldered to the motherboard, which is disappointing because the standard Switch uses a modular one.

The battery, like many smartphones these days, is glued in place, so prepare for a bit of a struggle if you’re going to replace it yourself. The headphone jack has become fully modular in the jump from the standard Switch, which is always great to hear about common points of failure. 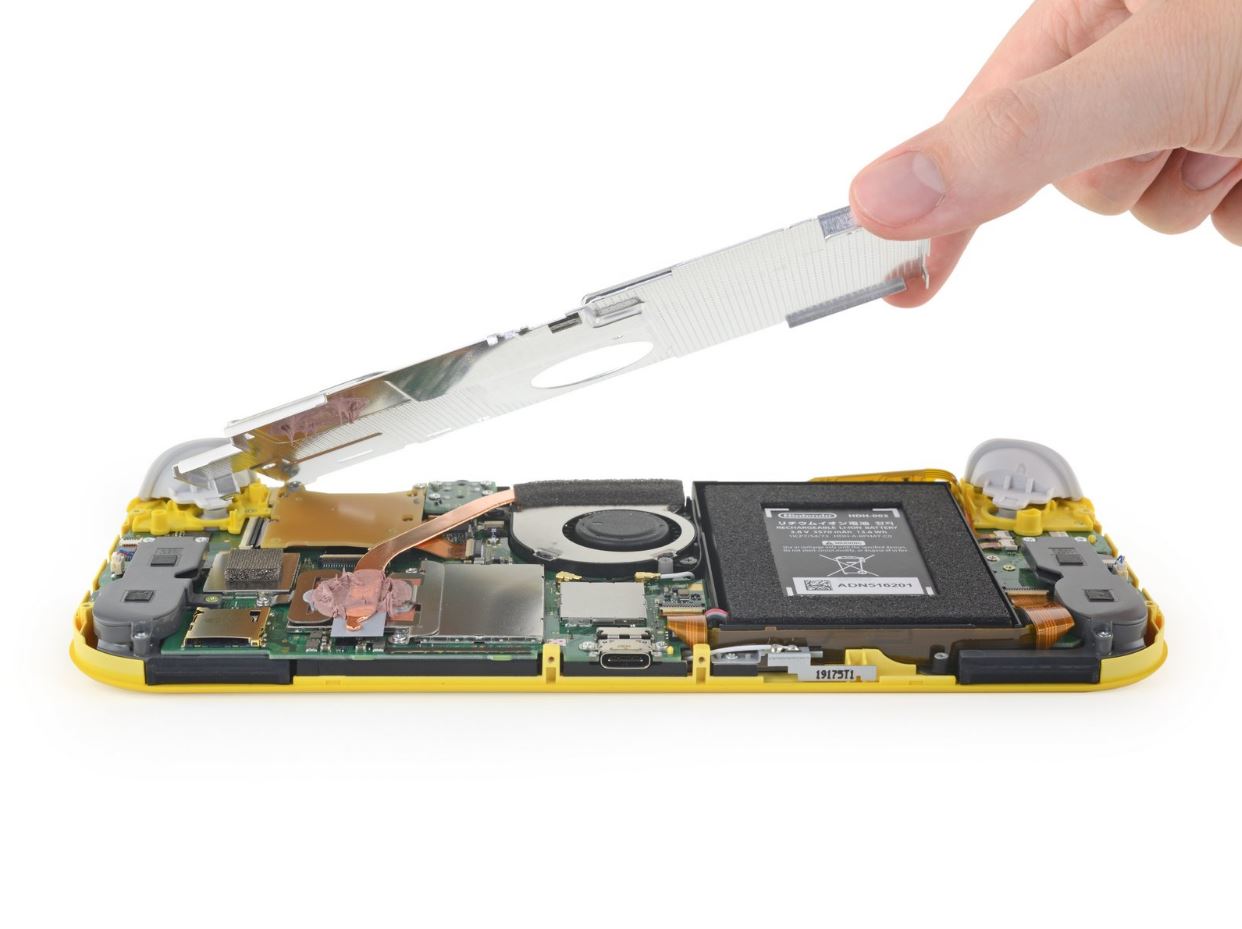 Here’s where the teardown becomes a bit discouraging, as an inspection of the Switch Lite’s built-in joysticks finds similar construction to that of the Joy-Cons for the standard Switch. More specifically, iFixit notes that the black contact pads underneath the joysticks – which are assumed to be cause of drifting problems – appear unchanged in the Switch Lite, so if that’s true, drift may eventually be an issue for Switch Lite owners as well. 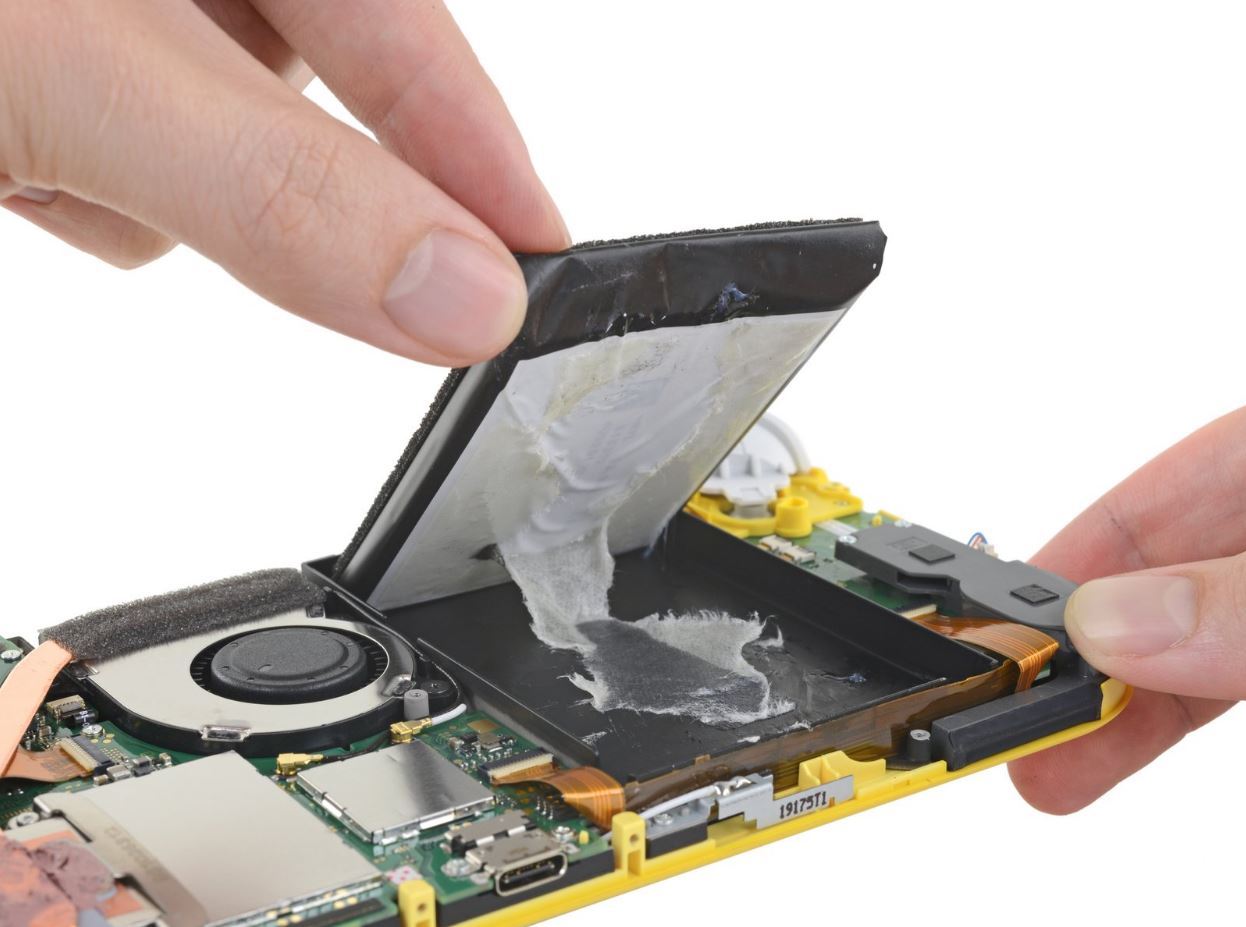 With the Switch Lite all taken apart, iFixit gives the Switch Lite a repairability score of 6 out of 10, a score which it shares with a certain brand new flagship phone. The Switch Lite earns points for the fact that screws are generally holding things in place instead of glue, and though the Switch Lite lost some modularity over its larger brother, there are plenty of components that are still modular and easily replaceable. Be sure to read through iFixit’s full teardown of the device, especially if you’re planning on picking up Nintendo’s latest console.