IFA 2020, the German tech show held in Berlin each September, will go ahead with a very different format during the COVID-19 pandemic, it’s been confirmed today. It will be the first major tech show to take place in 2020 since CES in January, after the coronavirus crisis forced events like Mobile World Congress off the calendar. However, as you might expect it won’t be business as usual.

Traditionally, IFA distinguishes itself by its openness to the public. While there are press days at the start, Messe Berlin, the company which runs IFA, throws open the doors to ticket-buying public attendees so they can roam its 20+ halls and see manufacturer booths.

For 2020, the public won’t be invited. Instead, shaped by limits imposed by the Berlin city council, IFA will be working with a cap of 1,000 media attending, per day. IFA will run from Thursday, September 3, through to Saturday, September 5, curtailing what would usually be roughly a week-long event.

There’ll be four parallel, but standalone events, with participants kept separated. There’ll be an IFA Global Press Conference (GPC), with double the number of keynote stages. First confirmed speaker is Cristiano Amon, President of Qualcomm. The presentations will be technically managed by Messe Berlin’s team, minimizing the number of manufacturer technical staff required. While there won’t be the traditional booths as in previous years, there’ll be a small exhibition area – for media attendance only – where interviews and hands-on opportunities can take place. 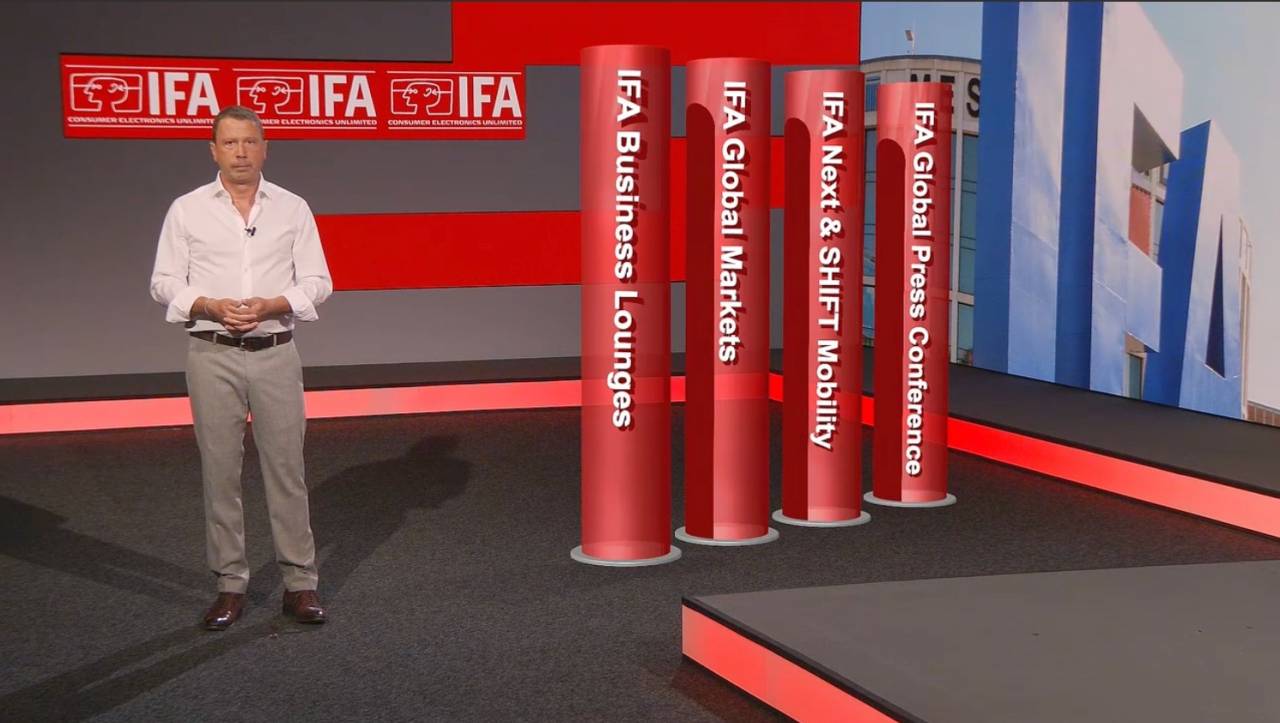 Only around 800 journalists from around the world will be invited, with IFA starting with the media that would normally attend its GPC event held in April. That in-person event was cancelled this year. There’ll be a new registration process opening soon, and IFA will control access to the event on a day by day basis.

Separately, the IFA Next and SHIFT Mobility will be combined into a single, live event, held over three days. They’re IFA’s mobility and innovation events. IFA Global Markets, a sourcing event bringing manufacturers and retailers together, will also be held as separately.

Finally, there’ll be IFA-organized business lounges. They’ll attempt to replicate some of the opportunities for businesses to meet that would traditionally take place in booths. All four events will likely require some degree of personal protective equipment (PPE) such as masks, but IFA intends to finalize those rules closer to the time.

All four events are expected to take place at the main exhibition site. One of the Messe Berlin halls there is currently converted for use as a COVID-19 hospital, but that’s expected to be decommissioned by September. If it’s still required, of course, IFA 2020 won’t be going ahead in this modified form. Instead, if there’s a coronavirus resurgence, the show will go virtual-only.

Separately, CE China – IFA’s counterpart in China – is also expected to go ahead in the second half of September, following similar protocols to the Berlin event. “Every company is going through this situation at their own pace,” Jens Heithecker, the Executive Director of IFA Berlin, says. “When you talk to people in China, they’re experiencing something different to the UK and the US.”

Projections for COVID-19 vary widely on a country by country basis, as the approach to managing the pandemic by different governments continues to diverge. For manufacturers in the tech industry, there’s been a rapid shift to virtual events for product launches at least. However, IFA’s Heithecker says, the reality is that the pipeline for retail sales traditionally relies on in-person meetings at events like this.

IFA says we’ll known more about exactly which exhibitors will be in attendance next month. Exactly how this will shape the IFA experience – and the products we expect to be announced there – remains to be seen.