If your iPhone does this, get it fixed ASAP

Today we’re having a peek at a little-known sign of an error in a number of iPhones purchased over the past several years. The error appears in the iPhone 7 and iPhone 7 Plus, and it shows itself as a “graying out” of apps. Once the graying begins, the phone cannot be shut down, or it becomes stuck in a boot loop the likes of which only an opening up of the phone can fix.

The report suggests that the iPhone 7 and iPhone 7 Plus become susceptible to old age and hardware malfunction of sorts here near the end of the first half of the year 2018. That’s two years after the iPhone 7 was first introduced. It’s also dangerously close to the end-of-warranty for some users, and just-out-of said warranty for others.

What are warning signs?

The first and most obvious warning sign of this situation is the graying-out of several buttons. Users will see a screen somewhat like what you see at the head of this article. Audio buttons will appear un-tappable. You might also find that Siri no longer responds to you like she used to.*

Once some audio features stop working, the iPhone is in a sticky situation. If turned off or powered down in any way, the iPhone has a good chance of waking back up in bootloops. So very many bootloops, and nothing can be done by the average user. According to an Apple statement in our earlier report, this bootlooping is real, but has happened only in a very small number of devices. Chances are this won’t happen to you, hopefully.

*NOTE: There’s also an off-chance that Siri simply no longer wishes to speak with you. If that’s the case, you’ll be contacted by Siri’s friend Brad, who will inform you that “you know what you did,” and that “you’re going to need to fix this with feelings” before Siri will even consider speaking with you again.

The problem seems to be a breaking of the connections between the iPhone 7’s audio chip and the components it feeds into. Four connectors connect this chip to its surrounding components – these end up being in need of repair. There is no current singular reason why this break seems to happen. It might be bending of the device in this general area, it might be multiple iPhone drops, it might be magic.

The iPhone 7 has the same audio chip as its predecessor, and the iPhone 6/6S doesn’t have the same deterioration problem. As such, the problem seems to be in the audio chip’s connection during manufacturing, specifically in the iPhone 7. Maybe in materials. Either way, not something anyone could necessarily have foreseen very easily.

Below you’ll see an image from TechInsights from the same post (iPhone 7 teardown) linked earlier in this article. This picture shows the four (or so) connections to the left of the chip that apparently crack. One or more of them, when broken, need repair. 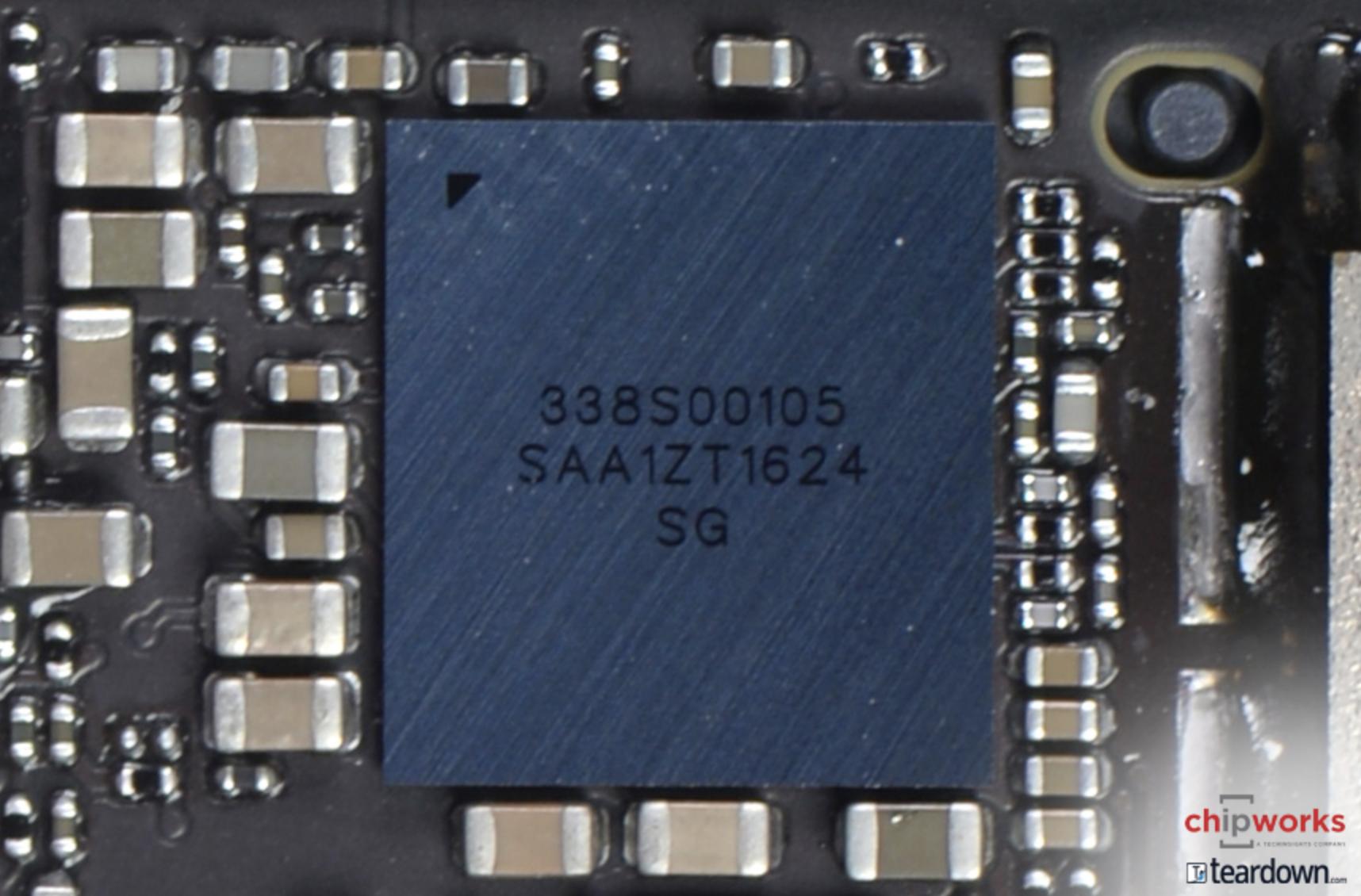 If you really -super duper- want to see the connection fix as done by a repair person, up close and personal, have a peek at the video below. This was done in February of 2018.

Go get it fixed! You shouldn’t need to actually physically open your iPhone to witness this oddity in action. If you’re bootin’ loops, you probably already know there’s an issue. If you noticed the warning signs as mentioned above, before the bootloops, you’re probably in this boat with the other iPhone 7 owners that’ve just gotten theirs fixed.

According to Motherboard, you should be able to get this thing fixed for between $100 and $150 worth-o-labor, if you’re outside of warranty from Apple. That’s total – and don’t you dare overpay! If you’re still covered by Apple, go have them take a peek! This is NOT something the average user can fix on their own. Take your device to a professional so they can sort it out.