Each Steam Machine coming to the market later this year will be unique – that’s the message we’re getting from groups like iBuyPower and Falcon Northwest here in the first month of the year. Speaking with the creators of the SteamOS devices that’ll be arriving inside the second half of the year, it would seem as though they’ve got some time to fill – it’s Valve, after all, that’ll be deciding when the devices are actually allowed to be released as it’s Valve that has to release the final software build and the Steam Controllers that go with the machines for final market readiness. Today we’re looking at what iBuyPower is doing, specifically, to make their Steam Machine an ideal release.

Earlier this month we had a chat with iBuyPower Marketing Manager Ricky Lee on what they’d be doing to reach release time with Valve. As it turned out, they’d be waiting on Valve before they could hit the road. If Valve had released SteamOS at the start of January, the company would have their Steam Machine out by February.

The machine is set. We had a peek at the first Steam Machine from iBuyPower up close and personal – it’s simple, made of a couple of reinforced plastic bits, one on top and one on the bottom, cut in half by a single semitransparent piece of plastic that allows a litany of lights to shine through. 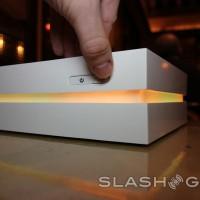 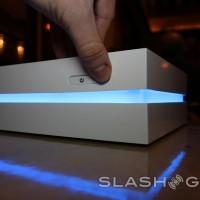 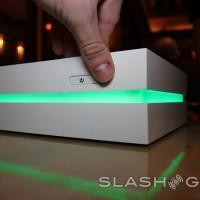 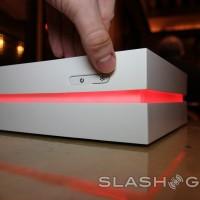 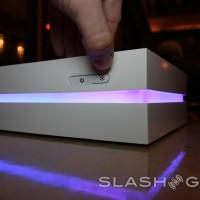 The demo unit you see here has a button that switches these lights up – the final release will likely have this button hidden or axed altogether.

The size is not unlike that of the Xbox One. It’s very, very similar in weight as well – though we’ll not have final specifications until a final unit is produced. It’s large enough to feel substantial, but small enough to fit inside a backpack. 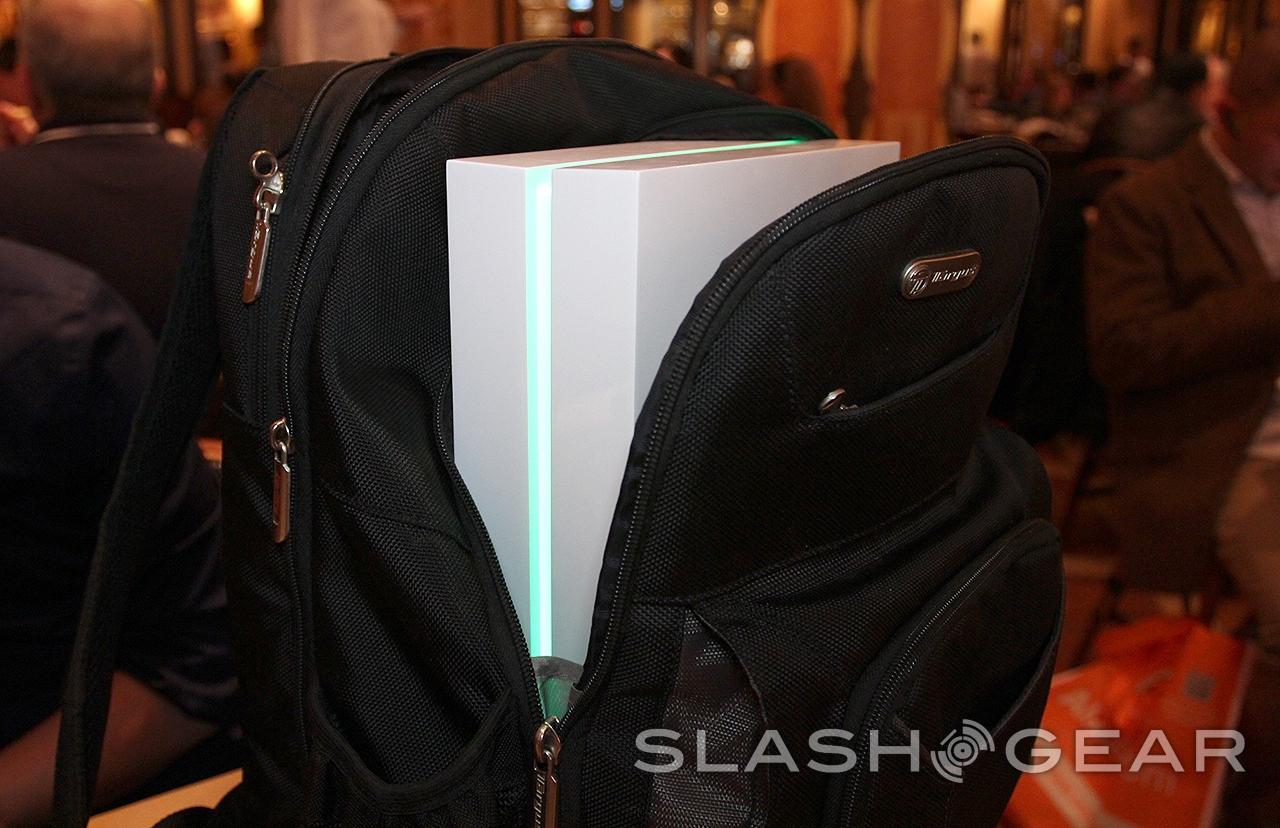 The package, here, seems to rest inside a sort of two-sided environment. On one side you’ve got what Lee calls “an add-on to your TV.” Lee even went so far as to suggest that iBuyPower’s “design vision for this box was no to make a PC, but to make a console – to make an add-on to the TV.”

“Americans consume content in the living room”, said Lee, “they sit and watch TV and sports in the living room with a controller.” Therein lies the pricing strategy as well. As it’s uncommon to pay more than a few hundred dollars for a television these days, it’s not realistic – suggests Lee – to assume they’ll pay thousands of dollars for a PC to go along with it.

The pricing strategy with this iBuyPower Steam Machine “is to offer very, very simple options,” said Lee, “you need a console? You need a Steam Machine? This is the one you want. You turn this on and hit go, it’s all you need.” 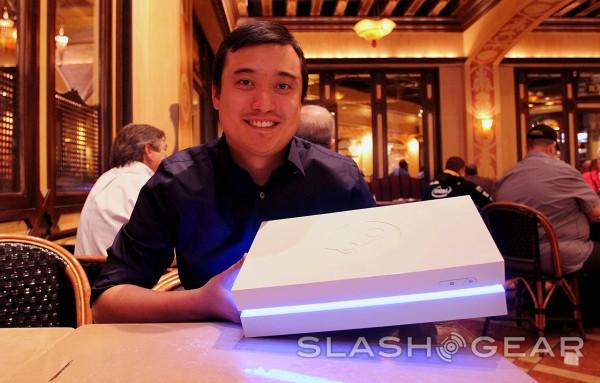 That’s not to say that this iBuyPower machine isn’t upgradable. According to Lee, “the motherboard is the only thing locked in.” Lee continued, “it’s the ideal package solution – advantages to this over a console include a long-term upgrade path. That means upgradable hard drive, video card, CPU, everything.”

Sound like a build you’d like to take part in? We’ll be continuing to speak with the creators of these Steam Machines over the next few weeks and months to get a better idea of what it is they’re trying to work with and do with SteamOS. Meanwhile we’ll leave it to you to decide which group is best situated to offer the most unique – or even the best – Steam Machine build and release.