I tried Impossible Foods’ new chicken nuggets – and was surprised

Impossible Foods is getting into chicken nuggets, and that’s a big deal – even if, like me, you’re an avowed carnivore. Following the company’s burgers and sausage comes its first foray into the henhouse, and with more ambitious goals than simply giving vegetarians a nugget-shaped alternative.

As with other Impossible Foods products, the pitch isn’t solely one of being animal-free. There’s also a health argument: in the case of these new nuggets, for instance, they apparently have no cholesterol, half the saturated fat of traditional meat nuggets, and 13 grams of protein per serving. The company also has big availability plans, both in restaurants and in grocery stores like Walmart, Kroger, Safeway, and ShopRite later this month. By the end of the year, they should be on offer in more than 10,000 locations. 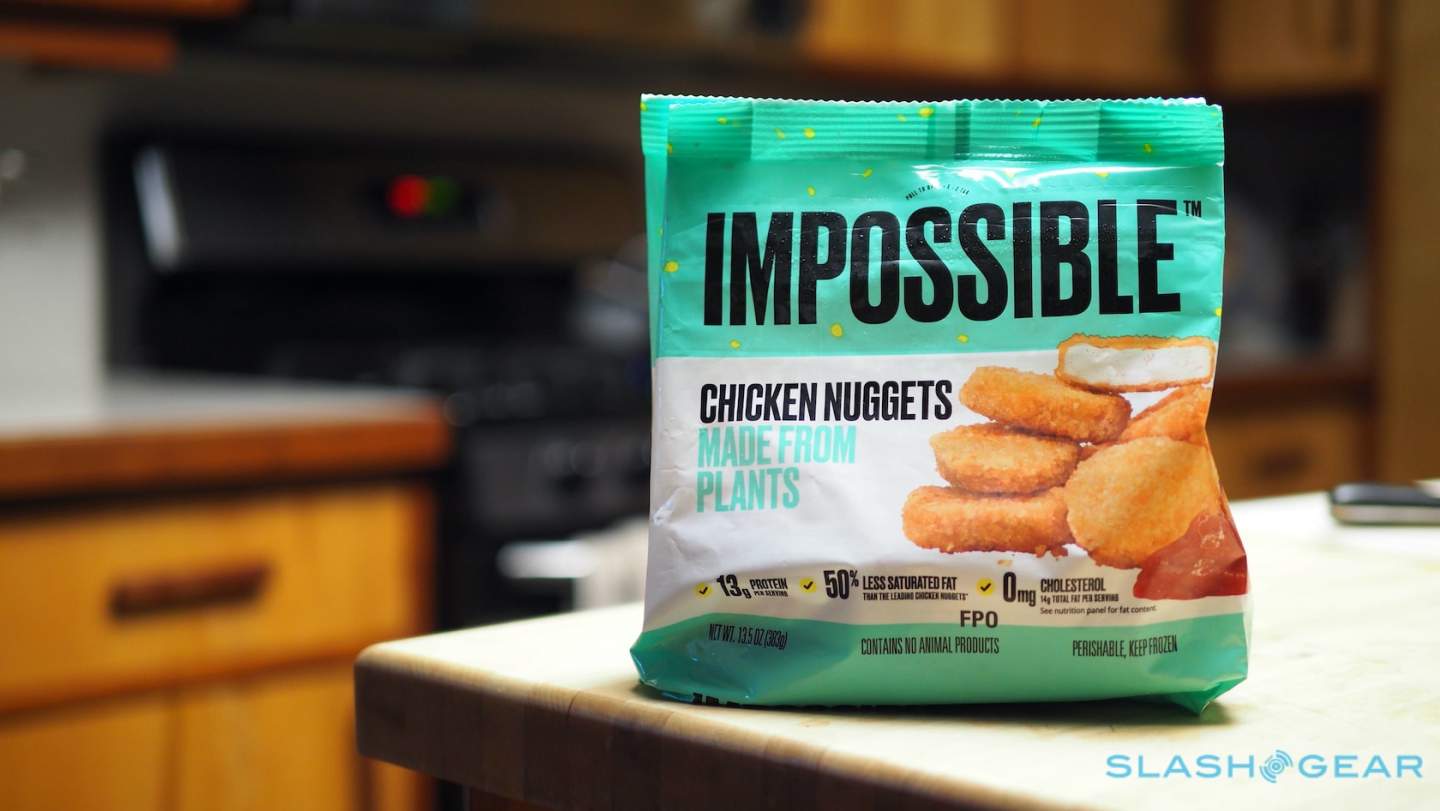 That’s all well and good, but if they taste like old kitchen sponges then it’s fairly pointless.

Like with most freezer nuggets, you cook Impossible Foods’ straight from frozen. I dumped them on a baking sheet and put them into a preheated 375F oven; the instructions say they’ll take 11 minutes. Then you leave them for two minutes to cool a little. 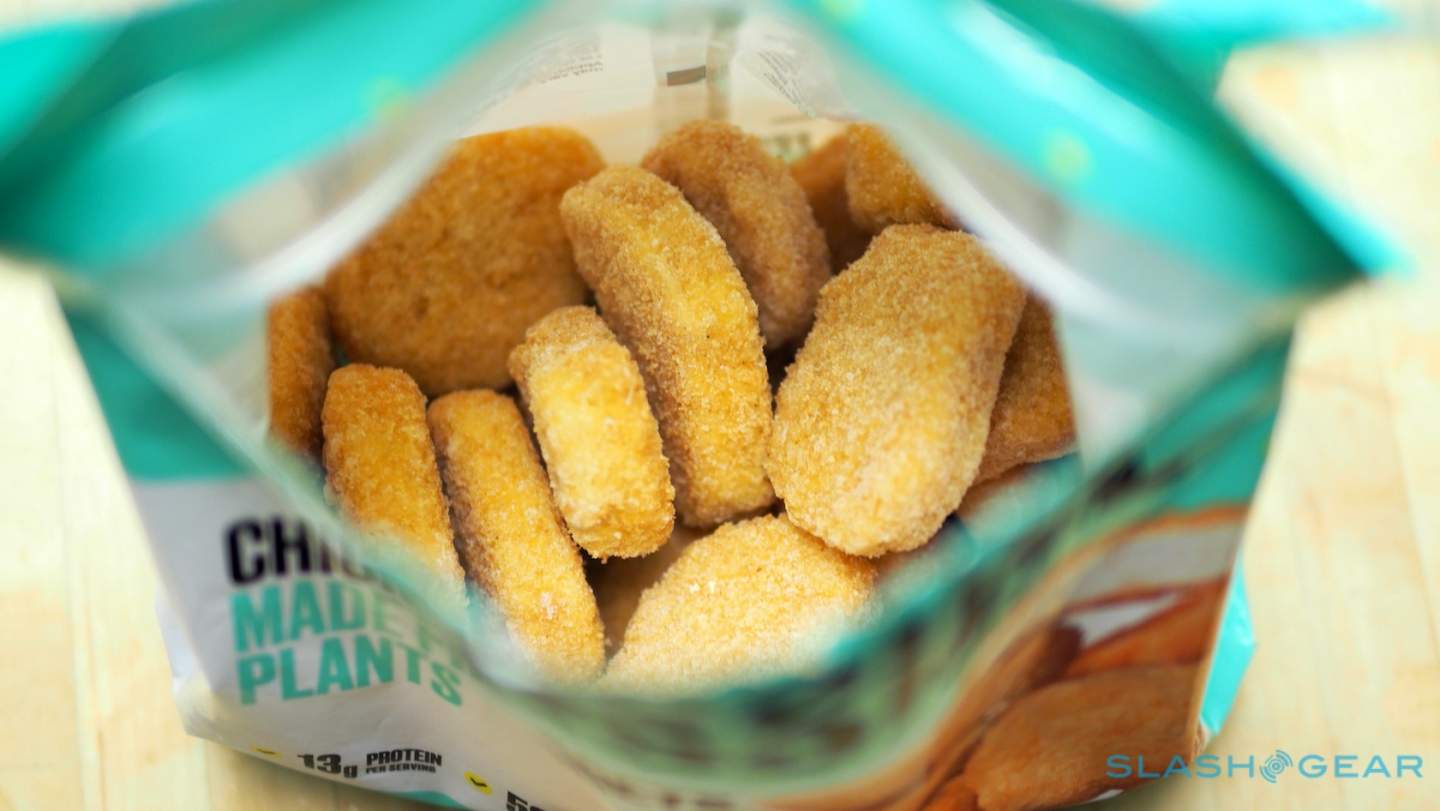 I’ll admit, chicken nuggets aren’t much on my home meal menu these days. The smell of the little breaded pieces, though, brought childhood right back: that savory, slightly spicy scent which is so distinctive.

The breadcrumb crust was pleasingly crisp and nicely textured. Just the right amount of bite and then you’re into the faux-chicken. 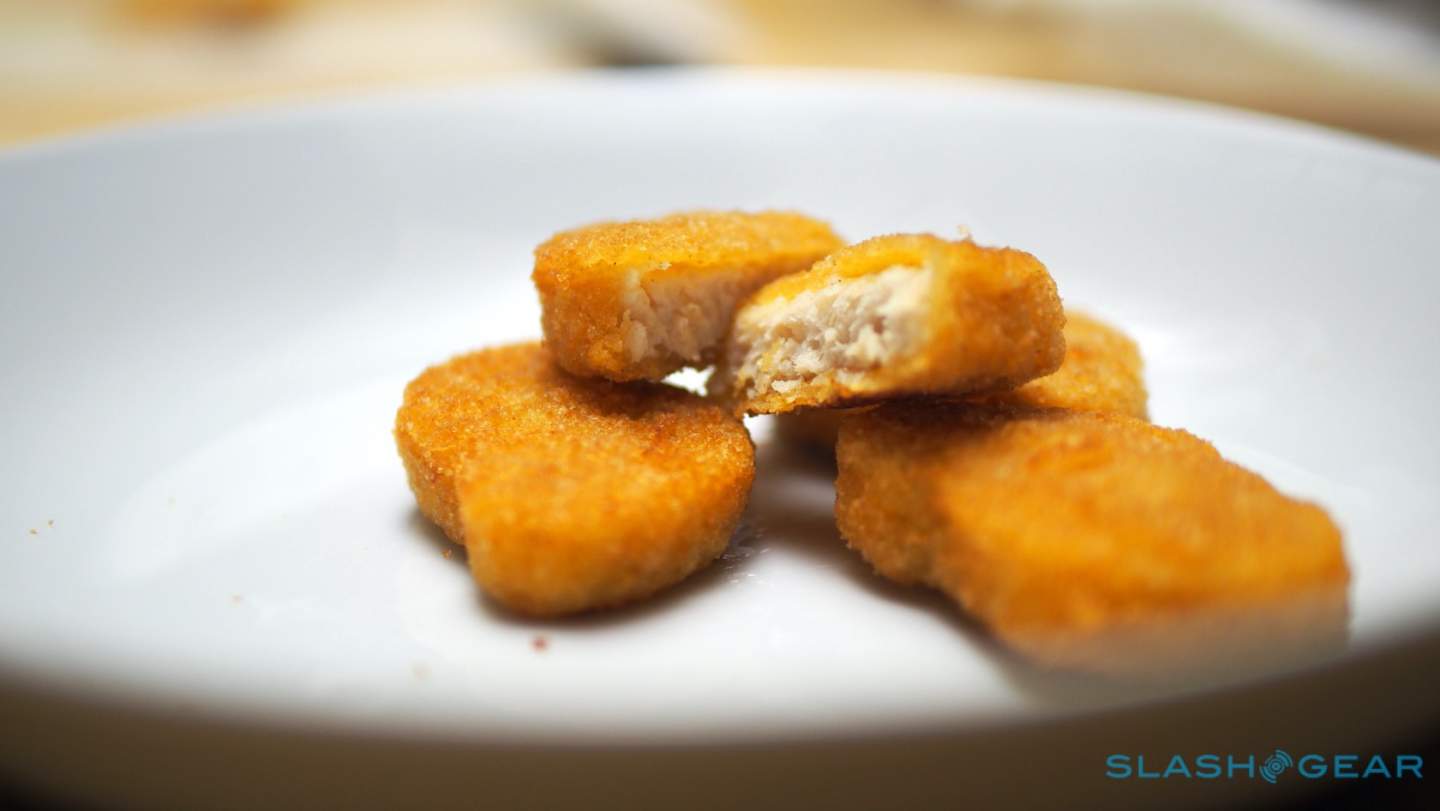 Look, I’m not going to lie to you: had Impossible Foods told me they’d screwed up, and inadvertently sent me a bag of regular nuggets, I’d have believed them. There’s a chicken flavor there, yes, but also the spices you expect, and the juiciness. The texture is springy and firm.

It felt, and tasted, and smelled like the Alpha Nugget. The surely-it’s-chicken template of what a golden breaded, oven baked meat chunk should be; almost to caricature levels. My partner – who spent many teen years as a vegetarian before returning to an omnivore’s diet – declared them perfectly reminiscent of both the fake chicken nuggies and the real ones recalled from youth.

I ate the rest while they were still hot, and regret just about nothing. 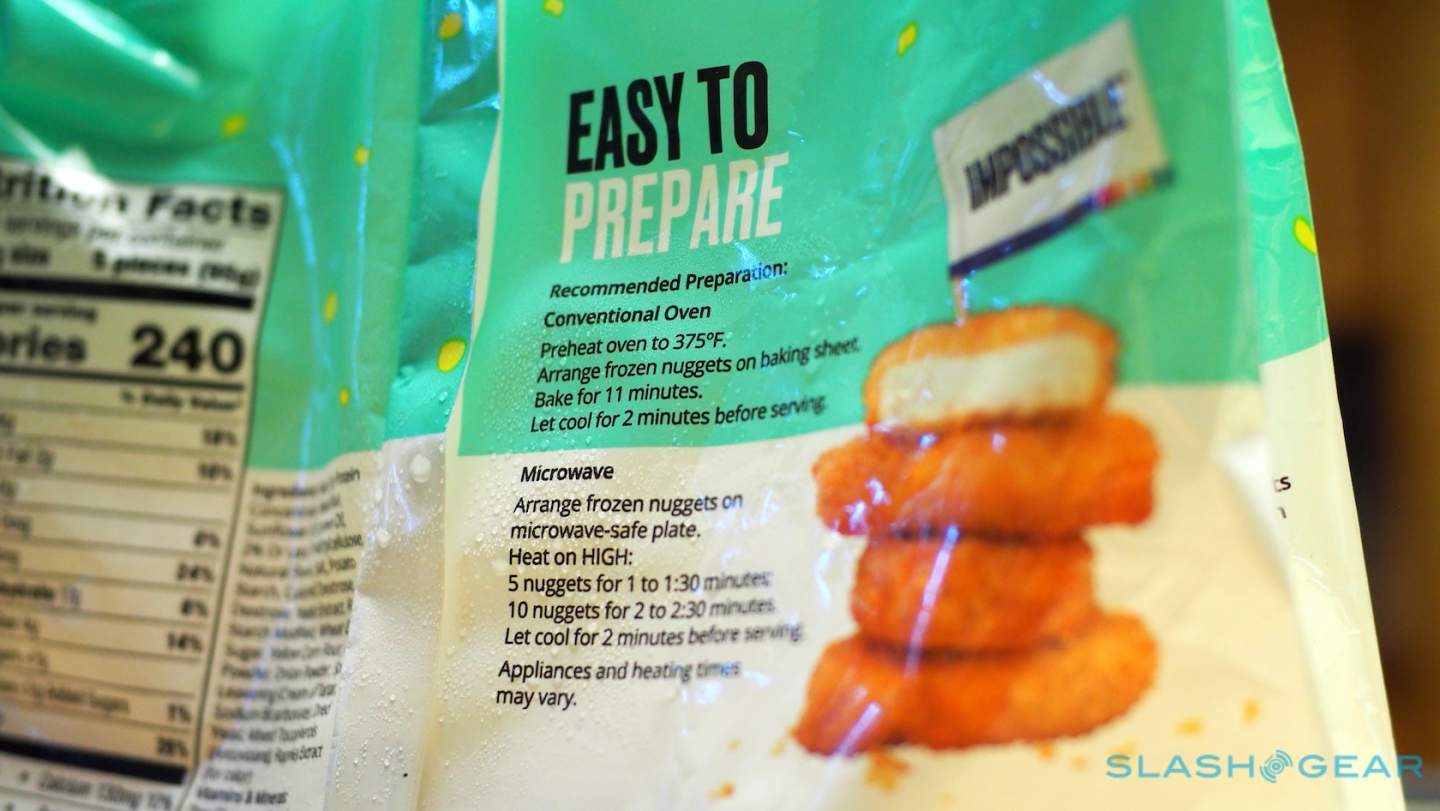 Impossible Foods also gives microwave instructions, so I tried that too. It was quicker, but the end result wasn’t anywhere near as successful: drier, and with a far less appealing texture. Then again, microwaving regular chicken nuggets doesn’t exactly show them off at their best, either.

I’m far from being a vegan, or a vegetarian; I do eat meat. I try, though, to do that in as ethical and sustainable way as I can: supporting local farmers who use organic feed and practice good animal stewardship. I also feel strongly about eating all the animal, which includes the odder parts along with the easy stuff like steaks and chicken breasts. 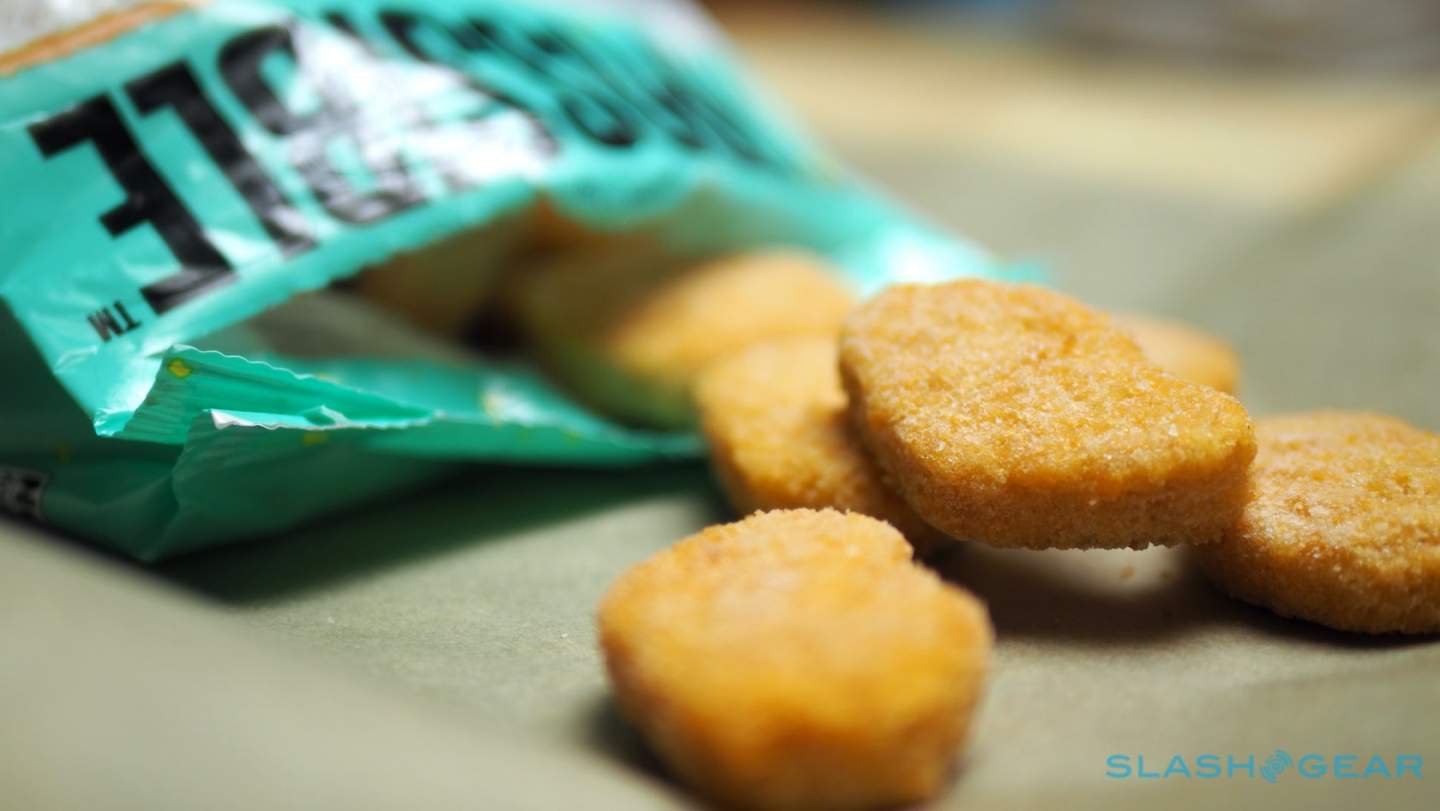 Basically, I think it’s about eating a smaller overall amount of something that’s higher quality. On that front, could I make my own nuggets from heritage chicken and homemade breadcrumbs? Sure, probably, but it would be considerably more expensive than a bag of Impossible Foods’ nuggets, not to mention a lot more time consuming.

Compared to the average, freezer cabinet oven-cook nuggets? It doesn’t surprise me one bit that, in Impossible Foods’ own blind testing, more people apparently preferred the fakes than the real meat. I think I’d prefer to eat them too, given the well-documented issues around the factory chicken industry as a whole. 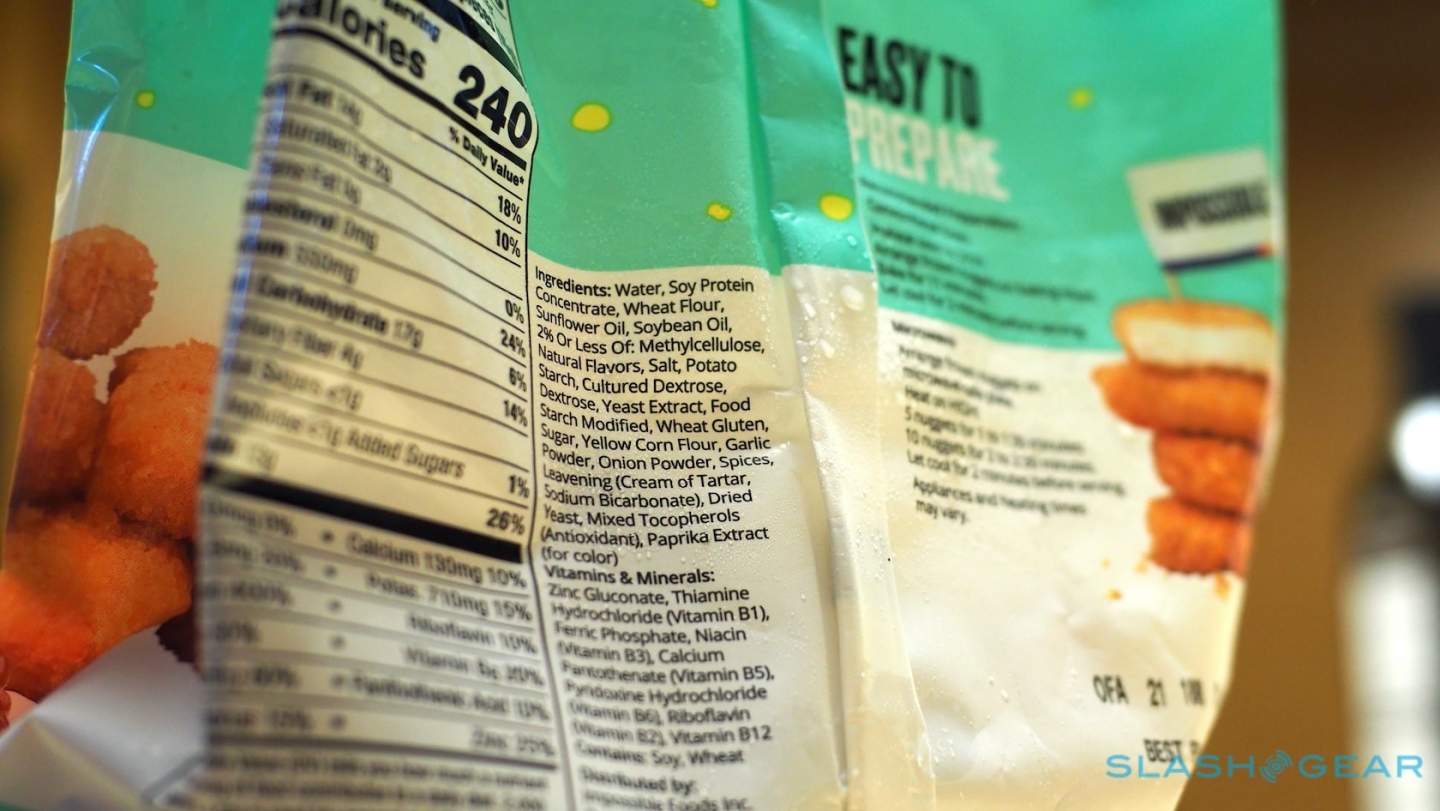 I wouldn’t make a habit of it, though. Impossible Foods likes to play up its plant-based recipes, and that the nuggets are healthier than animal-based ones, but it’s still a matter of perspective. A five piece serving is 240 calories, contains 10-percent of your recommended saturated fat for the day, and includes a hefty 24-percent of the sodium. I try to avoid too much soy, wheat, sunflower oil, and soybean oil in my diet generally, too, all among the main ingredients used here. 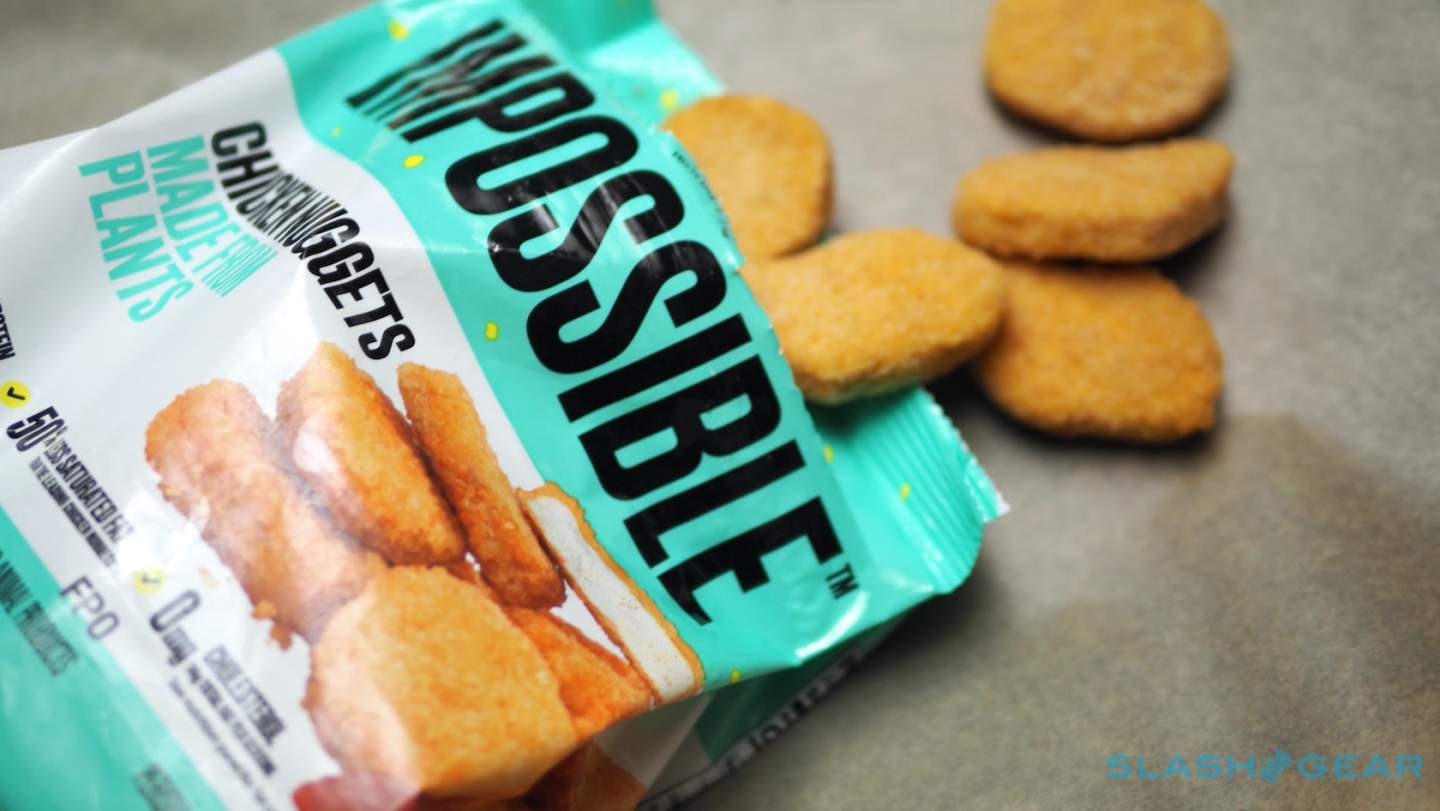 Like regular nuggets, then, these are meant to be a treat not the norm. Actually making pretend chicken nuggets that tasted like chicken, but which were healthy enough for daily snacking, well… those really would be Impossible Foods. If your dietary preferences leave you out of traditional nuggies, however, or you just want that unmistakable smell, taste, and texture with less fat and no cholesterol, at $7.99 for around 20 nuggets these promise a little less guilt without sacrificing deliciousness.