I can finally recommend Windows Phone

It’s taken a while – two major generations and a couple of updates – but Windows Phone finally feels ready to take on Android and iOS with confidence. I’ve always had a soft-spot for the platform, and appreciated its minimalistic UI charms and quiet simplicity, even as I’ve been frustrated by its incomplete feature list and patchy third-party app support. Now, with Windows Phone 8.1, I feel like that quiet enthusiasm can spill over into actively recommending it Microsoft’s OS as a legitimate option.

Certainly, there have been good Windows Phones before now. The first generation of Lumia devices were neatly styled and functional, and Nokia has been pushing the envelope in terms of camera performance with its PureView technology. Windows Phone 8’s last updates brought larger screen size and resolution support, too, broadening the OS’ appeal in a world where Android handsets are huge and even Apple is expected to scale things up for the iPhone 6.

There have always been caveats to each recommendation, however. The obvious one is patchy application support, with third-party developers cautious in their adoption of Windows Phone. Out of the box functionality is all well and good, but users expect a rich, broader ecosystem in which to play. 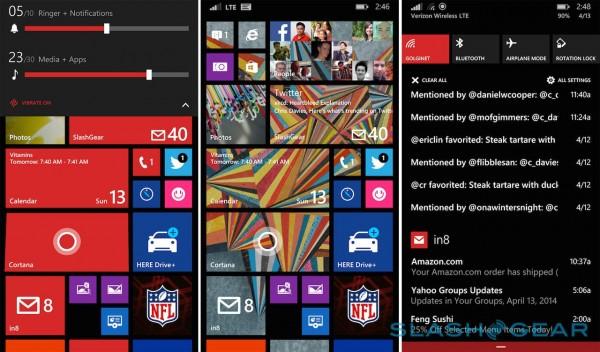 Now, Microsoft says, it has the equals or equivalents of most of the top software on other platforms, courting key names like Instagram and, soon to launch, Flipboard. Sure, there are still gaps and omissions – especially if you’re unaware of the alternatives for things like Google’s near-ubiquitous app suite of mapping, messaging, email, and more – but despite public opinion, the Windows Phone Store has become a lot more welcoming over the past six months.

Yes, I’d still recommend looking before you leap if you’re coming from a rival OS and have a few must-have apps, but it’s not the barren wasteland it once was.

It’s the changes on-device that make the biggest difference, however, though you might not realize it initially. After using Windows Phone 8.1 for a while, I switched back to a different Lumia Icon still running Windows Phone 8. Suddenly the absence of Action Center – Microsoft’s pull-down notification menu – and the omission of swipe-typing on the on-screen keyboard seemed particularly noticeable; without Start screen wallpaper peeking through, the Live Tiles looked plain and pedestrian.

Microsoft’s primary goal with Windows Phone 8.1, the company told me, was to get Action Center and Cortana – its answer to Siri and Google Now – out. Every other change was simply whatever the development team could get done as the deadline for those key targets rushed closer.

It’s hard not to be impressed by what they achieved, a list of tweaks and enhancements that, while for the most part minor when looked at in isolation, nonetheless add up collectively. The new calendar views and animations, that manage to stick to Windows Phone’s track record of minimal chrome and ornamentation while still showing plenty of detail. WiFi Sense, with its incredibly useful auto-login that signs you into public hotspots, even if they require registration first.

Action Center and Cortana stand out, but everything else simply raises the bar for Windows Phone users. You don’t really notice the rest, not consciously, but your device simply works better: more intuitively.

That’s a feeling that was conspicuously absent from previous iterations; I noticed how big a change that was when talking about Windows Phone 8.1 to others. Fewer sentences ending in “of course, you don’t get…” or “unfortunately it doesn’t do…” 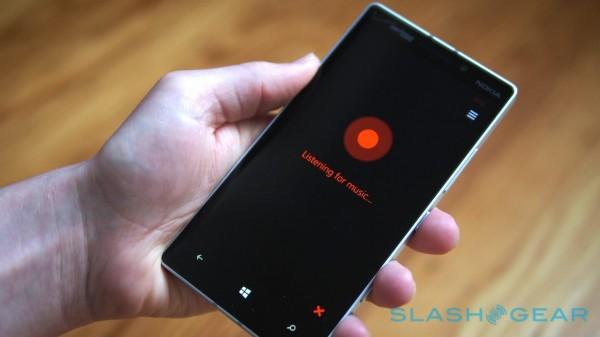 With Cortana, Microsoft gives its smartphones the personality they were missing. There was always a start contrast between the emotion present in the playful, colorful designs from the Nokia, and the near-austere OS those handsets ran. While Windows Phone’s ascetic aesthetic was welcome in some ways, amid the skeumorphic fussiness of pre-iOS 7 iPhone and the jumble of Android reskins, it was rarely described as warm or welcoming.

Cortana still has to demonstrate the worth of its functionality – Microsoft tells me it expects the virtual assistant to improve dramatically over the next few months, as it learns first from developers and then general consumers – but it’s a human touch that Windows Phone sorely needed. Cheery welcoming messages like “Yay, it’s Chris!” and “What’s next?” may be gimmicky, but it’s memorable in a way that previous Windows Phone features have struggled to be.

Microsoft gets that, this time around. It even has a whole team focusing on “chit-chat” – Cortana singing and telling jokes – to make sure its assistant doesn’t seem tamer or less personable than Siri. The developer preview is only partially responsible for my renewed enthusiasm, however.

For a long time, Microsoft has seemed like a staggering bear in the industry, struggling to smoothly move from its legacy of local software like Windows and Office, to the new world of cloud services and interconnected devices. Recommending Windows Phone always carried the pessimistic concern that the platform might simply fold up altogether: Android and iOS each have their flaws, but they at least look like they’re sticking around for the foreseeable future.

Build 2014 changed a lot of peoples’ minds about Microsoft’s attitude and how it saw itself in the market. Gone was much of the arrogance and myopia critics had maligned before, replaced by an enthusiasm around technology that clearly engaged the developers present, and a willingness to engage, even if people weren’t ready to jump into its ecosystem with both feet. 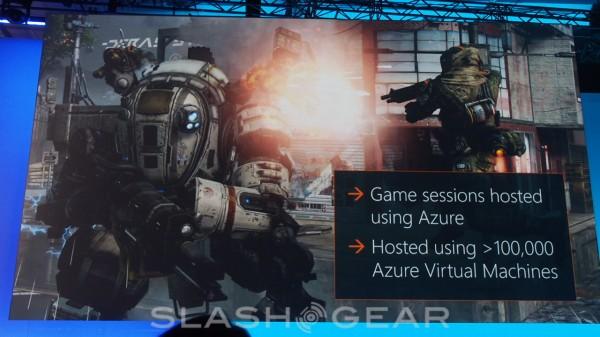 Positioning Azure as ideal for powering apps – even if those apps don’t have Windows or Windows Phone versions – is a good example, as are Microsoft’s updated tools to make cross-platform development easier. Plenty of developers I spoke to had come to Build on day one cautious about getting involved with Microsoft, but left with a more open mind.

Likely to make the biggest difference is how Microsoft handles apps moving forward, however. By building on a single app platform, rather than requiring two different architectures for desktop and mobile, developers will be able to hit two birds with one stone. That’ll get even more valuable when Xbox One is added later, enabling three different apps from a single underlying codebase.

It won’t be quite as simple as running the same executable on each of the three – a full-sized Windows app for your laptop would quickly chew through the storage space on your phone, and would probably trample your data download allowance in short order, too – and developers will still have to produce different final apps for individual platforms. Nonetheless, it should dramatically reduce the effort and time in coding for Microsoft’s various OSes, an essential cut in frustration at a time when developer engagement is so important.

It’s too early to say how effective the new development tools will be, and how many coders will decide to support the “third” smartphone ecosystem. Bringing Nokia’s phone business in-house should certainly help there, potentially giving Microsoft a little taste of the hardware/software closeness that Apple has enjoyed with iPhone and iOS, only with the flexibility of also working with other device partners. If they can continue to engage with app makers with the same sort of transparency as at Build, that should help instill confidence that Windows Phone is a platform worth considering.

With Windows Phone 8.1, that’s an attitude consumers should take too. It’ll be a short while before the first devices running the new version out of the box hit stores, but it’s an ambitious update that belies its “point-one” name, and it leaves Windows Phone in the strongest position its been in so far.