It may sound a bit ironic but soon Google Home will also be able to control things outside your home in the near future. Granted, your parked Hyundai car will most likely still be on your property anyway. Always at the front lines of integrating Google’s new technologies, Hyundai will be demonstrating at CES 2017 how it plans to link their cars to your living room via Google Assistant in Google Home. In a nutshell, this means that you (or anyone else), will soon be able to remotely lock or start the car on (voice) command.

If you’ve been following Hyundai’s adventures into advanced mobile tech, this shouldn’t probably be surprising. Indeed, the engine powering this bridge between Hyundai and Google Home is none other than Blue Link, the same communication platform behind Apple Watch and Android Wear control shown off last year. In fact, the voice commands you will give aren’t addressed to the car directly. Instead, you will be talking to Blue Link, acting as mediator.

The conversation will actually go something like this. And yes, it’s a conversation because, if you haven’t been keeping up lately, Google Assistant can actually recognize follow-up questions/commands.

“Ok Google, Find me a great steakhouse in Las Vegas.”

“Ok Google, tell Blue Link to send the address to my Santa Fe.”

Hyundai’s Blue Link Action on Google Home will be capable of other controls, including:

And more will come before the feature formally launches. When that will happen and on what models it will support is still pretty much under wraps.

The feature, however, will undoubtedly bring up concerns about security and safety. Any weak link in the chain will inevitably compromise security. Blue Link has been out for a while so it has a better track record. Google Home, on the other hand, has been noted to be a bit less concerned on who is giving it orders, at least for now. Proper voice authentication and recognition is still coming, so you probably won’t be barking orders to Hyundai Blue Link any time soon. 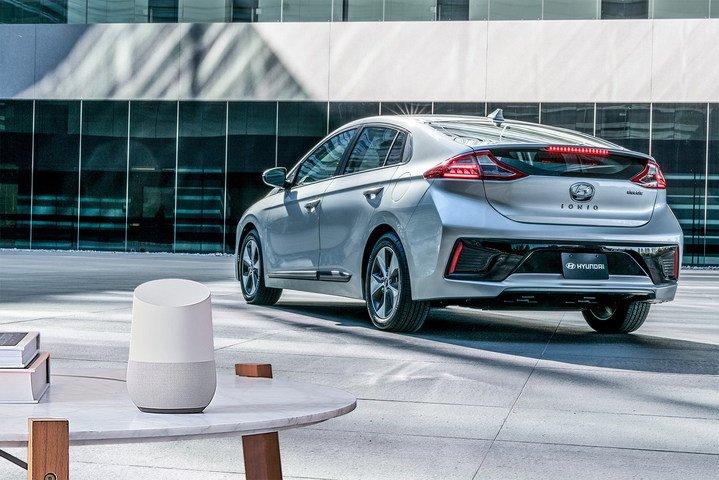