Hyundai has unveiled a very cool robot exoskeleton that reminds more than a little of the suits worn in the Tom Cruise flick “Edge of Tomorrow”. Hyundai says that its wearable robot prototype is sort of like an Iron Man suit and allows the wearer to lift hundreds of kilograms. The automaker sees the exoskeleton as being useful in factories, the military, and in physical rehabilitation in the future.

The new exoskeleton is apparently a development of the Hyundai H-LEX platform that it unveiled last year. That H-LEX platform was a less robust and lighter platform than what we see here and was designed to help the elderly and physically disabled get around. Much of the fine description of the exoskeleton is offered by Hyundai in the form of text on images that Google is unable to translate. 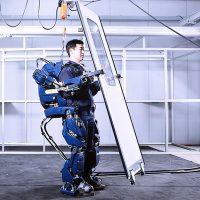 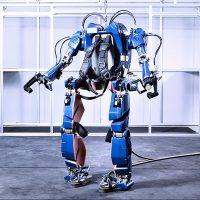 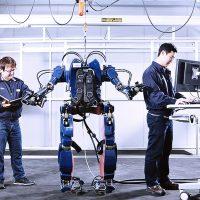 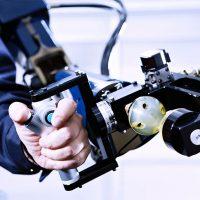 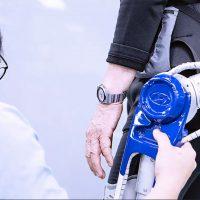 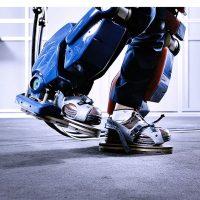 That leaves us guessing a bit at how exactly the exoskeleton operates. We see buttons on a control handle the wearer holds that appear to control the grippers on the exoskeleton hands. The wearer is strapped into the exoskeleton using a hardness system at the chest and clamps that hold their feet into the leg platforms.

This sort of exoskeleton is something that is being worked on by multiple companies for a variety of uses. Many of them focus on military uses to allow soldiers to carry more equipment in the field with less effort. Exoskeletons might also one day allow the paralyzed to walk again.