Hyundai and Kia plan to integrate solar roofs and hoods into their cars, taking advantage of free sunshine energy to maximize efficiency in more than just EVs. The scheme will see Hyundai Motor Group develop three types of its own solar roof systems, including a semi-transparent panel which won’t force drivers to sacrifice a sunroof.

First, though, will come a solar roof system. The automakers have earmarked that for hybrid cars, and use mass-produced silicon solar panels installed on the regular roof of the vehicle. Given a healthy supply of sunlight, Hyundai says, this solar roof could deliver 30- to 60-percent of the charge of a hybrid’s battery in a day.

More exciting, though, is what’s down the line. The second-generation solar roof will use semi-transparent panels, and Hyundai envisages it as being used on internal combustion cars. Combined with a panoramic sunroof, it’ll mean the car can recoup some power from solar energy without giving up on the brightness inside the cabin that people expect from a sunroof. 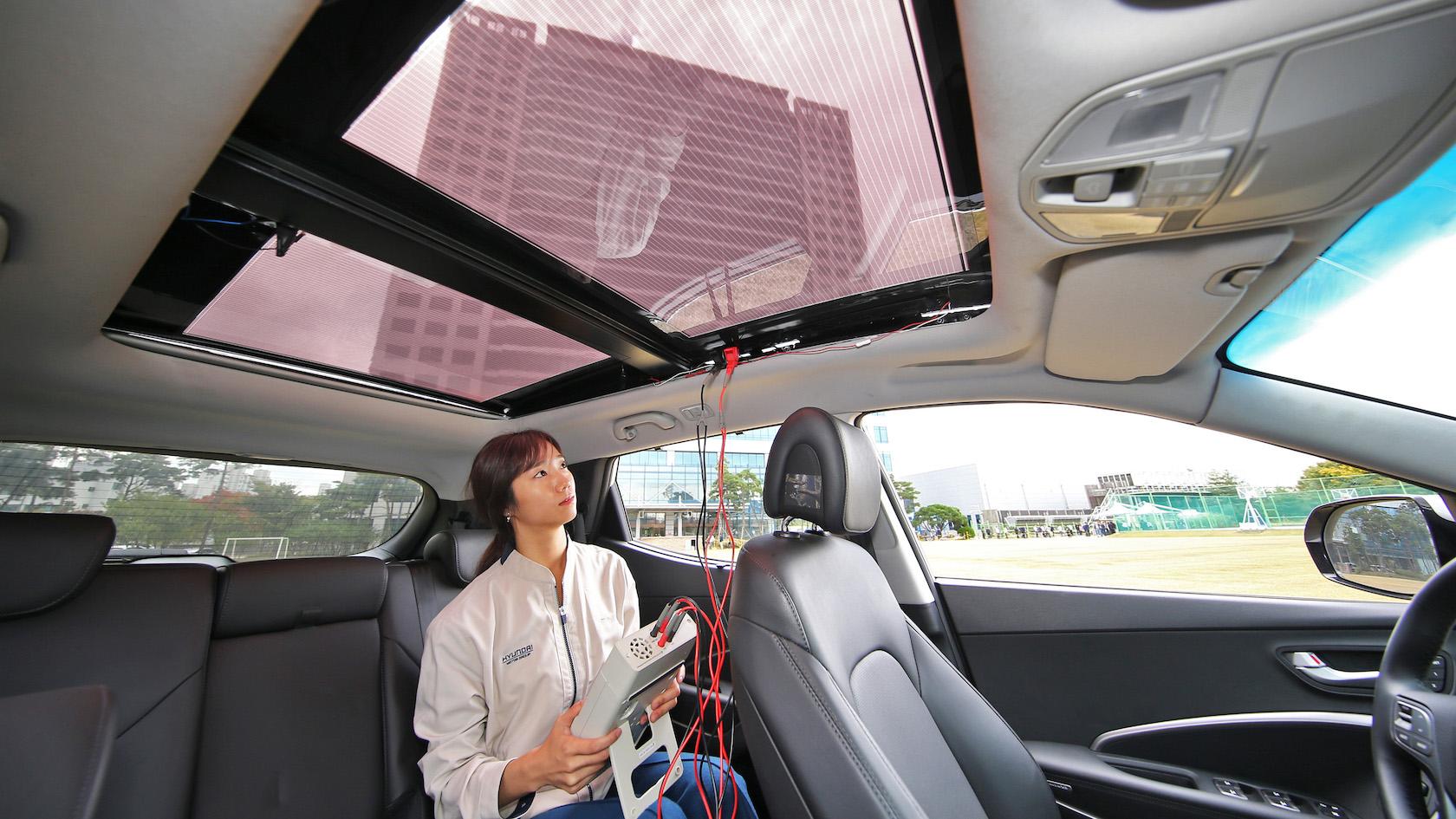 As for the power generated, that will either be used to charge up the vehicle’s regular battery, or to an additional battery. It’s unclear just how much power could actually be generated, but Hyundai says it would be enough to offset emissions and, importantly, work around “global-scale environmental laws that regulate CO2 emissions.” Even if it didn’t add to a vehicle’s range, solar-generated energy could offset the demands on a gas engine of an AC generator which is typically used to power infotainment and other electronic systems.

Finally, there’s the third-generation solar lid system. Hyundai says that’s still in the midst of a pilot study, but if all goes to plan it would see solar panels installed onto both the roof and hood of a vehicle. That would presumably deliver the maximum benefits, as more of the car’s upper surface would be generating power. 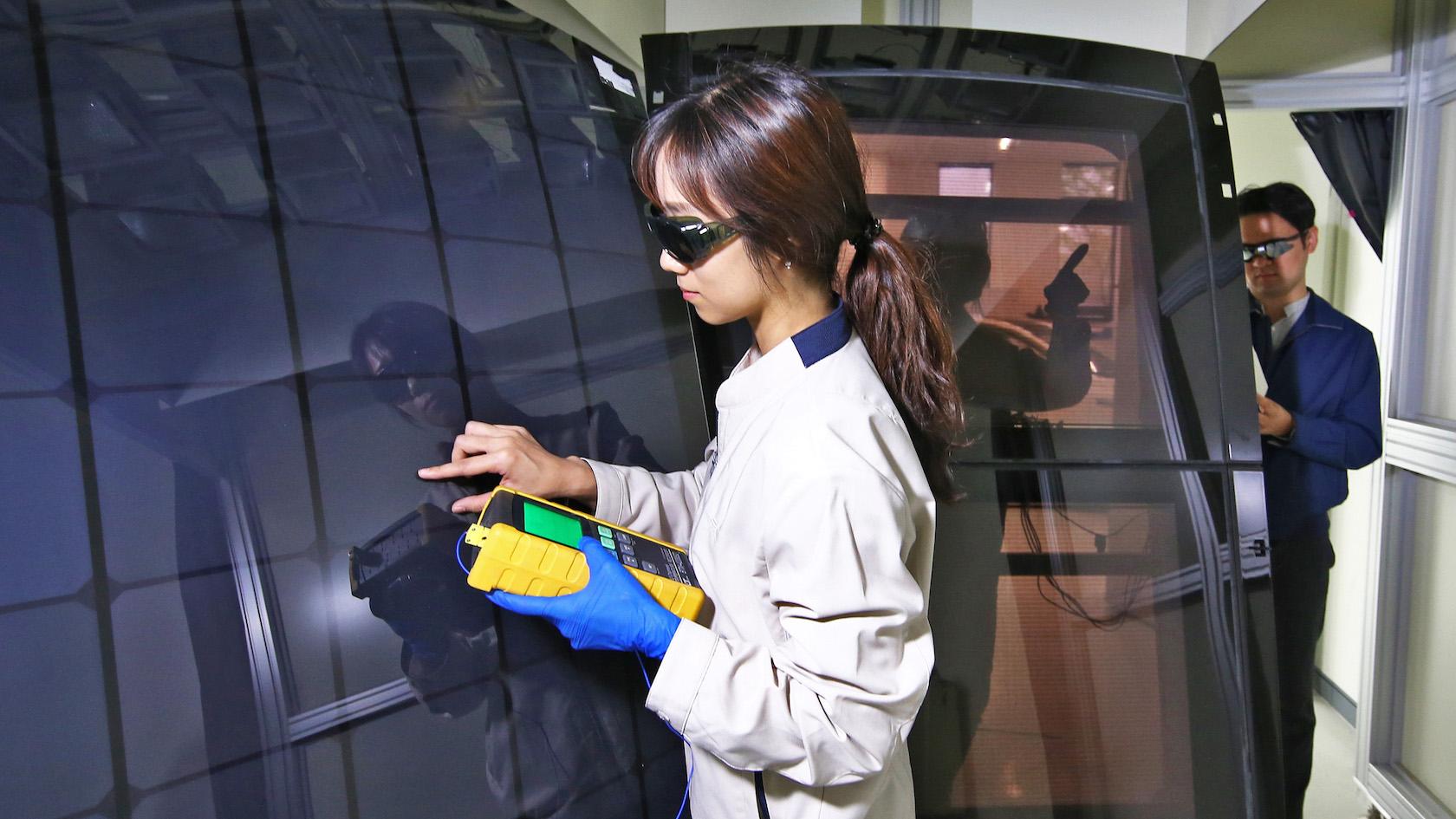 A 100W solar panel, given typical summer noontime levels of sunshine, could deliver 100 Wh of energy an hour, Hyundai points out. While that’s not enough to stop you from plugging in altogether, it could definitely offset your mains electric use. For drivers who want to go more green but are unable – for various reasons, including renting – to install their own solar panels on their roof, having them mounted on the car instead might be a useful workaround.

Hyundai says the first vehicles from it and Kia Motors to launch using the first-generation solar panels will arrive after 2019. No word on which models at this stage, nor what they might add to the sticker price of the typical car.